Retired DEV-11605 RoHS
Note: Retired Product
This product has been retired from our catalog and is no longer for sale. This page is made available for those looking for datasheets and the simply curious. 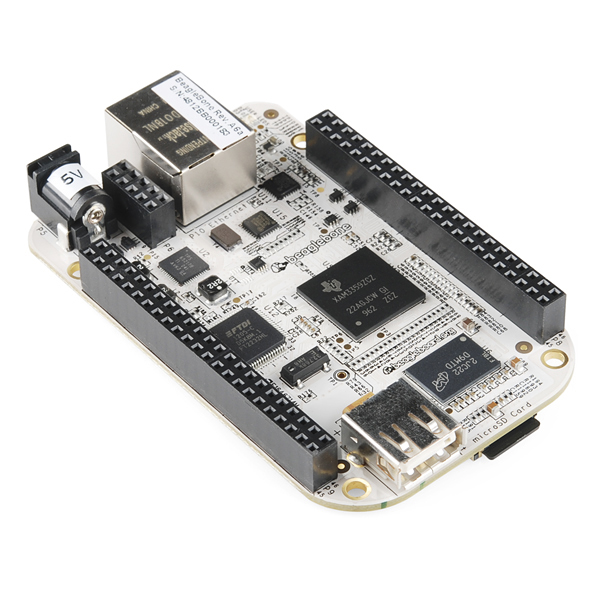 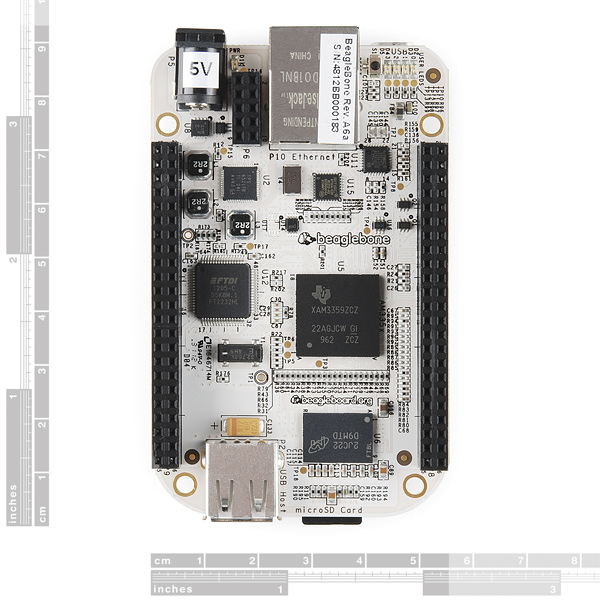 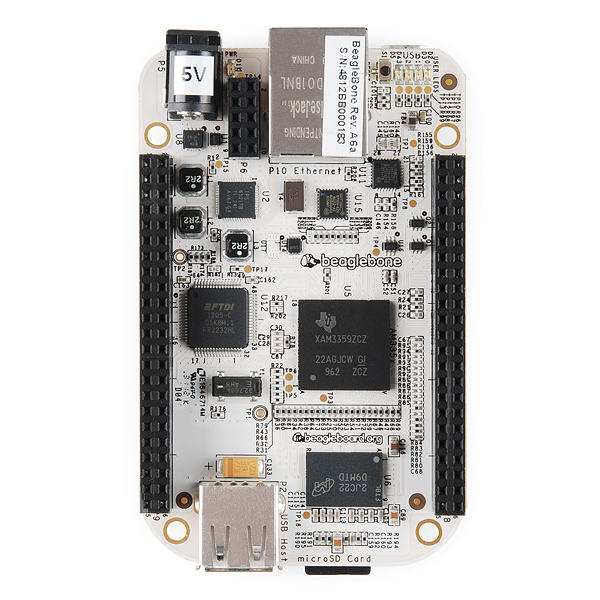 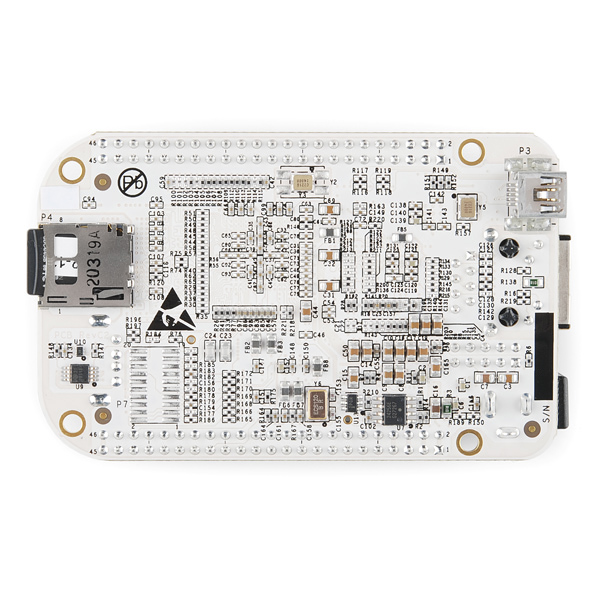 Retired DEV-11605 RoHS
Note: Retired Product
This product has been retired from our catalog and is no longer for sale. This page is made available for those looking for datasheets and the simply curious.

Replacement:DEV-12076. The new Beaglebone Black is now available, go check it out! This page is for reference only.

The BeagleBone is a low-cost credit-card-sized Linux computer from BeagleBoard that connects with the Internet and runs software such as Android 4.0 and Ubuntu. It's smaller and lighter than their other boards like the BeagleBoard-xM and while it may not have quite the processing power that their large model does, the BeagleBone is perfect for physical computing and smaller embedded applications. On-chip Ethernet and access to low-level peripherals like analog-to-digital converters give the BeagleBone the upper hand in expansion.

With plenty of I/O and processing power for real-time analysis provided by the TI Sitara™ AM335x ARM® Cortex™-A8 processor, BeagleBone can be complemented with cape plug-in boards which augment BeagleBone’s functionality.They're called capes because Underdog is a beagle and he wears a cape. Makes sense, right?

At over 1.5 million Dhrystone operations per second and vector floating point arithmetic operations, BeagleBone is capable of not just interfacing to all of your robotics motor drivers, location or pressure sensors and 2D or 3D cameras, but also running OpenCV, OpenNI and other image collection and analysis software to recognize the objects around your robot and the gestures you might make to control it. Through HDMI, VGA or LCD expansion boards, it is capable of decoding and displaying multiple video formats utilizing a completely open source software stack and synchronizing playback over Ethernet or USB with other BeagleBoards to create massive video walls. If what you are into is building 3D printers, then BeagleBone has the extensive PWM capabilities, the on-chip Ethernet and the 3D rendering and manipulation capabilities all help you eliminate both your underpowered microcontroller-based controller board as well as that PC from your basement.