Retired WRL-12582 RoHS Open Source Hardware Has 3D Model 10
Note: Retired Product
This product has been retired from our catalog and is no longer for sale. This page is made available for those looking for datasheets and the simply curious. 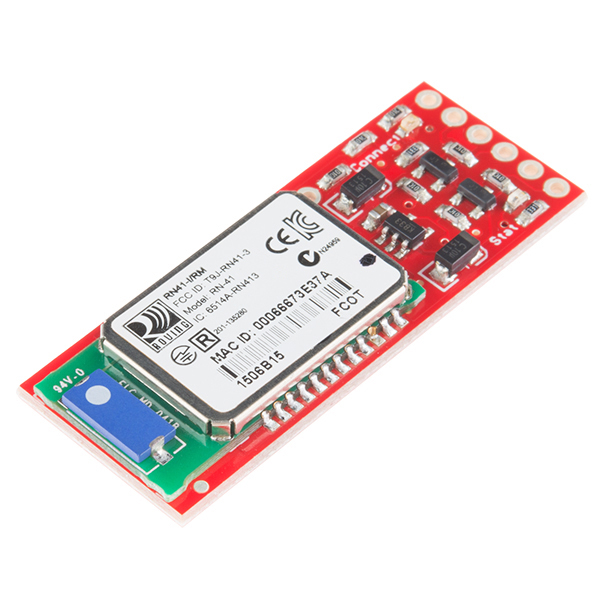 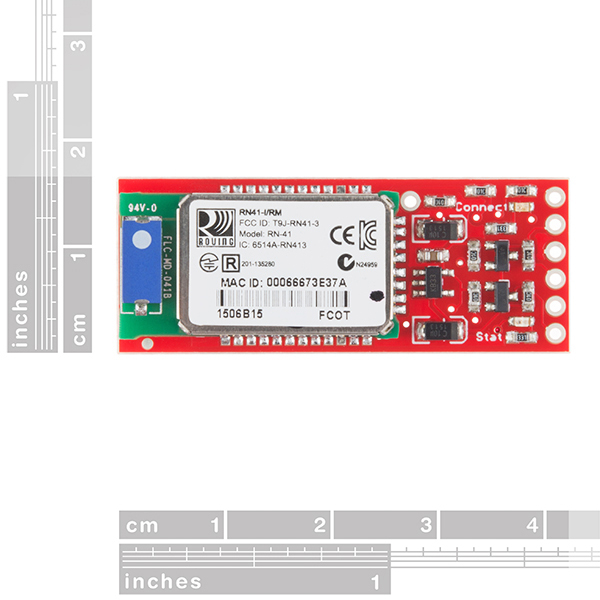 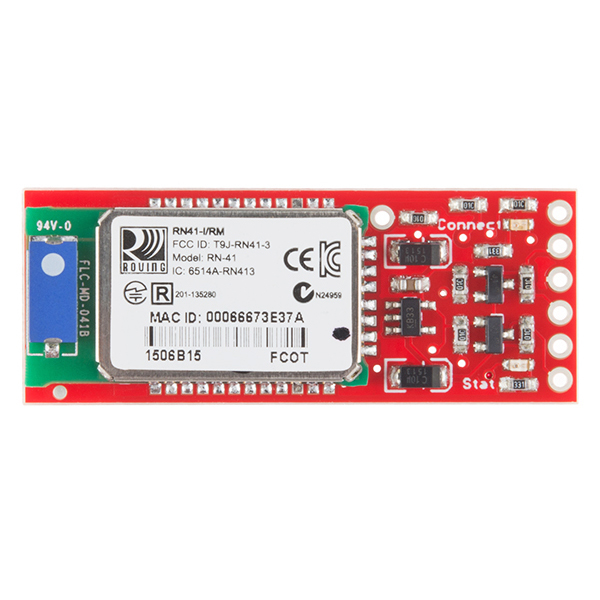 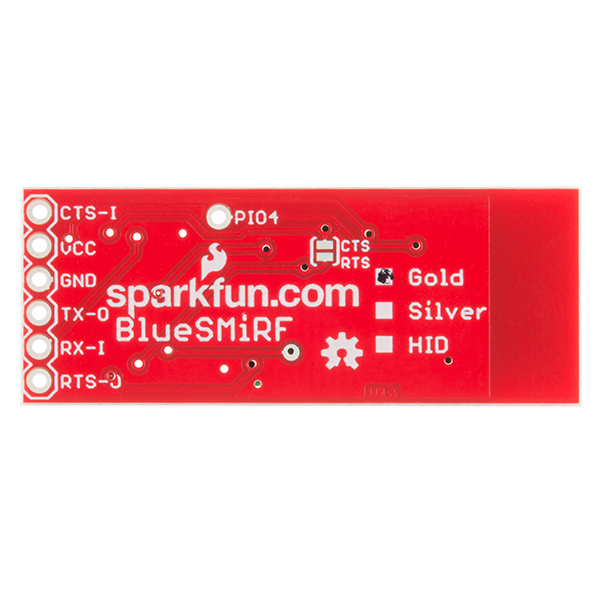 Retired WRL-12582 RoHS Open Source Hardware Has 3D Model
10
Note: Retired Product
This product has been retired from our catalog and is no longer for sale. This page is made available for those looking for datasheets and the simply curious.

The BlueSMiRF is the latest Bluetooth****wireless serial cable replacement from SparkFun Electronics! These modems work as a serial (RX/TX) pipe. Any serial stream from 2400 to 115200bps can be passed seamlessly from your computer to your target. We've tested these units successfully over open air at 350ft (106m)! The latest version of this board also breaks out PIO4.

Note: The remote unit can be powered from 3.3V up to 6V for easy battery attachment. All signal pins on the remote unit are 3V-6V tolerant. No level shifting is required. Do not attach this device directly to a serial port. You will need an RS232 to TTL converter circuit if you need to attach this to a computer.

Note: This is a single unit only. We recommend the purchase a USB dongle to interface to a computer if you do not already have access to a computer with Bluetooth connectivity.

How to get started using the BlueSMiRF and Bluetooth Mate Silvers.
Favorited Favorite 11

The SparkFun Arduino ProtoShield PCB and ProtoShield kit lets you customize your own Arduino shield using whatever custom circuit you can come up with! This tutorial will go over its features, hardware assembly, and how to use the shield with an Arduino R3 footprint.
Favorited Favorite 3

about 6 years ago by Member #782789 verified purchaser

I wanted to implement a point-to-multipoint piconet. Since a document I found on the Sparkfun website talked about that very thing, I assumed the bluesmirf would support it. I was disappointed to learn that it doesn't. I tried a serial point-to-point scheme, but it takes several seconds to connect, and that's too slow for my application.

Easiest way to talk to your Arduino / microcontroller over Bluetooth

about 6 years ago by Member #618324 verified purchaser

Solder on some pin headers, connect this baby to your Arduino's UART, and you're ready to talk to a mobile device or laptop. Works like a charm with PyBluez, too!

about 6 years ago by Member #122893 verified purchaser

Tried this module as a Bluetooth interface to a serial port. Configured the module to 57600 baud (which is the port speed on my device) and had multiple instances of either corruption or choking on the speed. I was hoping to use this module to gain a bit more distance with its more power, but even at 3 feet it just could not handle the data flow. If you are using it for audio or something where static is OK, then this is for you. For applications where you need the data to reliably get from point A to point B, then not so good. I think they are trying to pack too much into the module? I don't know. Roving Networks doesn't exist any more, so there is no support either. I guess MicroChip bought them out and kind of abandoned the product line. We used to be able to talk directly to the tech guys at Roving in the old days.

I found that the cheap BT modules from China are far superior for the simple BT-to-SPP applications even though they don't have the most powerful radios in them.

It's very strange, I was just expecting more for 7X the price of the China modules.

about 6 years ago by Member #581514 verified purchaser

This module was purchased to replace a RF system that was giving us trouble in the prototype phase. Once I got this unit wired up it was easy to use and wonderfully simple. The hardest part was finding an android app that would do what I wanted it to do. Changing the settings is really easy once you have a Bluetooth terminal running. I was able to do all of the settings adjustment on the fly with my phone! It has been a blessing to work with. I plan on figuring out how to get this module into many of my future projects.

Just what I needed

about 5 years ago by Member #713881 verified purchaser

Extremely easy to interface to and get running. Sparkfun's quick shipping gave me the edge I needed to get my project started quickly.

Great and easy to work with

The module interfaced easily and was very simple to get working. My only problem is that occasionally the module will freeze. I cannot tell if the module's buffer is filling or if it is receiving a certain string to go into a command mode; either way it freezes until reset now and then. I would use this for prototyping but more research would be needed before I would consider depending on this for anything critical.

about 3 years ago by Member #288179 verified purchaser

Once I figured out how to program the name and baud rate the BlueSMiRf works great... very reliable and solid connection each time. Programming the module is not straightforward. You have to follow the Hookup guide closely and hold your mouth just right while lifting your left leg to put the module into command mode. Great module otherwise. I will buy more.

Did not work as expected

about a year ago by Member #681137 verified purchaser

I purchased this modem to use in conjunction with the SparkFun Arduino ProtoShield v2. My expectation was that I can use this modem to eliminate the USB cable that connects the Arduino to my laptop. It does not do that. I followed a lot of troubleshooting advice and I can only prove that it functions. This means my laptop bluetooth can find it and they can exchange basic info. However, I can't program my Arduino or use the Arduino serial terminal over that bluetooth connection from my laptop to the BlueSMiRF board. It is advertised as "wireless serial cable replacement ". I wish it was.

about 6 years ago by Member #713080 verified purchaser

SMiRF surveillance has never been easier with this module.

about 9 months ago by Member #277403 verified purchaser

I had several Arduino projects where I used AT-09 modules. These had a range of about 30 feet going through two walls. I purchased BlueSMiRF modems for the increased range. These modems did not perform any better than the AT-09 modules using the same environmental conditions.