Retired PRT-13606 RoHS
Note: Retired Product
This product has been retired from our catalog and is no longer for sale. This page is made available for those looking for datasheets and the simply curious. 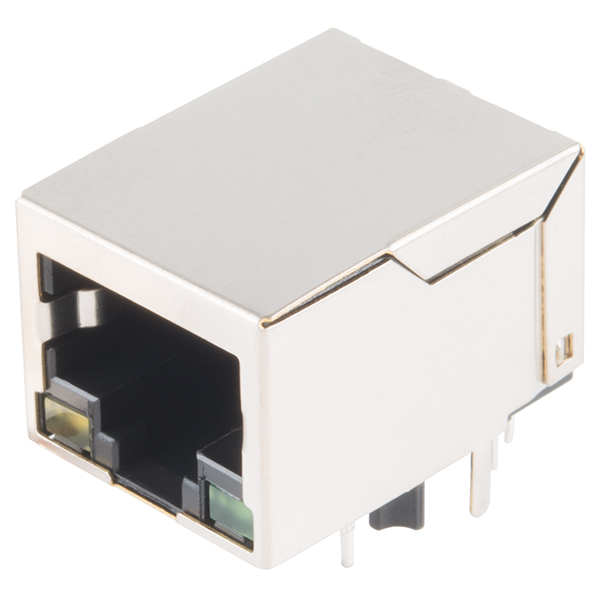 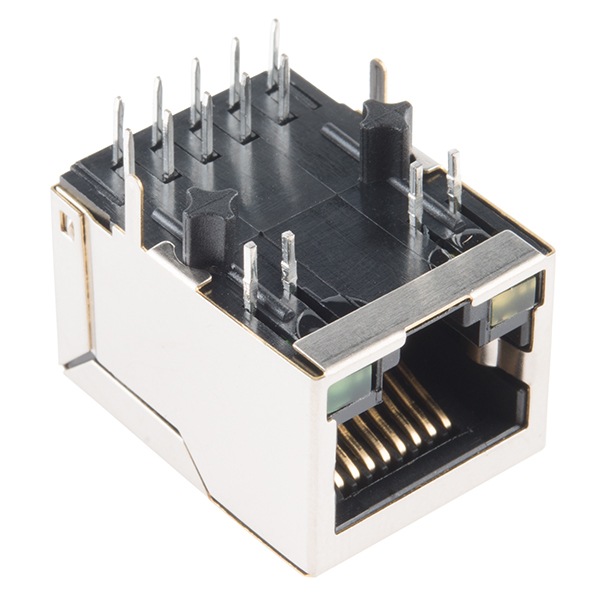 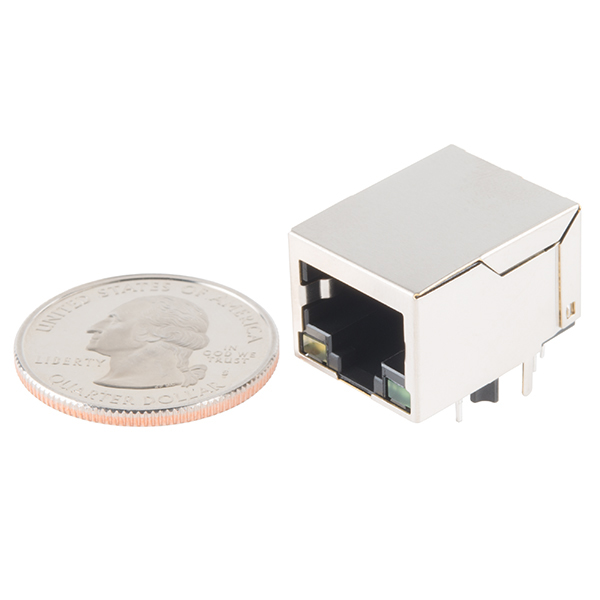 Retired PRT-13606 RoHS
Note: Retired Product
This product has been retired from our catalog and is no longer for sale. This page is made available for those looking for datasheets and the simply curious.

This is a very simple RJ45 PoEthernet MagJack connector that can help connect you to the Internet with the ability to provide power. Power over Ethernet, or PoE for short, is a system that’s designed to pass data and power, safely, over the same CAT5 cable. This specific connector was once used for our (now retired) SparkFun PoEthernet Shield. We found out we still had some left over stock and wanted to give you the opportunity to capitalize on the low price.

Inside each RJ45 are a number of transformers and magnetics required for isolating Ethernet signals. There are even some LEDs poking out the end.

Note: We are currently waiting on our supplier to get a Datasheet for the RJ45 PoEthernet MagJack. Check back soon for more information.

This Experiment Guide will get you started with the wonderful world of mbed microcontrollers. Need to find that next step after mastering the Arduino? This a great place to take those skills to the next level.
Favorited Favorite 8