Retired COM-09259 RoHS
Note: Retired Product
This is a retired product. There is an updated version available: COM-10878 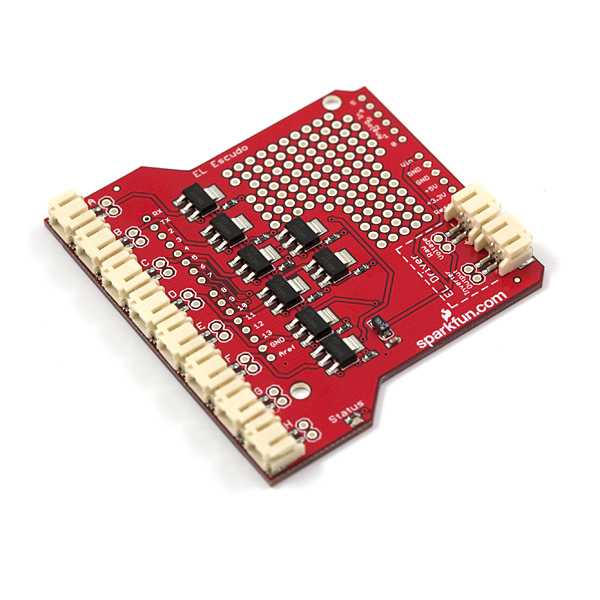 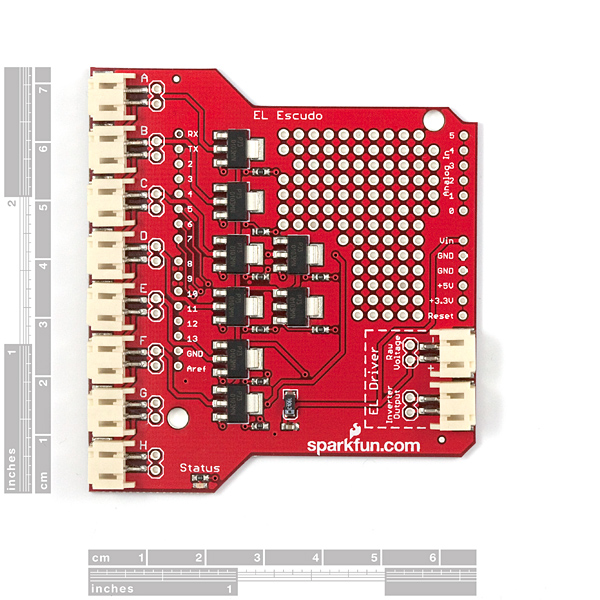 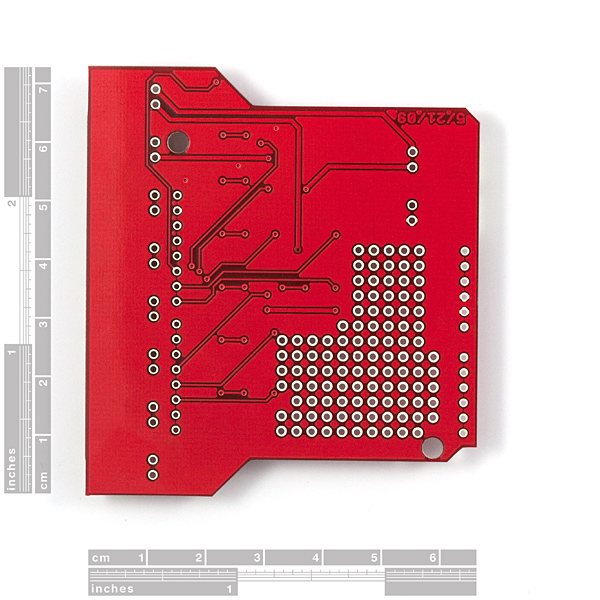 Retired COM-09259 RoHS
Note: Retired Product
This is a retired product. There is an updated version available: COM-10878

Replacement:COM-10878. We've pushed this shield through a big upgrade! It now features zero-crossing optoisolated triacs and a 0.5A adjustable linear regulator. This page is for reference only.

The EL Escudo is an Arduino shield that drives EL wire. Electroluminescent wire is this really neat, flexible cord that emits a florescent light. Some times referred to as 'cool neon' because the cord does not heat up. The kicker is that EL wire runs on high voltage AC - about 125V at 425Hz. While EL wire requires very little power, you can't use normal transistors to turn on/off a string of it. So we created the EL Escudo that uses TRIACs to control up to 8 channels.

We also recommend using the Arduino Stackable Headers to provide enough clearance for the USB and Barrel Jack Connectors.

What do I use this for? Checkout the demo video. You can have a lot of fun with EL! The demo video shows 8 strands of about 12" lengths of EL. The length of wire is arbitrary - you can have 100ft wires, it doesn't matter! Your inverter must be matched with the length of EL wire but it's not exact. I'm pretty sure we've got a 5-15ft rated inverter driving 12" segments. The inverter may not like it, but it works. Check below for our inverters.

No really, what do I use this for? Oh! Oh, an example. Ok, checkout our tutorial on the Heartbeat Straight Jacket. It's a combination of EL wire and some fancy 2.4GHz wireless control. All built into a straight jacket for Burning Man.