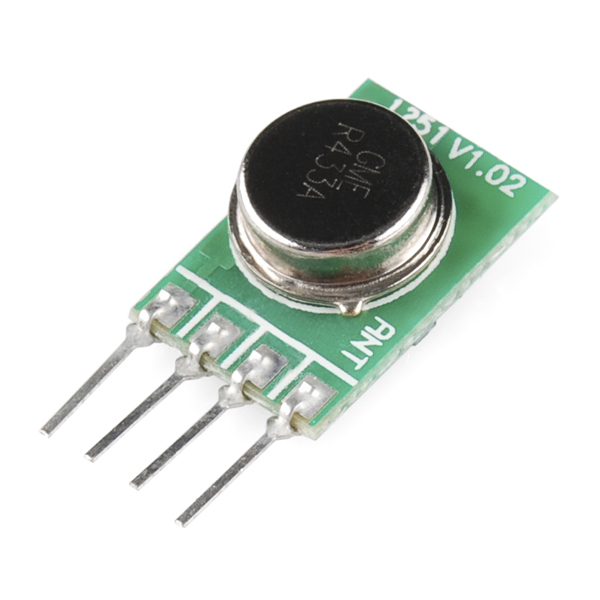 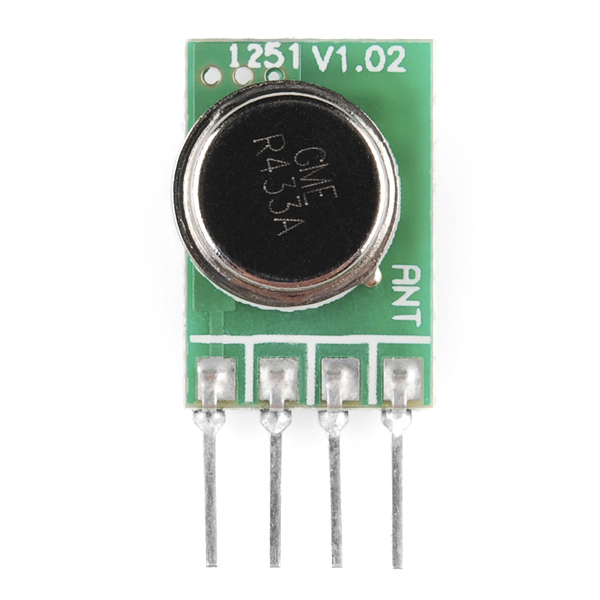 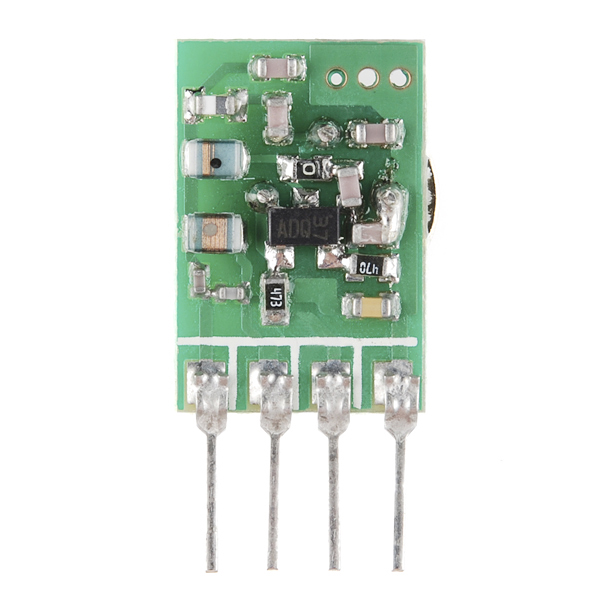 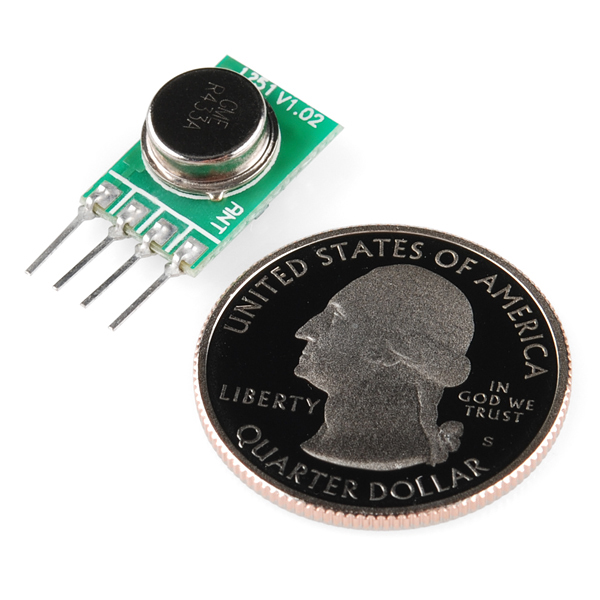 These wireless transmitters work with our 434MHz receivers. They can easily fit into a breadboard and work well with microcontrollers to create a very simple wireless data link. Since these are only transmitters, they will only work communicating data one-way, you would need two pairs (of different frequencies) to act as a transmitter/receiver pair.

Note: Color may be blue or green, but they are the same module.

last updated about 11 months ago

Depending on the Arduino library that you use, you could pair this RF Link with an ESP8266 to control wireless remote control sockets that use the same frequency. Here's one project example.

Pin 2 of your Arduino should connect to pin 2 of your RF Link Receiver 434MHz. When the button is pressed from the transmitter side, the corresponding LED on this side will light up on pin 8. One thing to note is that the associated LED will not light up on the receiver end if you do not have the associated character to check if it is what is received. An example is if you send a string of characters “Pin 4,” the receiver LED will not light up when the characters “Pin ” is sent. It will only light up when it sees the number “4”.

about 5 years ago by MoviesColin verified purchaser

Paired with the receiver and two Arduinos, I went from knowing nothing about coding transmission signals to getting a wireless transmission between them; all within an hour. Works flawlessly with VirtualWire library. Reliable, easy to use. Very pleased with it!

about 3 years ago by GeckoStudios verified purchaser

I was designing a new remote for a gate and garage opener and wanted to keep things simple. After researching RF communication, I realized the main reason people were getting so little range from most RF units was the low power output of the transmitter. Most of these were using 5 - 10 mA. Sparkfun's transmitter uses 32 mA of output power as long as you feed it 12 volts. With just a straight piece of wire that was not the optimal length and using the Radiohead library, I was able to walk over 200 feet away communicating through a brick wall and still send a reliable signal. If I had a better line of sight, I'm sure I could have gone farther, but this was plenty far for what I needed. If you want a simple method of wireless communication and aren't worried about security, the 434 MHz transmitter and receiver while using Radiohead on an Arduino is a great solution.