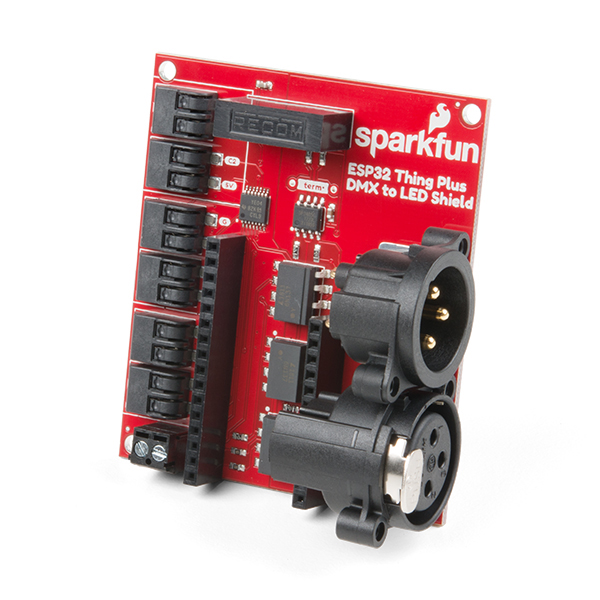 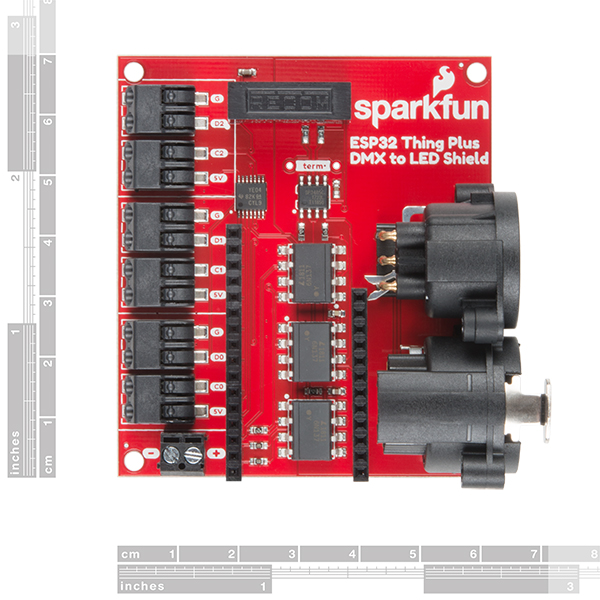 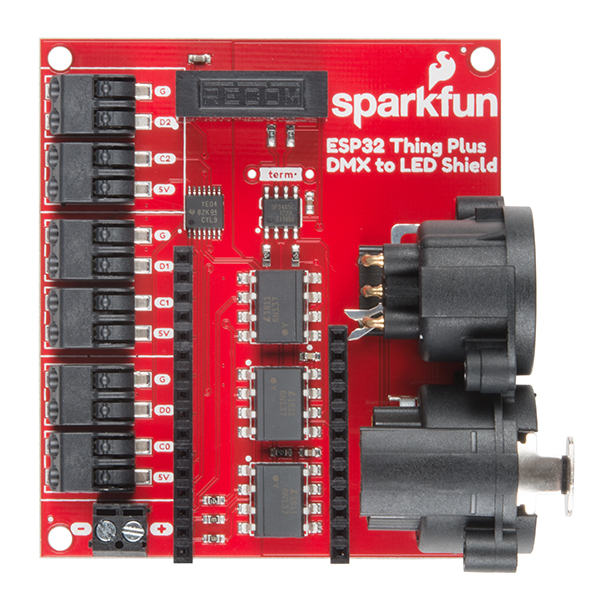 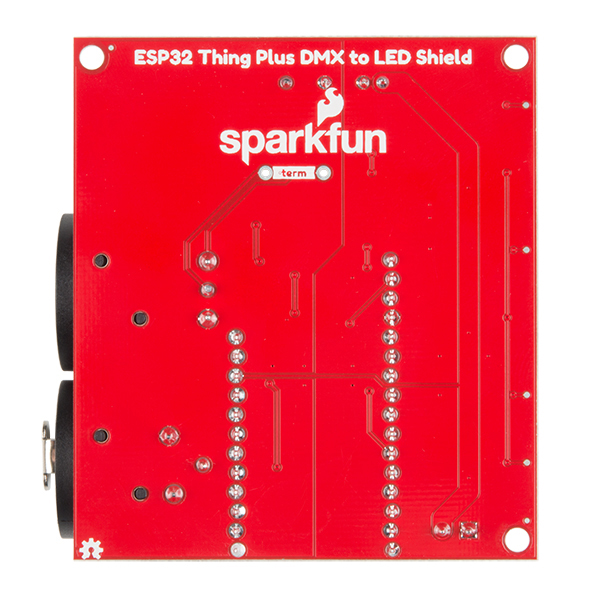 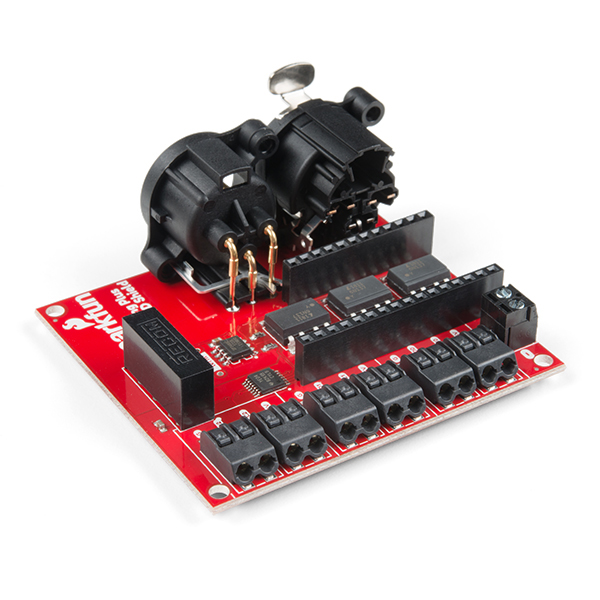 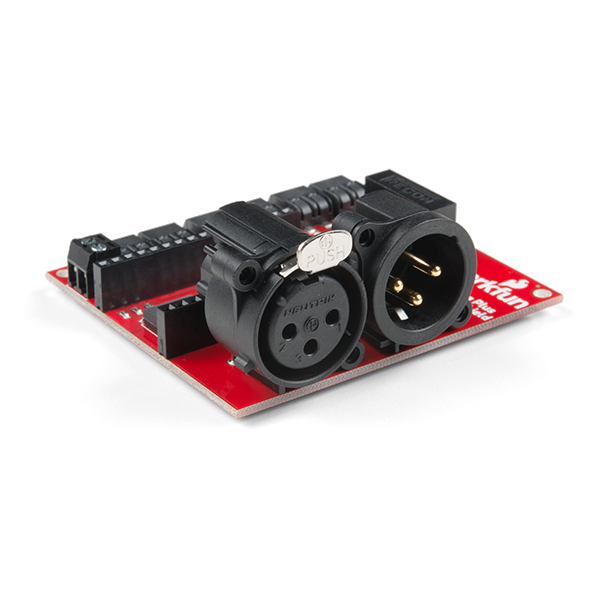 The SparkFun ESP32 Thing Plus DMX to LED Shield is the perfect way to send and receive DMX data. Whether it's coming in via the onboard XLR-3 jack or ArtNet, or outputting over the XLR-3 Jack/ArtNet, this shield has you covered! It's the perfect way to get started developing your own custom DMX fixtures, or even adding ArtNet capabilities to a current fixture. It also holds up to the DMX standard which requires electrical isolation between the controller and communication side to avoid ground loops.

The DMX to LED Shield can be powered either through the screw terminals or the USB connection from your microcontroller that's plugged into the shield. The screw terminal is a 2-pin 3.5 mm screw terminal capable of accepting 26-16 AWG wire with a strip length of ~5-6mm. Please note that you should always power the shield with 5V to provide proper power for RS485.

The outputs are broken out to poke home connectors ordered to match up with APA102 LED strips and LuMini devices. The DMX to LED shield is designed to work with the SparkFun Thing Plus - ESP32 WROOM or any board with a Feather footprint, so Feathers and Feather-Wings will fit it. Since many Feather boards are 3.3V logic, there is a logic level converter between the microcontroller and LED data pins to bring the poke home connectors up to 5V logic.

Get Started with the SparkFun ESP32 DMX to LED Shield Guide

Learn how to utilize your DMX to LED Shield in a variety of different ways.
Favorited Favorite 11

about 3 years ago by Member #391567 verified purchaser

I'm using this board to drive WS2812s that are separated from this board by about 8 feet of cable. The cable has decent stray capacitance, which causes the TXB0104 level shifter to freak out as it can't source or sink enough current to give nice sharp edges. This causes my LEDs to strobe out.

To fix this problem, I've added another WS2812 immediately off the board, which is always written blank, then wire the remaining LEDs to the cable. The extra LED acts as a buffer to clean up the signal. The WS2812s have a much stronger drive than the TXB0104. The TXB0104 is designed to be a signal level shifter, not a line driver...

Not the most elegant of solutions, but it works.

Other than that, works great.

My recommendation for the next revision would be to add a 7400 series buffer to the outputs, allowing for longer cables between boards and LEDs. Depending on the chip, you might be able to get away with using it as the level shifter.