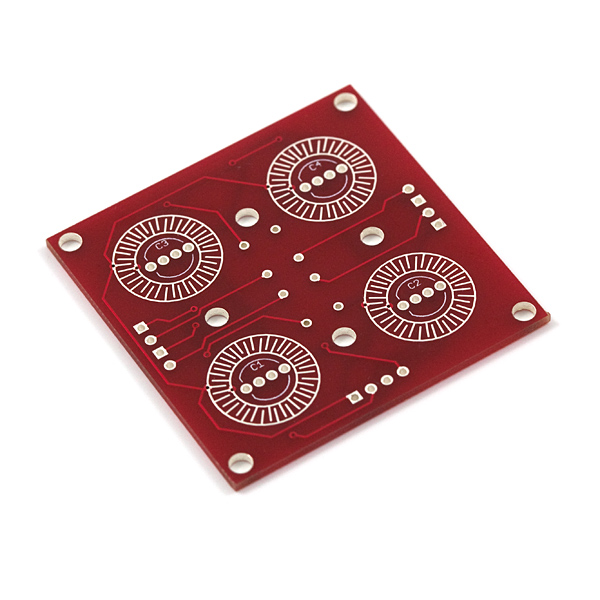 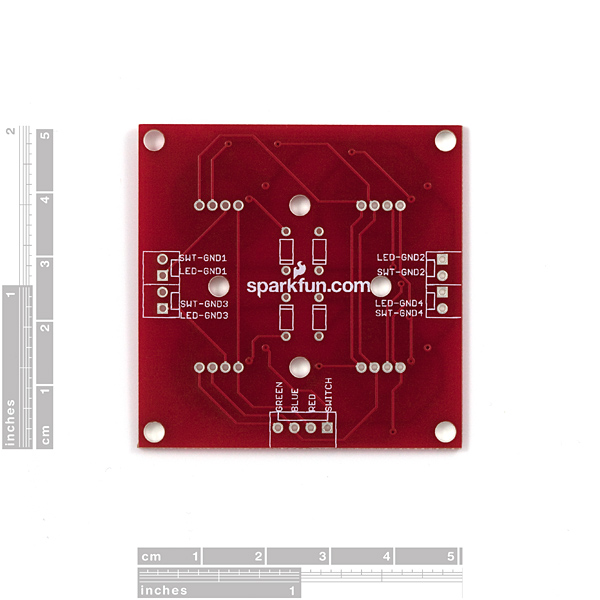 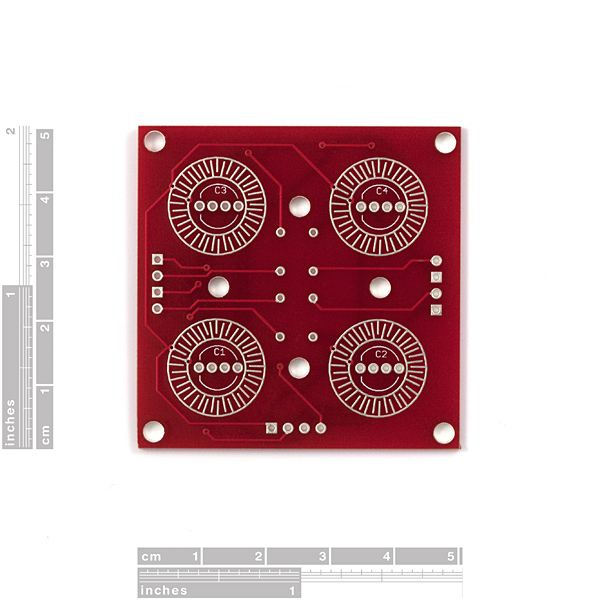 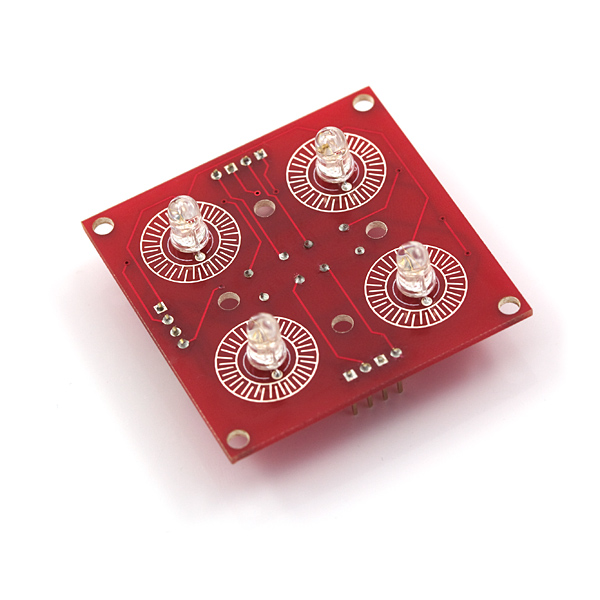 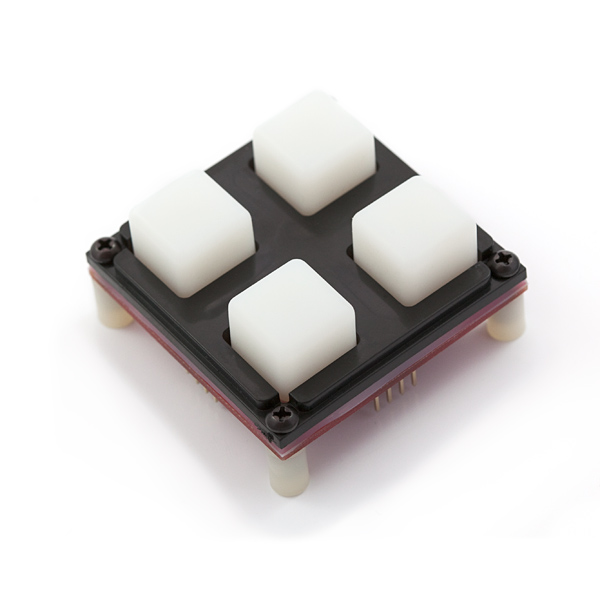 This a simple breakout PCB for our 2x2 silicone button pads. Each LED and button is brought out to the side connectors. The connectors are soldered to the back side of the PCB. We recommend trimming the connector leads on the button side as short as possible to reduce the deflection of the pad.

Now with footprints for diodes! Use the super cheap 1N4148 through-hole diodes. These can be used to isolate the switches to make for a bit easier decoding.

about 4 years ago by Member #347401 verified purchaser

All of the other comments and reviews are pretty spot on. The blue and green are flipped if you use SF's recommended RGB LEDs and the diodes aren't really necessary.

I wanted to use the buttons with a Frightprops boobox and had to remove the diodes to get the button inputs to work properly (if you read this first and happen to be doing the same thing, you can reverse them instead. I just used jumpers.)

Despite all that, they do what they are supposed to but it requires some research to make sure it's not broken.

about 4 years ago by Member #777178 verified purchaser

I purchased these for my grandson. He says they are great. He was able to do the job he had in mind. He is 11. He has joined two of them and has the output wired to a frequency generator which now has an octave of notes.