Retired KIT-10212 RoHS 5
Note: Retired Product
This product has been retired from our catalog and is no longer for sale. This page is made available for those looking for datasheets and the simply curious. 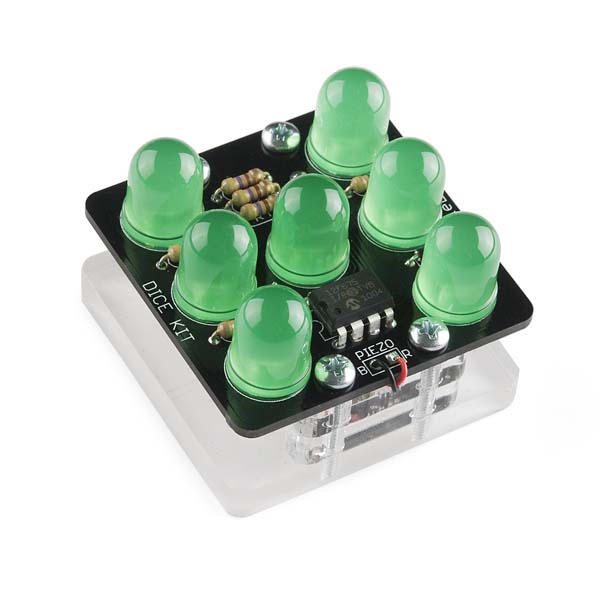 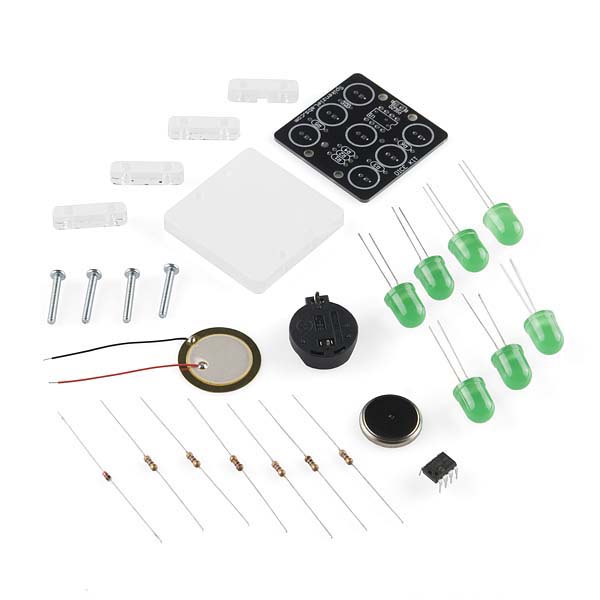 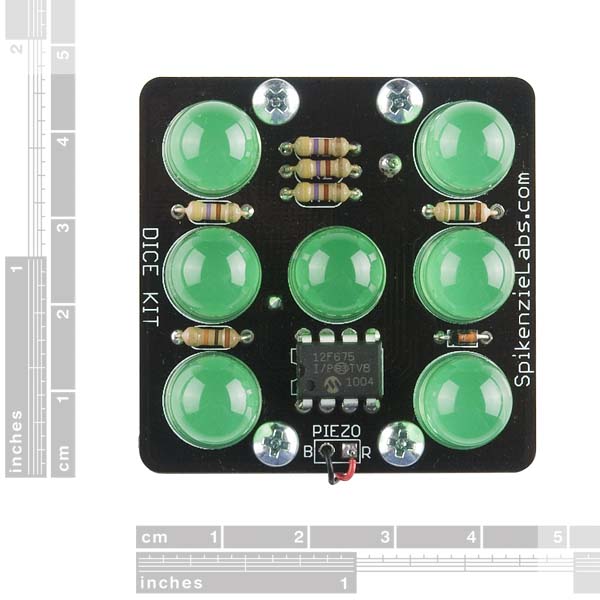 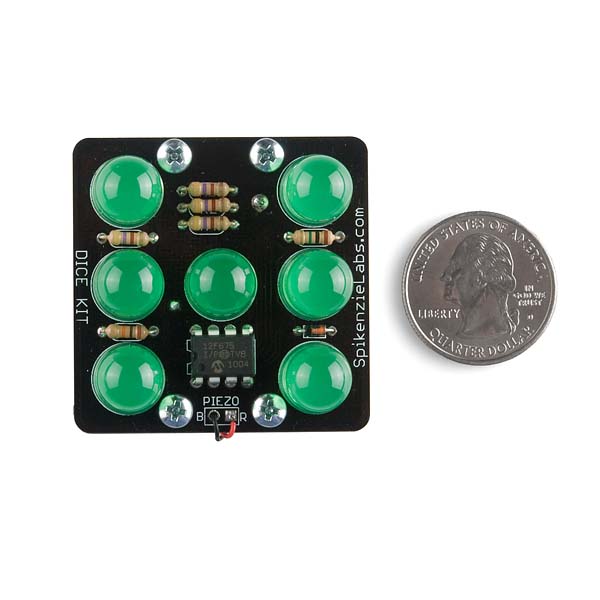 Retired KIT-10212 RoHS
5
Note: Retired Product
This product has been retired from our catalog and is no longer for sale. This page is made available for those looking for datasheets and the simply curious.

The Dice Kit is a beginner's soldering kit that comes with everything you need to make your own electronic die. When you tap it on the table, it displays a number from 1 to 6 by lighting up the appropriate number of LEDs in the same layout as found on traditional non-electric dice.

The kit uses a piezo element for detecting the tap on the table and uses a pre-programmed microcontroller. It also includes a laser cut acrylic base and battery. There's no programming required and a beginner can get the kit together in about an hour or so. You will need a soldering iron and basic tools. Also, a dab of glue or double-sided tape is recommended as well.

Note: Due to the requirements of shipping the battery in this kit, orders may take longer to process and therefore do not qualify for same-day shipping. Additionally, these batteries can not be shipped via Ground or Economy methods to Alaska or Hawaii. Sorry for any inconvenience this may cause.

about 8 years ago by Member #628785 verified purchaser

Easy assembly. Nice base and supports. I prefer the acrylic over other dice kits that use PCB for top and bottom with metal supports. Bought two and I need to buy two more once they come back in stock.

about 7 years ago by Member #395660 verified purchaser

Easy to assemble. It worked well... for 5 minutes, then died forever.

Edit: Sparkfun sent me a new piece, which I assembled, and it has been working fine since then. My kids like it

about 5 years ago by Member #823017 verified purchaser

about 2 years ago by kingzor verified purchaser

I got everything assembled per the clearly worded directions. This was a fun kit to build.

Unfortunately anytime I tap to "roll" the die, if the LED next to the words "DICE KIT" lights up it immediately "rolls" again with no further input. The LEDs all flash until it settles on a one (only the center LED lit), or some other pattern without the one LED near "DICE KIT" lit up. This includes non-standard dice patterns, like two out of three lit on one long row and one out of three on the other.

Despite the instructions saying that the patterns are determined by the controller, I tried replacing the LED which would not stay lit. With a new LED the same behavior persisted.

You may have a bad board, please fill out the form on this page and we can help. :-)

This dice kit was simple to build. The satisfaction that you get when you are done building it and it lights up, is awesome! 10/10 would buy again