WiFi is ubiquitous. It’s in our homes. We look for it in our coffee shops. We expect it whenever we go to an airport or check into a hotel. For most people, simply knowing it’s there is enough. But for many of us, especially from engineers to makers to students, we want to know more. What exactly is WiFi and how does it work? But more importantly, how can I use WiFi in my projects?

What does WiFi stand for?

WiFi is an acronym for…nothing. People might assume that just as Hi-Fi is short for High Fidelity, which the music industry used to refer to components necessary for or capable of the high-quality reproduction of sound, WiFi would be short for something as well. But there is no “Wireless Fidelity.” As much as our brains want something like “WiFi” to be an acronym or abbreviation, WiFi is simply a (trademarked) word of the non-profit WiFi Alliance, given to the wireless technology that allows devices to connect to the internet or each other without being tethered by cables.

A brief history of WiFi

The beginnings of WiFi date back much further than most of us probably think. In 1971, researchers at the University of Hawaii demonstrated ALOHAnet, the first wireless packet data network. ALOHA, for this project, stood for Additive Links On-line Hawaii Area (see, everyone loves an acronym), and was designed to connect users across the islands to a central computer on Oahu.

Jumping forward to 1985, the FCC granted authorization for spread spectrum systems to operate in the ISM (Industrial, Scientific, and Medical) bands at 902-928, 2400-2483.5 and 5725-5850 MHz on a noninterference basis to other authorized users of these bands. Throughout the 1990s, researchers continued to develop Wireless communication protocols, building on what would eventually become 802.11. With so many groups working to standardize wireless communication protocols around the world, 1999 saw the formation of the WiFi Alliance, a worldwide network of companies dedicated to establishing and enforcing standards for interoperability and backwards compatibility of all devices using WiFi technology.

To go into the full technical aspects of how WiFi works could be an entire thesis, not just a paragraph. So let’s look at this from a very broad perspective. WiFi is simply another means of transferring data wirelessly from one location to another. As WiFi has continued to develop over the years, different protocols have been established, both to make WiFi faster and more reliable, and to create more targeted applications of the technology. Since around 2009, most WiFi operates at 2.4GHz or 5GHz radio frequency bands.

Even the most basic explanation of WiFi can be expansive, well beyond what we can touch on here. Digging into things like Orthogonal Frequency Division Multiplexing and Quadrature Phase Shift Keying is probably more than you are looking to learn today, and quite honestly, probably for another website. But, if you want a slightly more in-depth look at WiFi, we highly recommend the video below.

Everything you need to know to know about WiFi.

More than connecting to the internet

We've all asked the question, "What's your WiFi password?" Connecting to the internet with the device of your choice is far and away the most common use for WiFi. There are, however, many other uses for WiFi that don't include connecting to the internet. Most "non-connected" WiFi use cases are peer-to-peer applications that use WiFi to transmit data from one another without always needing a hub or router. So called "smart home" devices are good examples of peer-to-peer devices. Some examples include: 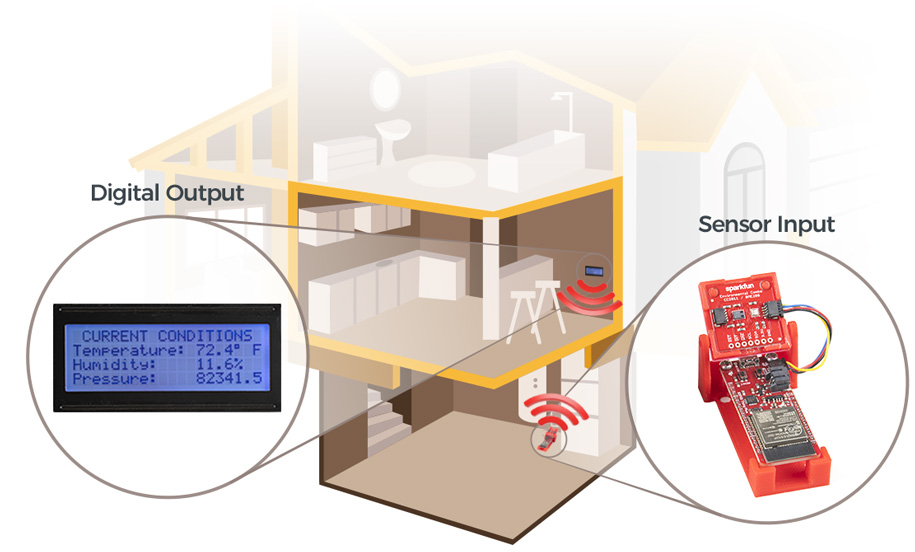 An example of a peer-to-peer connection using WiFi. You can do this yourself with this tutorial.

A lot of what we do at SparkFun involves solving problems with physical computing. Physical computing systems interact with the real world using hardware and software for specific purposes. Looking at the example above, let's say you needed to monitor temperature and humidity of your basement and have it displayed on a screen? One option would be to have a sensor in your basement that has wires coming up through the floor that shows the temperature and humidity on a display. Or, you could achieve this without drilling through your floor and let WiFi send that sensor data to the display. Again, this is an example of a peer-to-peer network that does not need require an internet connection. As long as the WiFi signal is within range of what the hardware can provide you'll be able to monitor the sensor readouts from any nearby location. Now let's take that a step further, what if you needed to monitor system from literally anywhere? Well, my friends, this would officially put you into the world of IoT (Internet of Things).

WiFi is widely used in IoT applications because of its relative ease of connecting to the internet and its vast availability. The fact that many businesses and homes have access to an internet connection via WiFi opens up a world of IoT possibilities. There are many available online data visualization tools to transform, display, organize and even control connected devices from your computer or smartphone. Technology-wise, WiFi's signal versatility also makes it a great IoT communication protocol. Generally speaking, modern versions of WiFi devices have moderate power consumption, moderate to long signal range, high data rate, and low latency. This makes WiFi especially helpful when you need to send and receive high amounts of data very quickly like video from a surveillance camera. What makes WiFi even more unique is its ability to support both broadband and narrowband applications for different application requirements. 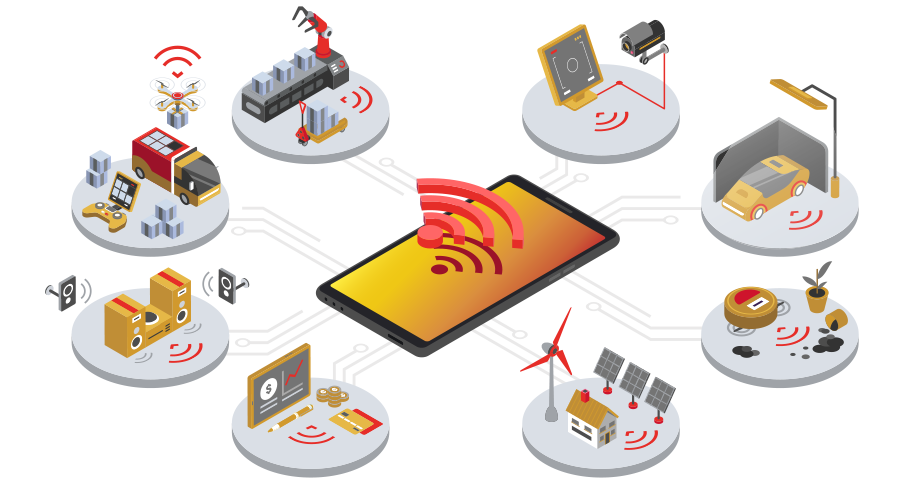 WiFi's role in IoT has a broad reach from smart homes to business automation. 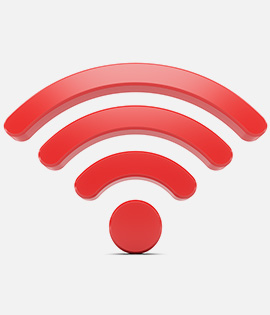 Getting Started with WiFi

Now that we've covered the basics of WiFi, it's time to dive right in. We've put together a simple tutorial to introduce you to the hardware and coding needed to build your first WiFi project.

This tutorial will show you how setup a simple peer-to-peer connection to send and receive sensor data between two ESP32 WiFi boards.
Favorited Favorite 13

Using WiFi to send sensor data from an ESP32 to a WiFi network and be able to read it from an IoT Dashboard from anywhere in the world.
Favorited Favorite 3

Make sure to look at our hookup guides!

When learning how to use WiFi hardware, one of the best ways to learn is to view the hookup guides. For each product SparkFun develops, we have an associated hookup guide on the product page located under the description. We do our best to walkthrough all the connections needed, associated libraries and a working demonstration or two to get your project off the ground.

As with any technology, WiFi hardware comes in many shapes and sizes to fit the specific needs of your project. Below we have listed a few of our favorite breakout boards, antennas and kits.

WiFi development boards are a low-cost, low-power way to integrate WiFi connectivity to a broad range of applications. 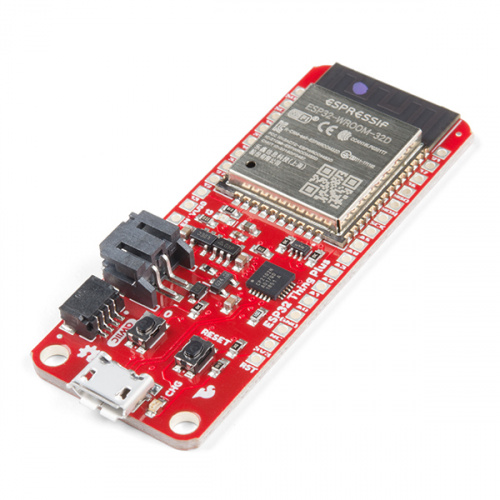 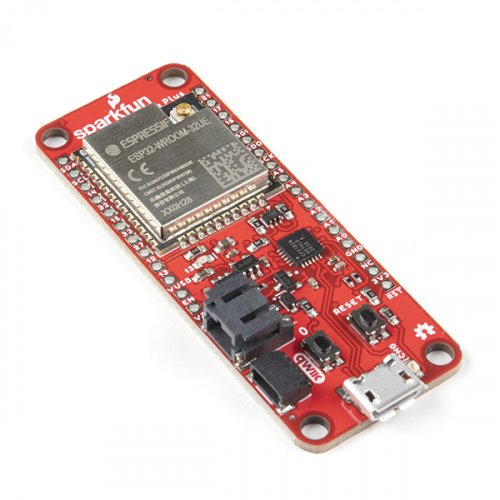 The SparkFun ESP32 Thing Plus with U.FL allows you to get started with Espressif IoT ideations while still enjoying all the a… 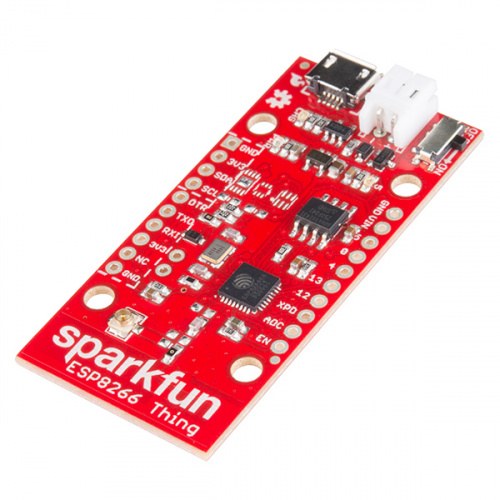 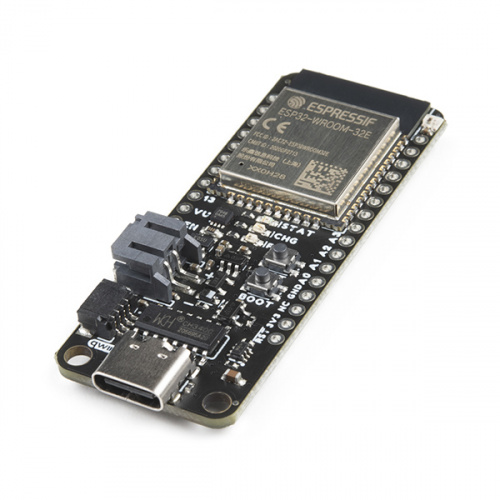 The SparkFun ESP32 Thing Plus C is a comprehensive development platform for [Espressif's ESP32](https://espressif.com/en/prod…

Antennas come in all shapes and sizes for your WiFi project needs. 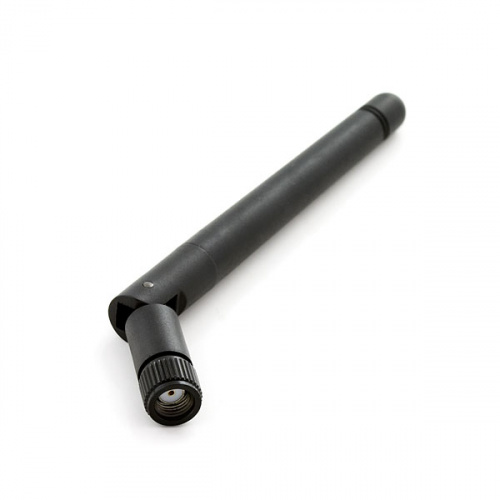 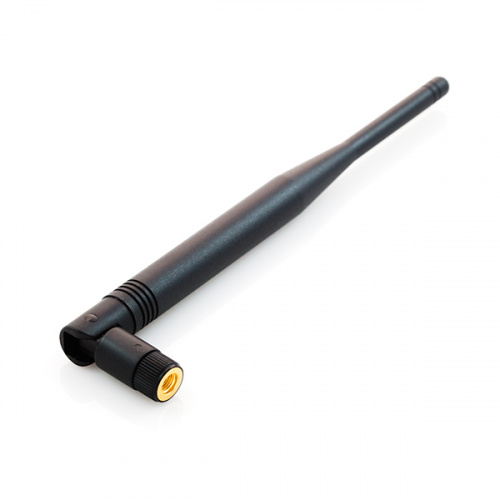 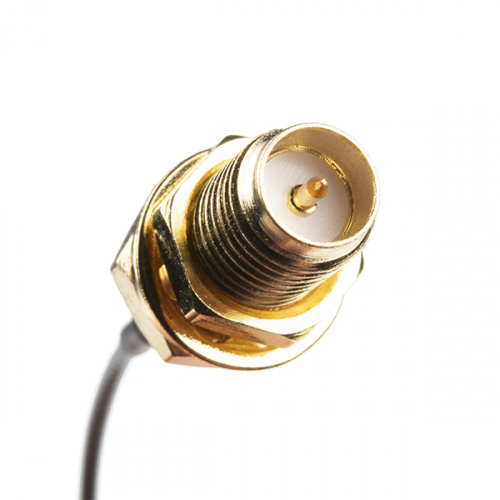 This RP-SMA to U.FL Cable is commonly used to attach WiFi, Bluetooth, or nRFxxx based devices to a 2.4GHz antenna. What makes… 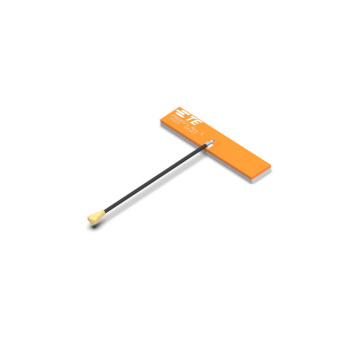 WiFi shields are a great way to stack WiFi functionality to an existing form factor. 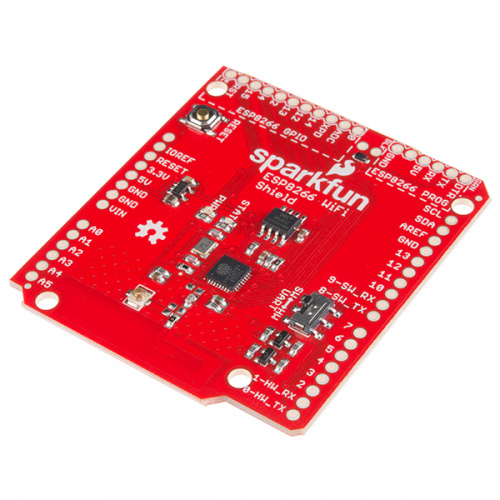 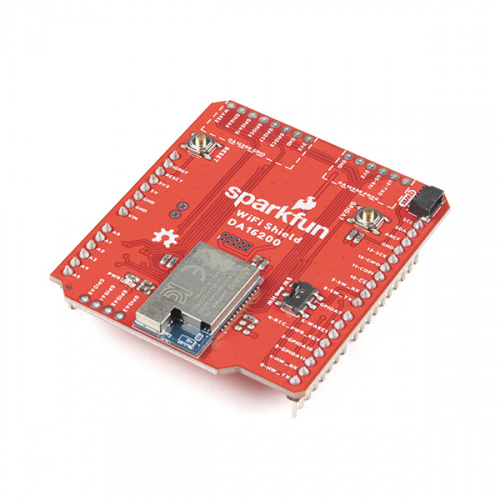 SparkFun has teamed up with ARM and Dialog to provide you with this WiFi Shield based around the DA16200 module. 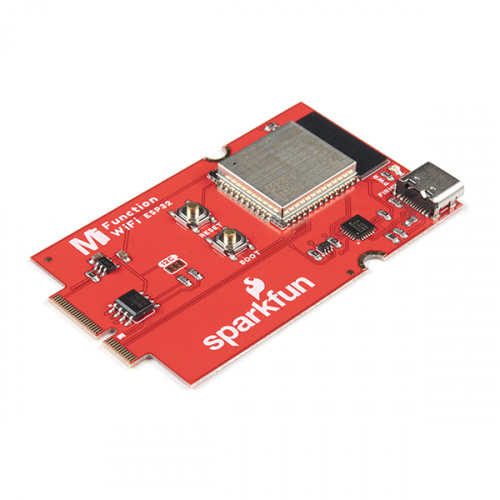 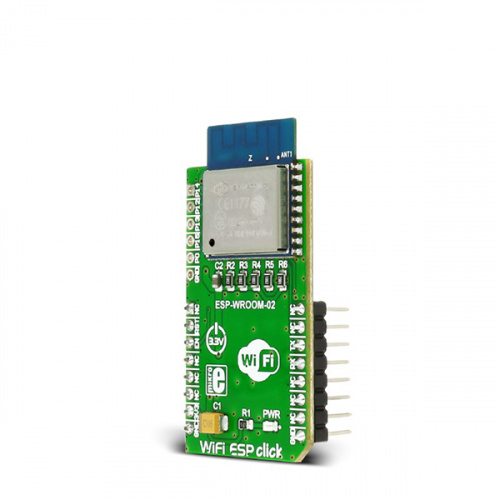 MIKROE WiFi ESP Click can function in both AP (Access Point) WiFi mode, as well as in WiFi client mode.

Here are a few other projects that use WiFi. We are always trying to expand our library of projects and tutorials, so check back often or fill out the form above to be notified of new content.

Adding WiFi to the NVIDIA Jetson

Setting up a Raspberry Pi 3 as an Access Point

This guide will show you how to configure a Raspberry Pi as an access point and connect it to your local Ethernet network to share Internet to other WiFi devices.
Favorited Favorite 7

An introduction to MQTT, one of the main communication protocols used with the Internet of Things (IoT).
Favorited Favorite 24