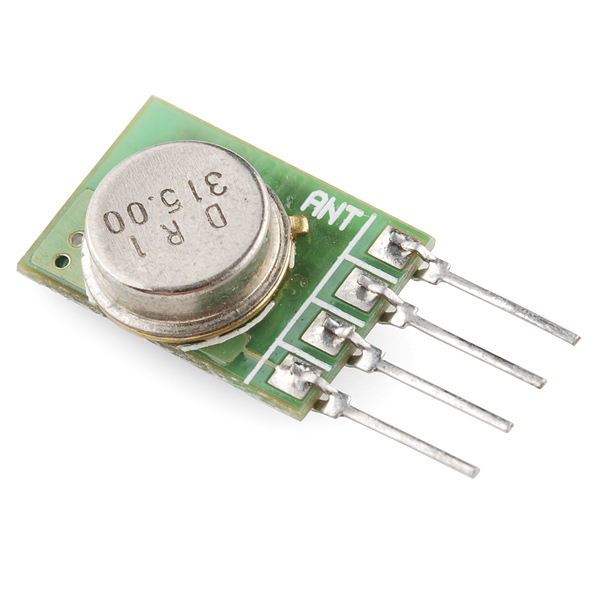 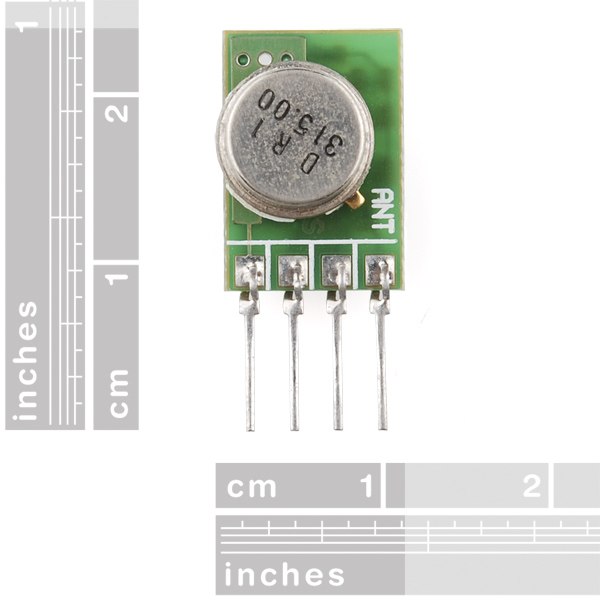 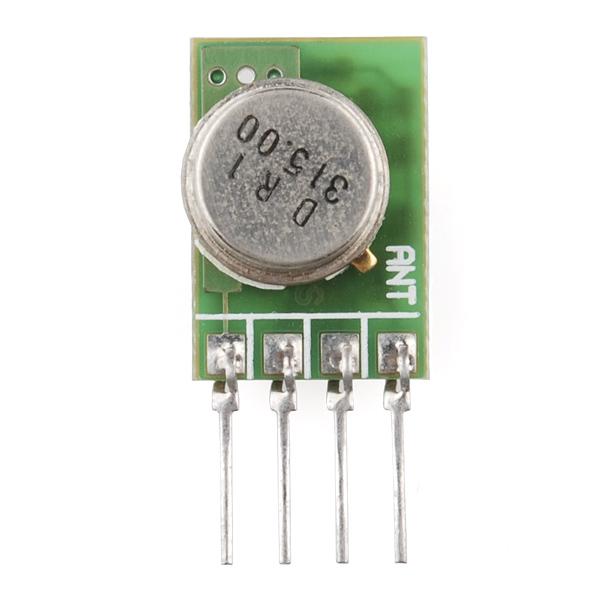 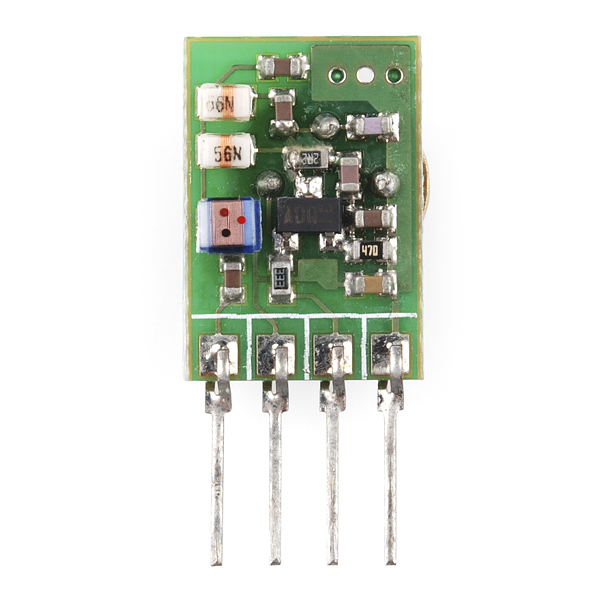 These wireless transmitters work with our 315MHz receivers. They can easily fit into a breadboard and work well with microcontrollers to create a very simple wireless data link. Since these are only transmitters, they will only work communicating data one-way, you would need two pairs (of different frequencies) to act as a transmitter/receiver pair.

Pin 2 of your Arduino should connect to pin 2 of your RF Link Receiver 315MHz. When the button is pressed from the transmitter side, the corresponding LED on this side will light up on pin 8. One thing to note is that the associated LED will not light up on the receiver end if you do not have the associated character to check if it is what is received. An example is if you send a string of characters “Pin 4,” the receiver LED will not light up when the characters “Pin ” is sent. It will only light up when it sees the number “4”.

Poorly documented and fails to work out of the box

about 6 years ago by Member #503705 verified purchaser

This was purchased as a pair: the RF Link Transmitter - 315MHz and RF Link Receiver - 4800bps (315MHz). When placed on two boards, and gave ground to the GND pins, 5V to the VCC pins, and data on the transmitter pins, I was unable to find out which pin on the receiver to use to read in via my Arduino. I followed several tutorials but none of them had the same transmitter or receiver as this. It was labelled as the same, but the pictures in the video didn't match. Nor did the pinouts. So who knows. However, I tried both pins on the receiver. When giving 5V to the transmitter data pin, nothing changed from what came out of the data pins of the receiver. I then tried soldering on 13cm wires to the antenna pins, per several sites, coiling the antenna on the receiver and keeping it straight on the transmitter. Still no change. All I read was 1.32V on the receiver whether the transmitter had 5V on it's data or 0V. The datasheets offered no help. I wanted to try VirtualWire, but if the primary analog voltage functions did nothing, VirtualWire wouldn't even be worth a test. However, I did try it, just in case. No surprise, it didn't work either.

So, in short, I understand the transmitter and receiver is only a $7 purchase, plus shipping when put together, but I would at least expect them to work somewhat, rather than not at all. It is a waste of time. Buy more expensive ones elsewhere that has solid documentation.

Sorry to hear that neither this nor the receiver seem to be working for you. I would suggest getting in touch with our tech support team, they should be able to help you resolve these issues.

about 5 years ago by Member #646952 verified purchaser

I did, like other users, have a difficult time understanding how to hook this device up and determine whether or not it was working. I"m sure for more experienced users it wasn't too difficult, but for me it was.

I would suggest a systematic approach ( step 1 do this, step 2 do that, open serial monitor and expect to see something like this....) for initial link setup. The documentation on the product's website helped but it was really the following website that allowed me to get up and running.

The KLP Tutorial mentions signal conditioning and filtering to improve signal TX and RX but doesn't reference or provide outside tech sheets or examples (LPF, HPF, threshold detector/limiter circuitry) . I would have liked to have been provided with a link or appendix with an example of how to do that.

All said and done, the overall process to get my RF link up and running allowed me to learn a lot about ASK and signal conditioning. I guess that's the point of giving just enough information- to invoke learning. However, for those like myself who have a deep passion for EE but struggle to learn in a timely manner, the above suggestions would not only invoke learning but keep me coming back knowing that SparkFun is truly a one stop shop for any project.