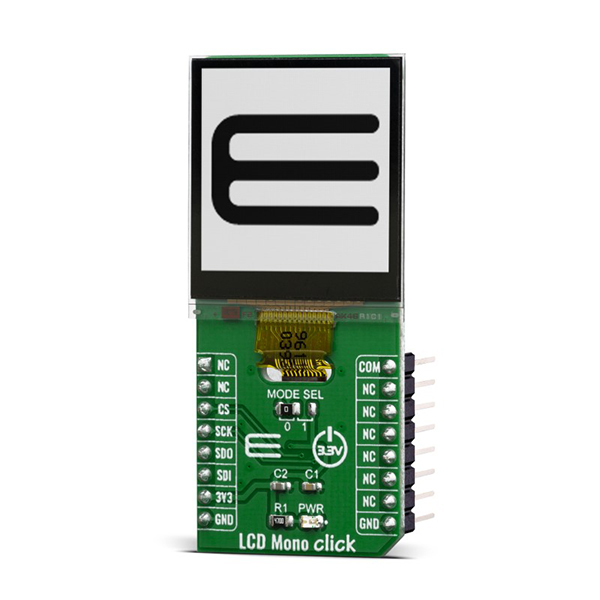 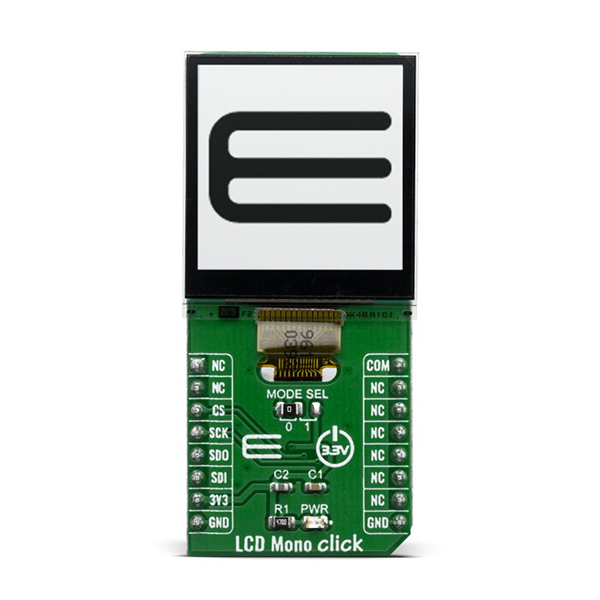 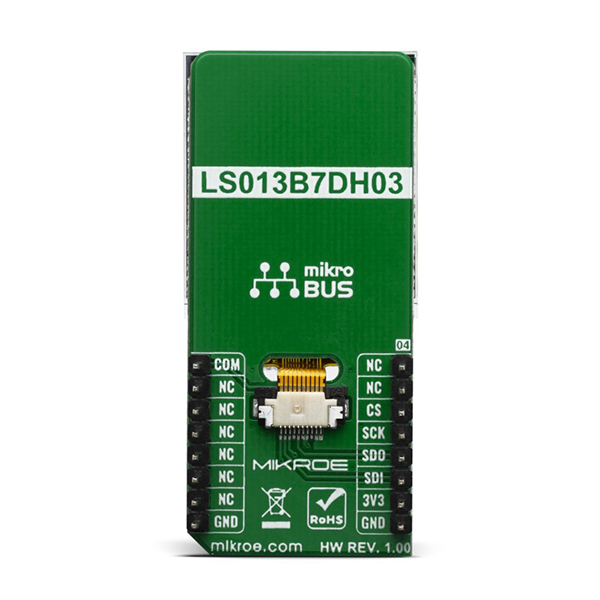 The LS013B7DH03 LCD display from Sharp has a reflective active-matrix with slightly transmissive type memory liquid crystal display module with 128 x128 panel which uses CG silicon thin film transistor. Its transmissive mode is available by implementation with backlight and you can control the display with serial data signal communication. It features a thin, light and compact module with monolithic technology and its most important feature is the super low power consumption TFT panel. For an MCU application, a powerful display can often be off-limits, either because of price, CPU processing power or power budget. However, if you use the EFM32's energy saving capabilities together with a Sharp low-power matrix memory LCD you can create a powerful display application. The application is capable of driving a 128x128 pixel display drawing as little as 2 µA while showing a static image. Even when updating the frame every second the current consumption can be lower than 5 µA.

The display used for this Click, the LS013B7DH03 LCD, is a 1.28", 128x128 pixels monochrome display, with a 3-wire SPI interface. Apart from the SPI interface, the display requires a 3.3V power supply, and 3 extra pins named EXTMODE, EXTCOMIN and DISP. The SPI protocol consists of three modes. At the start of each SPI transfer, a mode command (1 byte) is sent first. The modes are: