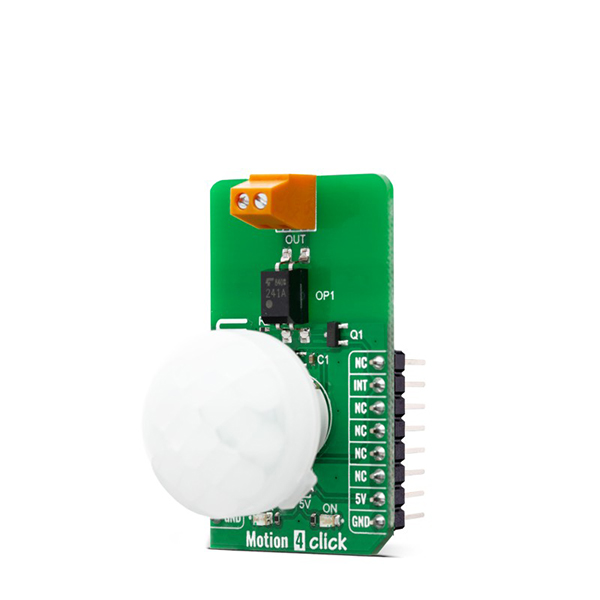 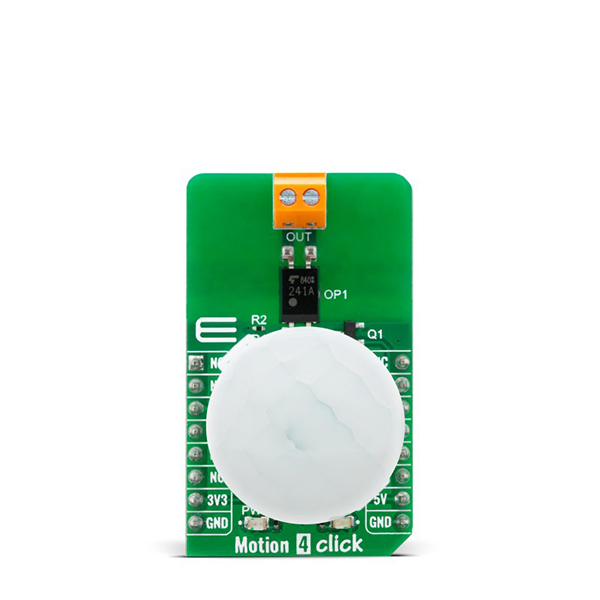 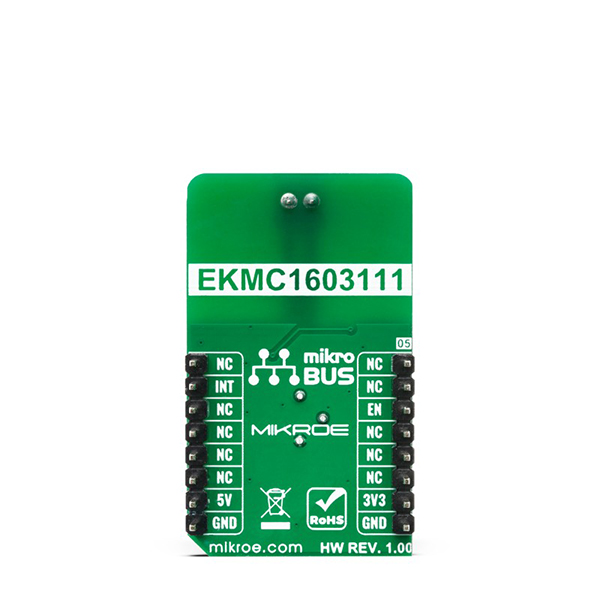 Motion 4 Click is a long distance PaPIR's motion sensor with plastic lens and controllable output. This Click board™ features EKMC1603111, a PIR motion sensor from Panasonic Corporation which can be used as human motion detector and is able to detect movement up to 12m with 170uA current consumption. Also featured on Motion 4 Click board™ is TLP241A photorelay from Toshiba that is used to provide a reinforced galvanic isolation for the external signals used to drive some external high power electronic equipment when motion is detected. It's allowing up to 40V between the SSR contacts in OFF state, and currents up to 2A while in ON state, thanks to a very low ON-state resistance.

Motion 4 Click board™ is supported by a mikroSDK compliant library, which includes functions that simplify software development.

Motion 4 Click is using a PIR sensor that can detect changes in the amount of infrared radiation impinging upon it, which varies depending on the temperature and surface characteristics of the objects in front of the sensor. Detection performance of EKMC1603111 at ambient temperature of 25°C with temperature difference higher than 4°C is up to 12m. Angle detection area with 92 detection zones is 102°（±51°）horizontal and 92°（±46°）vertical.