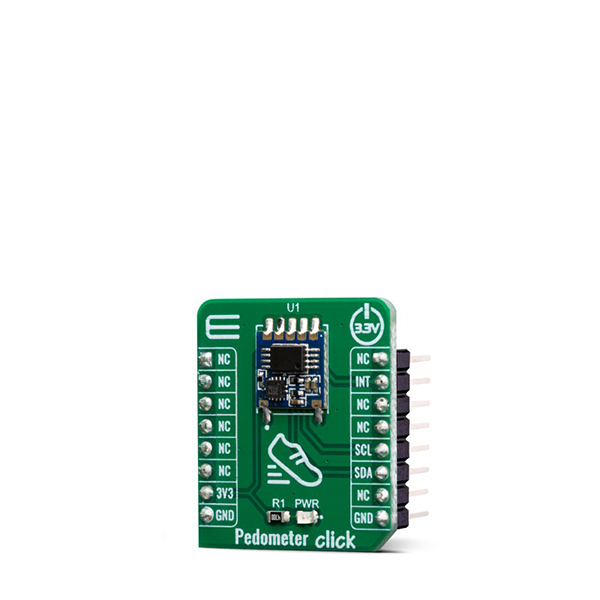 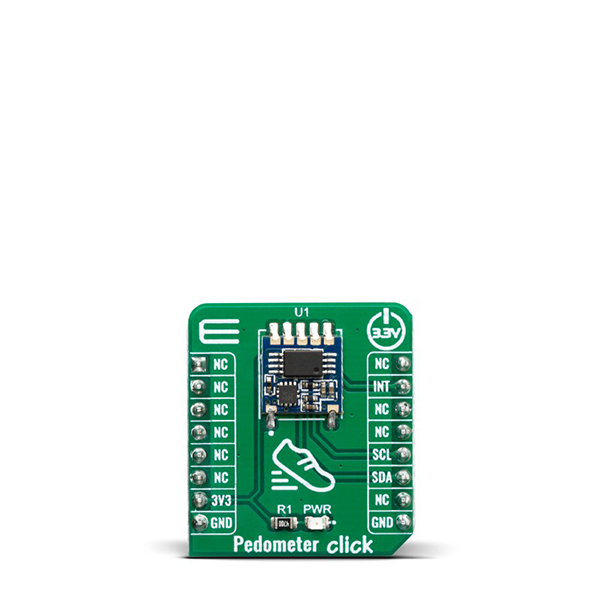 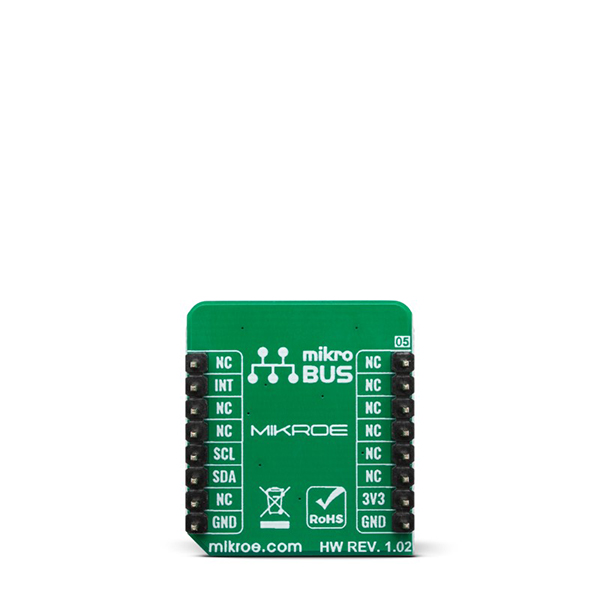 Pedometer Click is designed to sense movement, more precisely, to sense and count steps taken by its user. It is equipped with the STP201M module, a 3D pedometer module with an IC chipset, which includes a precise G-sensor and MCU. This device can be used for tracking physical activity, for example measuring how many calories somebody burned and because of it’s small size, it can be used in various healthcare products.

Pedometer Click is supported by a mikroSDK compliant library, which includes functions that simplify software development.

The Pedometer Click is designed to be fairly simple to use. This Click board™ contains the STP201M module, made by NiceRF. The module itself is designed for wrist pedometer products, like the pedometer bracelet or watch for example. The end user doesn’t have to worry about doing any calculations on their own, or worry about what the algorithm for step detection is doing, since the INT pins output is already a measurement of the steps that were taken. Before that, though, come the intricate parts of the design inside. First of all, the STP201M module, which is the main component of Pedometer Click, has a built in G sensor within the IC chipset.

Specifically, a MEMS sensor. Micro-electro-mechanical system sensors, abbreviated to MEMS, are made out of very small components, with their size usually ranging from 1 to 100 micrometers. These account for the sensor being very small and therefore it having low energy consumption and also not requiring a lot of space. This particular sensor is a 3D one. The three axes it utilizes, allow for precise measurements of any movement and the direction its taking. The three axes system, along with the MCUs meticulous algorithm, make it significantly less likely to make any false-positive counts (ex. tying up shoes).

The MCU has two distinguished modes. The first one of them is the operational mode. The MCU is designed to go into the operational mode whenever it senses some activity. However, if there is no discernible movement over the course of 20 seconds, it goes into the sleep mode. This mode is characterized by the very low energy consumption of only 5 μA max. The STP201M modules communication is somewhat different from the standard I2C protocol. Since our libraries do not support it, the user has the capability of changing the code of the main MCU in order to fit the protocol of the module and thus change any preprogramed settings.

Since the modules maximum operatin voltage is 3.6V, the Pedometer Click uses the 3.3V rail for power supply. The other pins it utilizes are the, before mentioned, Interrupt pin, and the I2C Clock and Data pins. This Click also has a Power LED indicator.