Retired SEN-10644 RoHS 18
Note: Retired Product
This product has been retired from our catalog and is no longer for sale. This page is made available for those looking for datasheets and the simply curious. 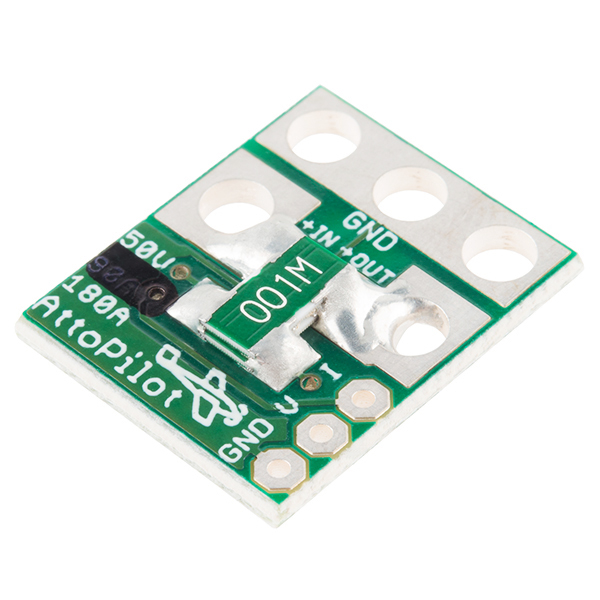 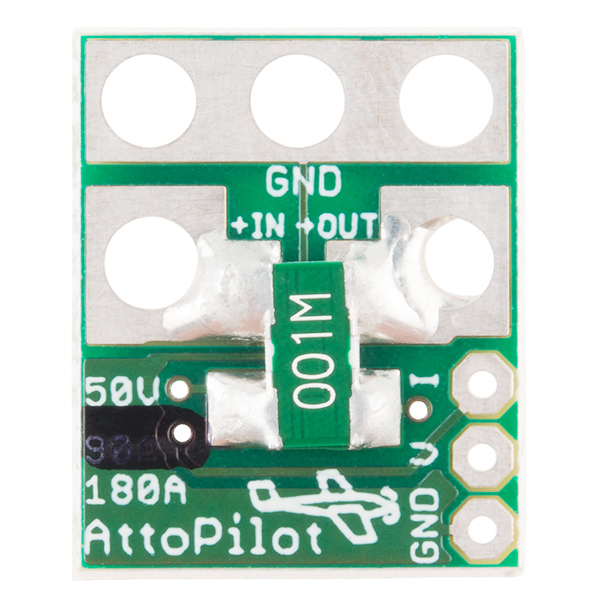 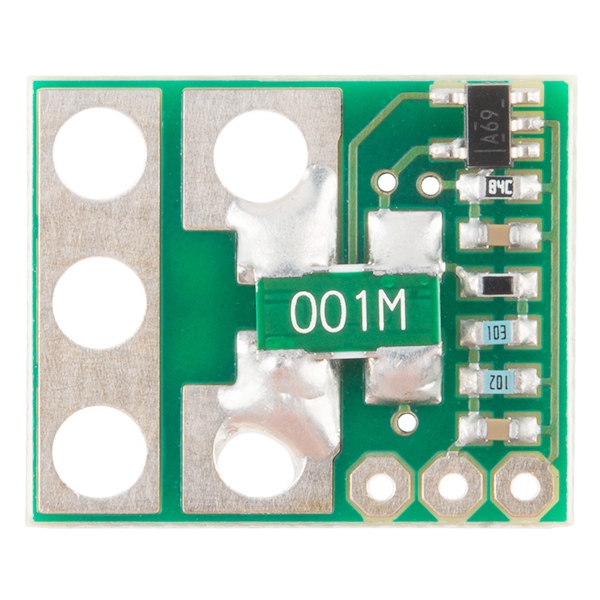 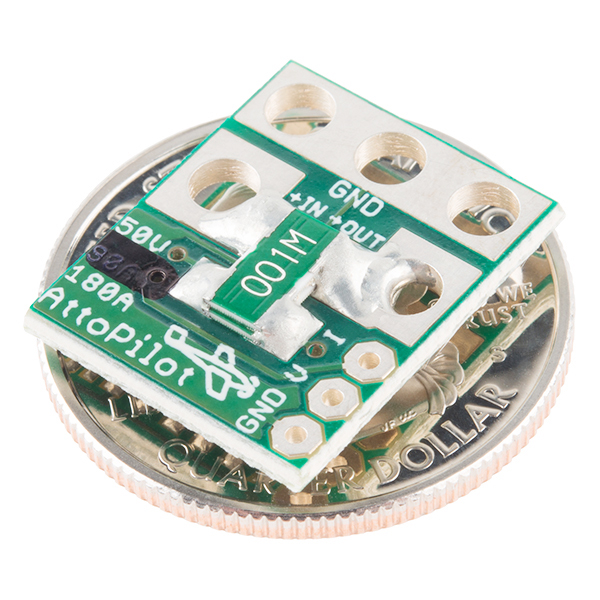 Retired SEN-10644 RoHS
18
Note: Retired Product
This product has been retired from our catalog and is no longer for sale. This page is made available for those looking for datasheets and the simply curious.

This is a small voltage and current sense PCB. DC current is determined by measuring a voltage drop across a pair of parallel shunt resistors, then converted to a final analog voltage output by the TI INA-169. Voltage sense is accomplished by scaling to 3.3V ADC range by a precision resistor divider.

The PCB is supplied without leads or connectors. The pad sizes are large enough to accommodate 12 gauge heavy duty leads (see datasheet) but care must be exercised in soldering. Smaller gauge leads are considerably easier to solder without creating shorts.

about 7 years ago by Member #658350 verified purchaser

It was easy to assemble and is doing it job without any complaints.

about 7 years ago by Member #659910 verified purchaser

so far so good

about 7 years ago by Member #704871 verified purchaser

works really well with APM 2.6 and mission planner. they have pre populated setups for the atto's and it worked exactly as it said, the first time with no screwing around with it. really happy now I can use it on my 6s multi rotors

about 5 years ago by Member #500441 verified purchaser

Using this with an original 3DR Pixhawk and ArduCopter 3.4 on an 800mm hexacopter with SunnySky 580kv motors and 4S LiPo and it just works. Once it's wired in you just select the AttoPilot 180 from ArduPilot drop-down list. Recommended.

was good when arrived

about 7 years ago by Member #366871 verified purchaser

The signal outputs is very close to power connectors. I prefer them to be on the side. Do not solder and re solder again because the pcb material can easily be damaged. Overall it was ok. altought I burned it and have to buy anaother one.. :)

about 7 years ago by Member #751260 verified purchaser

I connected this up and it was simple and works great. Only draw back is pixhawk won't register a current draw u Der 3 amps but once the motors are running it's right on. I will advise instead of soldering the 3 sensors wires to this current sensor you should spend $2 on a pin header. Straight or angled pins. Then you can plug a 3 wire servo plug right onto it. 3dr sells 15 pin df13 connectors with servo plugs on the other end. Like the telemetry cable for apm. Well you can pull the pins out of that plug, insert 3 of them into the plastic plug for pixhawks power and the the other end each connector will slide right into a servo plug. That's what I did and I was able to make the cable with a servo ug on one end for plugging onto the pin header I installed on this sensor and the other end had the df13 plug pixhawk uses with the other end of those 3 wires. So no soldering or anything.. to make the cable you just need a apm telemtry\osd cable and the. Pop the pins out of the plugs and reinsert them into a servo plug on 1 end and pixhawks power plug on the other.. that made installing this sensor a piece of cake..

Using it with Pixhawk on 6s setup

about 7 years ago by Member #422798 verified purchaser

about 6 years ago by Member #749026 verified purchaser

Hi, this sounds more like a shipping related question than a review of the product. I recommend contacting our customer service at customerservice@sparkfun.com if you have further questions about your order.

about 6 years ago by Member #97660 verified purchaser

The current output pin is always at 0.00V. Voltage pin works ok. I tested it with both the autopilot telemetry and a multimeter. The autopilot works ok but no matter how much current I input, it always displays CERO volts. I checked for possible false contacts but it looks and works ok (tested each pin for continuity with multimeter). I guess this one is faulty...

Sorry to hear you're having issues with this breakout. If you contact our tech support team, they can help you resolve them.

about 5 years ago by Member #386606 verified purchaser

With a market that has a surprising low support for 6s and up batteries, or higher current applications, this definitely fits the bill. Nothing else like it. Im not sure that its extremely accurate, as when i went to calibrate it, the default settings(ardupilot) were off ( i could only calibrate it at 10 amps, but the sensor was reading half of what it should with default ardupilot settings). Mah counting and battery charging seem pretty close though so its not far off once calibrated. The voltage reading was spot on.

My setup was seeing bursts of 160+ amps.

I would buy this again.

I received in 2 days in a great package. Quality is great.

I never received the article

I never received the article and I have no way of investigating what happened. Bad thing.

I'm sorry to hear that! Get in touch with our customer service team at customerservice@sparkfun.com and they can help you with your order.

about 7 years ago by Member #317301 verified purchaser

Wow, they must be making a pretty big margin at this price. Otherwise it is a solid board with accurate readings.

not as what is pictured

about 7 years ago by Member #440119 verified purchaser

Hi, So sorry for this issue. These actually appear to be the new version. All units appear to no longer include a deans connection cutout like you mentioned. We will absolutely update our photos to reflect this change. Thank you

about 7 years ago by Member #554481 verified purchaser

An excellent electrical design and rugged. excellent value versus performance.

about 7 years ago by Member #602639 verified purchaser

IT WORK VERY WELL THANK YOU

about 6 years ago by Member #668130 verified purchaser

We have modified all our quad and hex copters to 6s lipo. These units are rock solid and easy to integrate.