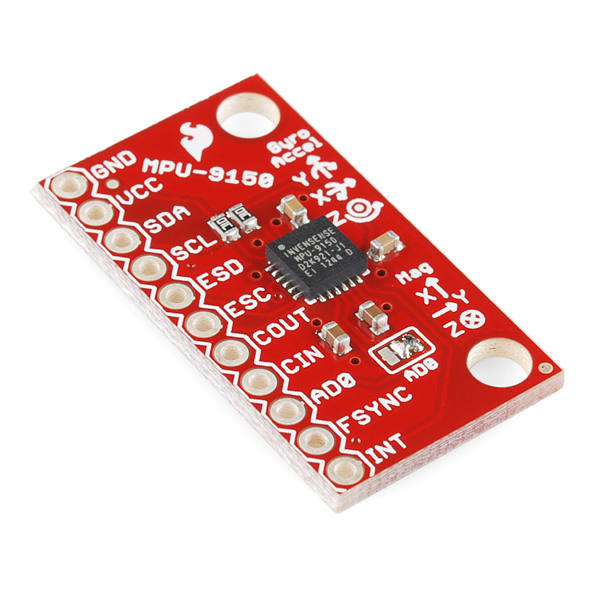 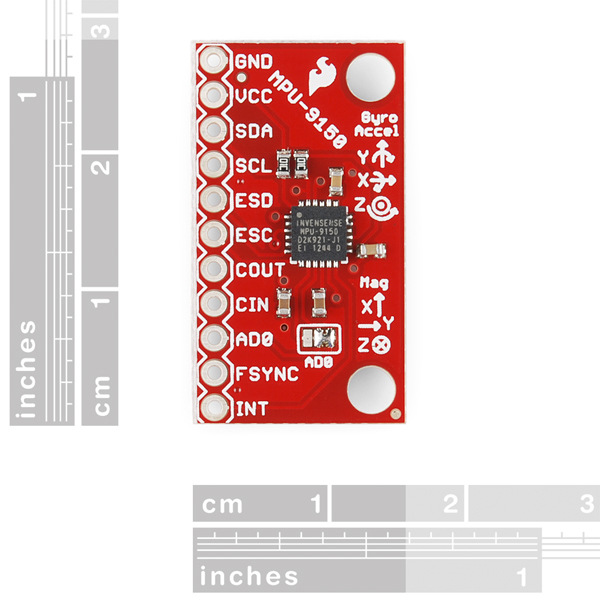 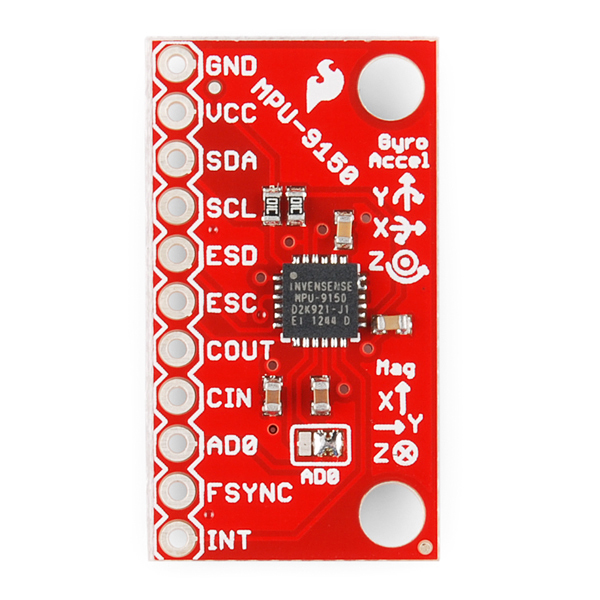 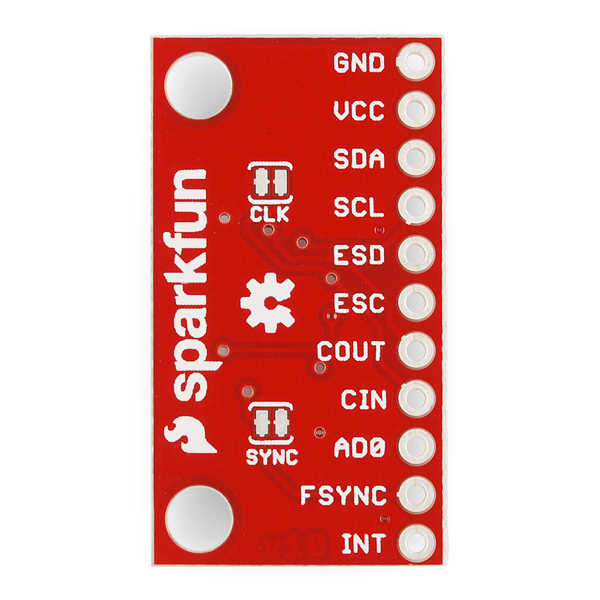 The SparkFun 9DOF MPU-9150 is the world’s first 9-axis MotionTracking MEMS device designed for the low power, low cost, and high performance requirements of consumer electronics equipment including smartphones, tablets and wearable sensors. And guess what? You get to play with it.

This breakout board makes it easy to prototype with the InvenSense MPU-9150 by breaking out all the pins you need to standard 0.1" spaced headers. The board also provides I2C pullup resistors and a solder jumper to switch the I2C address of the device.

The MPU-9150 is a System in Package (SiP) that combines two chips: the MPU-6050, which contains a 3-axis gyroscope, 3-axis accelerometer, and an onboard Digital Motion Processor™ (DMP™) capable of processing complex MotionFusion algorithms; and the AK8975, a 3-axis digital compass. The part’s integrated 6-axis MotionFusion algorithms access all internal sensors to gather a full set of sensor data.

A basic guide to get started with the MPU-9150 9 Degrees of Freedom Breakout.
Favorited Favorite 0

about 7 years ago by Member #615257 verified purchaser

It's easy to use. Everything worked after only a few minutes of effort. I have gotten onto another extensive project, so have not applied it to anything yet, but am looking forward to getting back to it. There are certainly some interesting possibilities here.

about 7 years ago by NerdyFirefighter verified purchaser

I own a bunch of these guys and use them for everything from digital protractors to experimental UAV control.

The breakout is good with decent mounting and the obvious breadboard friendly pins. The ability to change the I2C address is nice too.

This IC isn't quite deprecated, but it will be soon. Just beware if working on an IMU system that the new variant of this chip is able to actually muster the onboard fusion which may negate your need for an MCU.

A great board for the prie

about 7 years ago by mockd verified purchaser

This unit is a great deal at its cost. There are a few complaints I have against it but nothing major enough to change my rating by much. The documentation is a bit poorly organized and it was a bit of a headache to get everything hooked up. It is two different IC's on a single chip. So there are two i2c addresses. One for the magnetometer and one for the gyro/accel. Once I figured that out it was mostly smooth sailing.

Great Product! One glitch, but not certain it is user or hardware error.

about 7 years ago by Member #720057 verified purchaser

I am using this board to collect orientation data for a school quadcopter project of mine. So far, this board has served me very well! I am having one small issue where the yaw and pitch data are nonsensically skewed when the board is rotated past 45 degrees on the y axis, but I am still unsure if this is a hardware problem or a problem with how I am interpreting the DMP raw data.

All in all, a good product for this price!

about 6 years ago by Member #505814 verified purchaser

Reliable, easy to use and a good Reg Map doc. I bought my 1st one some years ago and was great. With the price fall since the MPU-9250 came out it's a must have.

As a newb this is the best

about 6 years ago by Member #511685 verified purchaser

The documentation and libraries already available about this board are so useful.