Retired PRT-08293 RoHS
Note: Retired Product
This product has been retired from our catalog and is no longer for sale. This page is made available for those looking for datasheets and the simply curious. 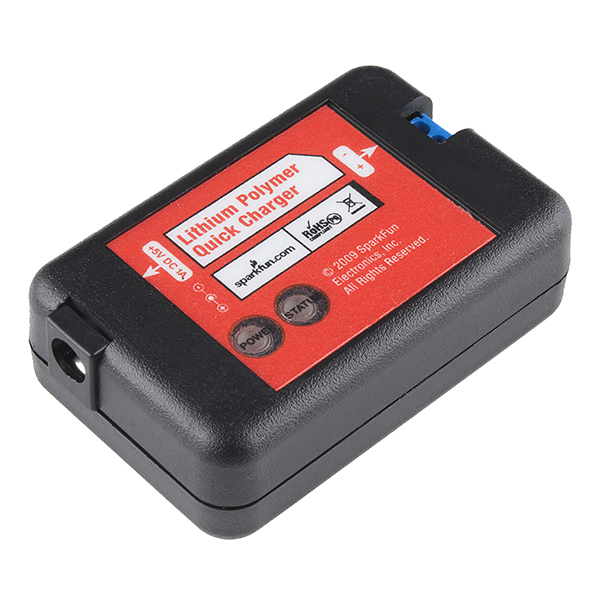 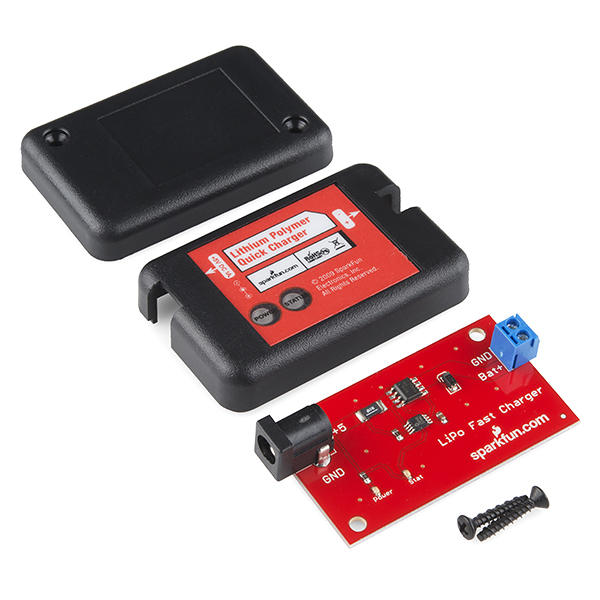 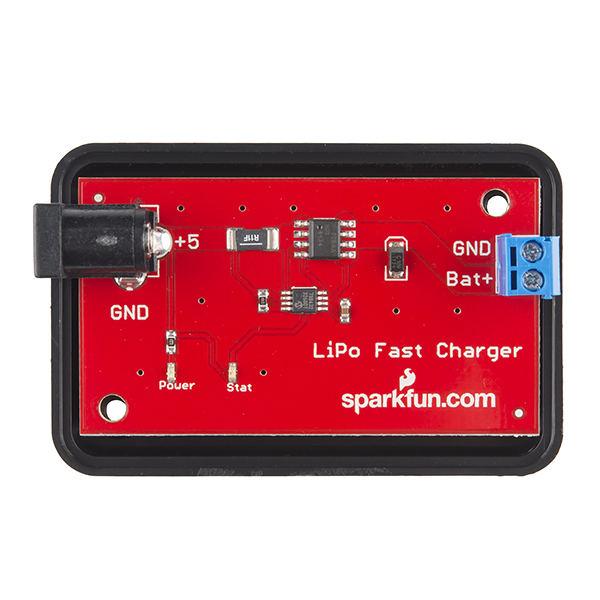 Retired PRT-08293 RoHS
Note: Retired Product
This product has been retired from our catalog and is no longer for sale. This page is made available for those looking for datasheets and the simply curious.

A SparkFun original Lithium Polymer charger. This little black box charges single cell lithium polymer batteries with a max rate of 1A. The charge output is via a 2-pin screw terminal. Top pin is ground, bottom pin is charge pin. Based on the popular Microchip part MCP73843-410.

Note: This charger requires a 5V 1A power supply but does NOT include one with the order. A power supply will need to be purchased separately.