Retired LCD-08884 RoHS 6
Note: Retired Product
This product has been retired from our catalog and is no longer for sale. This page is made available for those looking for datasheets and the simply curious. 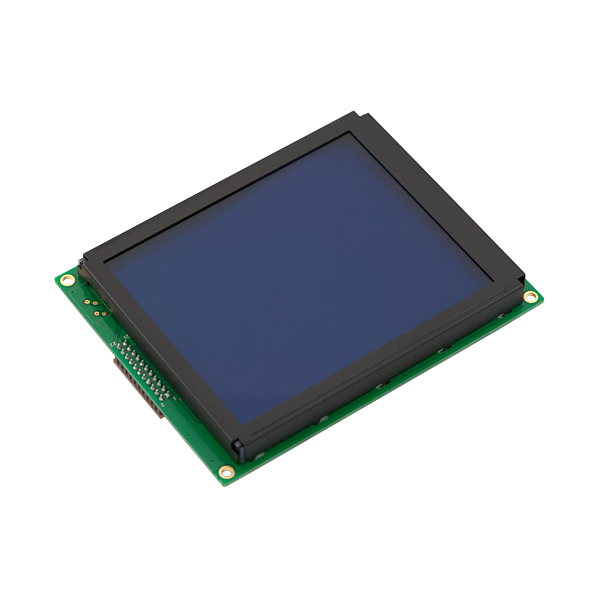 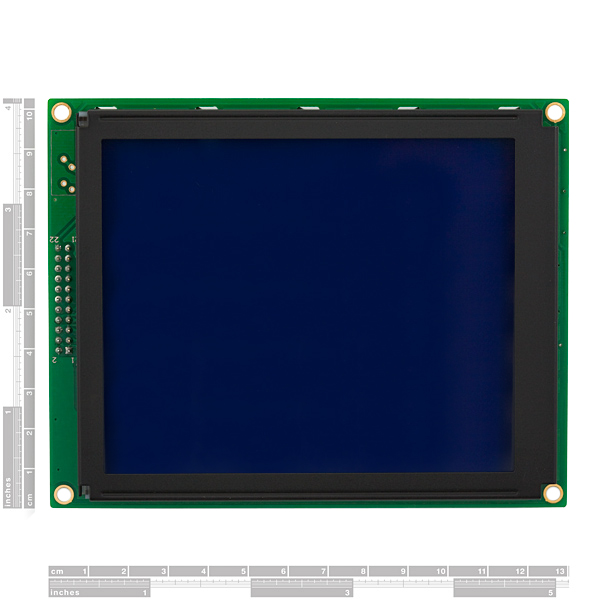 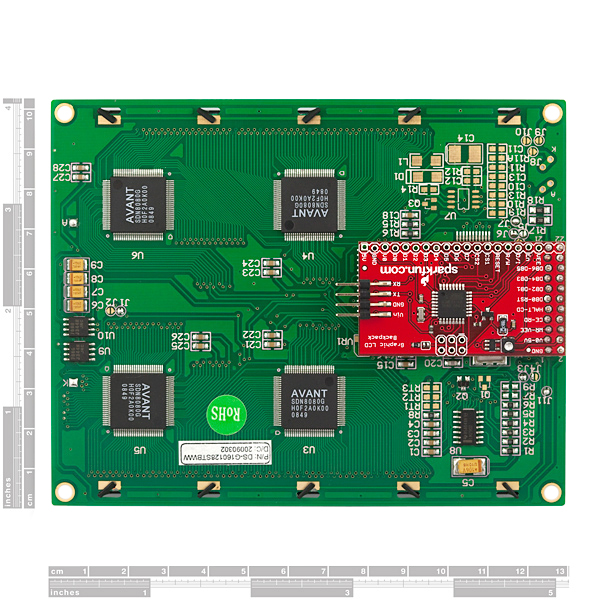 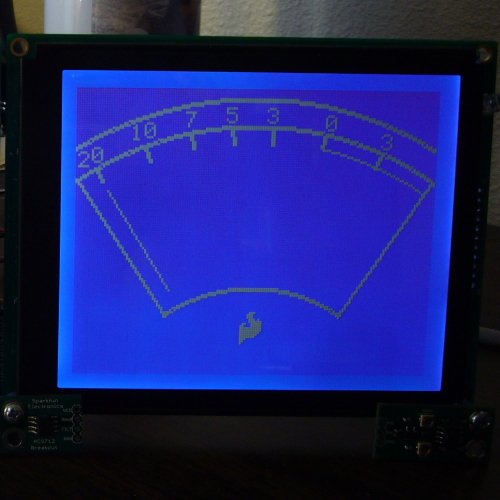 Retired LCD-08884 RoHS
6
Note: Retired Product
This product has been retired from our catalog and is no longer for sale. This page is made available for those looking for datasheets and the simply curious.

This is a very large serial graphic LCD. The Serial Graphic LCD backpack is soldered to the 160x128 pixel “Huge” Graphic LCD and provides the user a simple serial interface to a full range of controls.

Besides writing text, this serial graphic LCD allows the user to draw lines, circles and boxes, set or reset individual pixels, erase specific blocks of the display, control the backlight and adjust the baud rate. There's also a reverse mode that allows the screen to operate blue on white instead of white on blue. Additionally, all source code for the ATMega168 processor is compiled using the free WinAVR compiler and is free for downloading.

about 6 years ago by Chiel verified purchaser

This product has a bit of a troubled past. the Serial backpack had a pretty lousy code for quite a while causing plenty of errors during simple serial communication. this lasted for quite some time. Plus the code is pretty slow. If you are thinking about using this for anything but displaying static images or information don't bother. It is way to slow for animated stuff like say Conway's game of life.

UPDATE: Well i updated the firmware again. now it's having trouble with pixels at times. also the Backpack's Potentiometer is starting to fail.

Seriously. Go for something newer if you want a good screen. this ain't that good for current stuff.

Image only gets nice if you tilt the LCD 45 degrees

about 6 years ago by paulohm verified purchaser

I'm quite sure I'm doing everything right here. Adjusted the contrast potentiometer to its min and max values, but event at the best calibration, pixels are too bright. Image only gets nice if you tilt the LCD 45 degrees - then you get a perfect blue background with white pixels.

about 6 years ago by Member #703355 verified purchaser

I have been extremely satisfied with the previous products I've bought from you guys... so you can imagine my shock and bewilderment when I bought this screen and the backpack came damaged. Below are 2 attached images:

If you look closely, I'm not sure if there's supposed to be a connector or something there but it seems it was ripped out prior to packaging because it's nowhere in the static bag. Also, the entire copper pad for the Vin is missing. The copper traces for Rx and Vin are broken.

I have tried soldering those copper traces, but it's a dead Backpack. So there's something else wrong with it. The screen still works when I use the parallel interface. it's an inconvenience... but it works. I was initially going to order two of these screens but changed my mind last minute... maybe this is a sign I made the right decision.

Hi, Looking at your pictures, it looks like the screen was damaged in transit. Likely it was smashed or force was applied to have caused the damage as shown. Please contact our support team. We'll be happy to help you resolve this issue.

about 6 years ago by Member #460681 verified purchaser

The serial interface is straightforward so it was quick to start controlling the screen with a simple python scrip. Inside, the screen looked great and I really like the big size. But outside you can barely see the letters and the viewing angle is only about 60 degrees from normal. I wanted to use this outside so I think I will try an OLED display or an e-ink display next.

Works as advertised but slow!

about 5 years ago by Member #93415 verified purchaser

The product works as advertised. Hookup and programming is very easy. IT is well made and looks nice. However, it is dreadfully slow. There is no flow control and so pauses must be put into your code to deal with this, this makes an already slow interface even slower. Dont expect to do anything in real time with the display,.

about 4 years ago by Member #212424 verified purchaser

While everyone appears to be less than pleased with this product I am pretty happy. The screen brightness is great for indoor use. I hooked it up in accordance to the "Serial Graphic LCD Hookup" guide. The only thing that I found is inaccurate is that the example says to hook it up to the Arduino TX pin but you should hook up to pin 3 which is what the .cpp file sets as the softwareserial receive pin. Also you will have to change the maxX and maxY to 159 and 127 respectively for this LCD. Other than that it was just some tinkering with the code to get the timing write when displaying strings and numbers. You should add small delays between these to give the LCD time to update. I intend to use this LCD in my brewpub brewhouse as the display for my control panel and I think it will work great. The only question I have is how to run two of these off the same arduino using two software serial ports.....