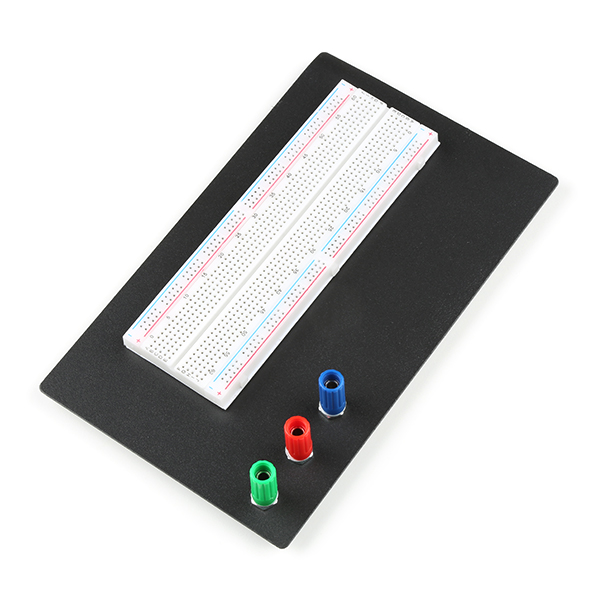 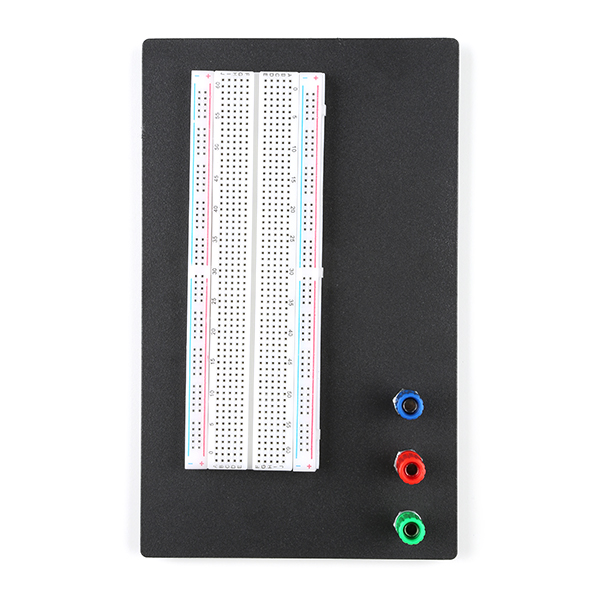 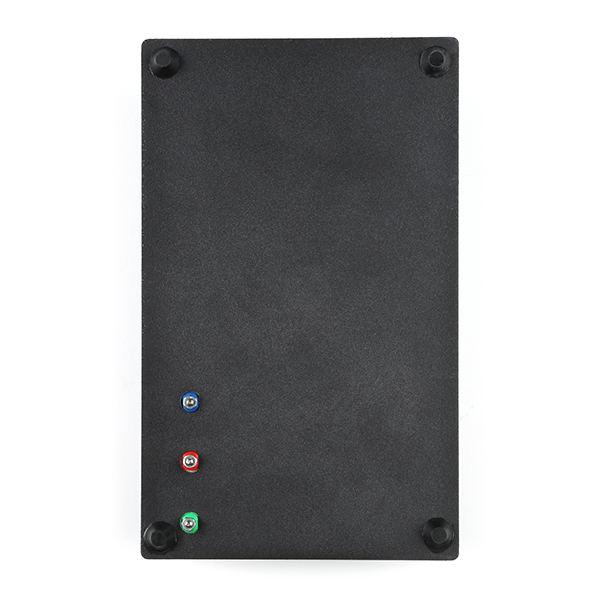 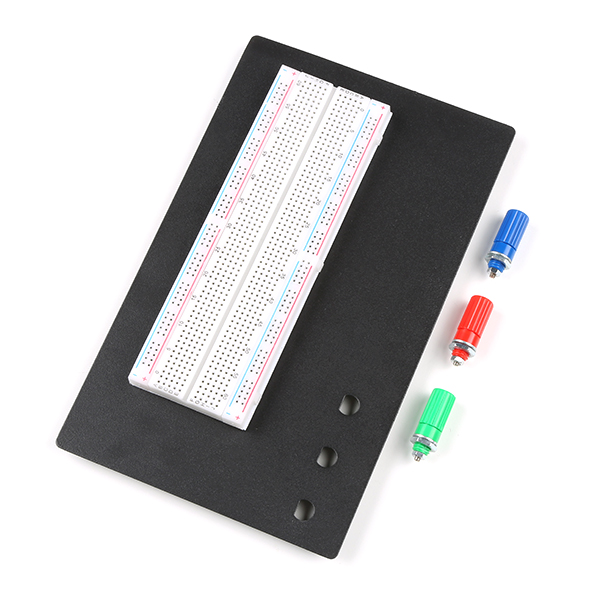 Your first exposure to electrical engineering - the bread board. Who knew it would bring so much frustration?

Note: The power rails are unbroken on both sides.

How to Use a Breadboard

Welcome to the wonderful world of breadboards. Here we will learn what a breadboard is and how to use one to build your very first circuit.
Favorited Favorite 79

Not so sure yet,,, but open to being convinced

about 7 years ago by Member #710823 verified purchaser

This was my first purchase with your company so to me it kind of sets a standard for the future. my experience with this product is such, so far . When I opened the package the breadboard was on the bottom of the box with the other few items that I purchased. When I lifted the breadboard package out it was immediately obvious that it had been returned by someone else,the plastic sealing had been opened and the cardboard backing was tattered.Upon further inspection i could see the reason why it was returned. The aluminum plate backing was bent in several places, not really bad, but enough to warrant this a second, not a first like I had been expecting. I straightened it out and will keep it and hopefully the damage won't effect the usefulness of the product.

So my first purchase left me a little under enthused with Sparkfuns QC .

An update to my previous post; The Monday after the Friday that I posted my concerns about this product, Timothy from Sparkfun e-mailed me about my experience. He voiced his concerns about my purchase and wrote that a new board would be on the way to me post haste,,,, I have to say that I wasn't expecting that kind of a response so soon,, so thank you very much Timothy and Sparkfun.

So here is the thing,,,,, when I got the new board I opened the box as before and found pretty much the same condition,,,, the board had broken free from its packing and the bits and pcs were strewn about.(but not bent) So it's looking like the travel has taken its toll on the board and not a case of negligence at the Sparkfun end,,,, at least thats my story and Im gonna stick with it. Thank you again Timothy and every one at Sparkfun. I would recommend this product based on its cost,,, maybe not the best but descent value for the dollar and the support at Sparkfun was pretty awesome.

Terrible - Should have listened to reviews

about 4 years ago by Member #497421 verified purchaser

Components don't stick in this breadboard. I have another one that everything sticks in just fine. Couldn't install the black terminal since the internals were loose and I couldn't fasten the cheap plastic "nut" on the back. Just sucks

Broke trying to affix to board, was a little ruff, but not too ruff, crappy fixture. Sorry.

about 8 years ago by sgrace verified purchaser

College gave me some pretty bad breadboards to use. This changed all that.

The power rails are great for dedicated power setups, and the bread board itself is fairly high quality. I still have a couple designs stuck to it that I will return to when I have time. (I did some moving between this purchase and now, and the parts are still on it!).

This is a MUST HAVE for anyone that is doing electronics as a hobby. (I even used this to as the platform to program a few ATTiny85's).

Worst breadboard I ever used

about 8 years ago by RyanNazaretian verified purchaser

Then came the biggest issue. From one side of the power rail to the other, I measured 5 ohms of resistance. That's not much, but think if you're running a device that's powered by 3.3V, minimum voltage is 3.15V, and it pulls 150 mA. With the 5 ohm resistance, that equates to a a 750 mV drop, which doesn't work. I also had a lot of intermittent connection issues with the normal breadboard rows which caused my circuit to act strangely.

I thought maybe I got a bad one, so I tried the second one out. Feet didn't stick, 3 ohms of resistance on this one's power rail.

I'm sorry Sparkfun, but these things are junk!

Great breadboard, simple. I like the heavy plate attached to it, although I did order a second board without a plate for easier storage. All connections seem fine, I haven't run into any issues.

about 7 years ago by Member #766561 verified purchaser

Still learning how to use it but I'm sure it will be great..Thanks

A couple of issues

Sometimes it's difficult to put components or wires in certain holes because it looks as if the underlying metal is not properly aligned with the holes in the plastic.

Secondly, I don't like the way the posts are assembled. I stripped one of them trying to put it together and now I can't take it apart.

Last thing was the rubber feet. When you peel them off the sticky stuff came off. I had to scratch up (to remove the paint) the bottom of the metal so I could superglue the rubber feet to the board.

about 4 years ago by DaveTheYellowDart verified purchaser

I think this has probably been on the shelf for a while. The glue holding the plastic packaging to the card stock backing had completely let go by the time it got to my house so everything was loose in the box. The yellow binding post was missing a piece so I can only attach the black and red ones, though the right washer would probably do it. The adhesive that holds two of the rubber feet to the bottom has already let go so now I need to replace them all. All-in-all it was a worse breadboard experience than I expected. So far the actual breadboard aspect of it seems to work fine though.

about 4 years ago by Keep on Truckin! verified purchaser

I purchased this just to find that most parts are missing because the product package fell apart. As soon as I open the box I thought someone threw trash in it. I ended up getting the missing parts from another online company. I remember when Sparkfun used to be all about 100% quality assurance.

about a year ago by Member #1653032 verified purchaser

When the breadboard arrived, it was already opened and all the parts were separated and loose, and very dirty. All of the connections were too loose for resistors so it was near impossible to build a working circuit for a lab...

We are sorry to hear that the breadboard you had ordered arrived in this condition. Consider filling out a return ticket and we can get you taken care of: https://www.sparkfun.com/returns

about a year ago by bigwaveohs verified purchaser

Breadboard was mounted crooked on the chassis. Had to remove and redrill new holes and replace the breadboard. Poor quality product that is cheaply made.

about 7 years ago by DrFrog verified purchaser

The larger size (length) allows more complex test circuits to be assembled without tying in an additional board. Also I like the metal backing because of the added weight and larger footprint which makes poking in jumper wires and various other components/connectors easier. I have not use the power connectors, suppose they would be nice if you are using a large external power source. I use one of the breadboard power supply (obtainable from Sparkfun) for power hungry components which powers both rails and is switchable between 3,3V and 5.0V.

about 7 years ago by jsarao verified purchaser

Feet didn't stick. Posts were hard to assemble. Would have been better off buying the component pieces and mounting it to a scrap piece of plastic or similar.

about 7 years ago by Member #409476 verified purchaser

Hey what can I say it's a breadboard with lots of pins. The feet didn't stick well but a drop of cyanoacrylate solved the problem which I considered a minor annoyance not worth taking away a star. Overall well made board.