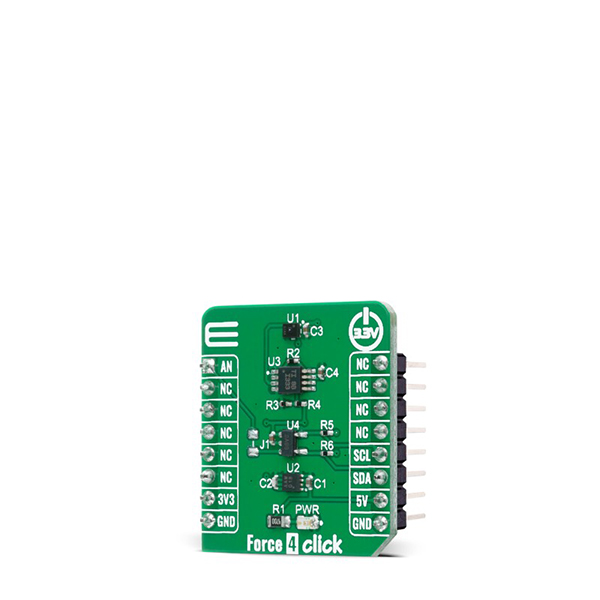 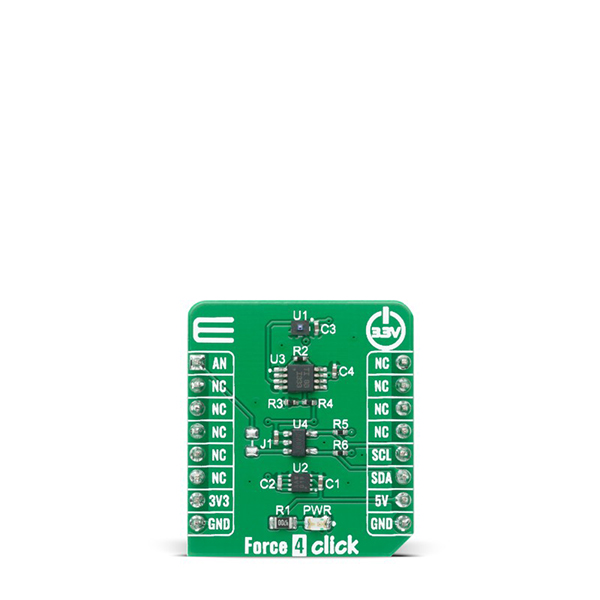 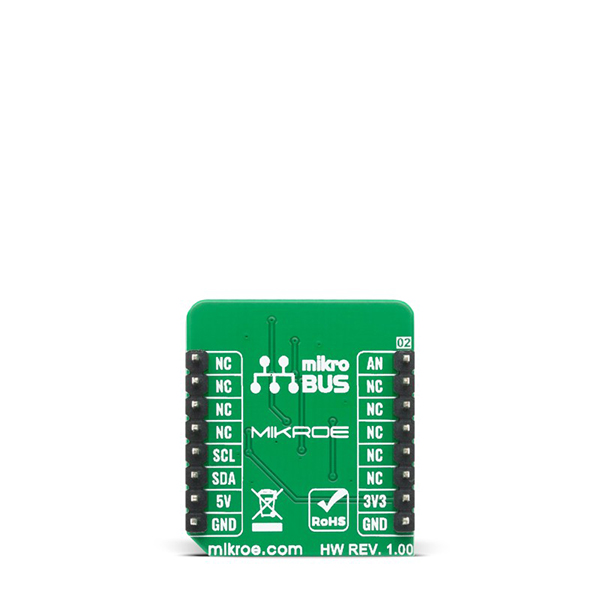 Force 4 Click board™ is supported by a mikroSDK compliant library, which includes functions that simplify software development.

Force 4 Click work in the same way as our air (atmospheric) pressure sensors, using the piezoresistive method. They detect loads (force) with a piezoresistive element manufactured using MEMS processes. Force sensors differ from air pressure sensors in that they have a thicker diaphragm, allowing detection of only relatively large changes in pressure, like from loads, while very subtle fluctuations, such as changes in air pressure, do not affect the output.

Force 4 Click utilizes an additional IC. It uses the MCP3221, a 12-bit successive approximation A/D converter (ADC) with I2C Interface, from Microchip. It is used to sample the output voltage from the sensor, providing data for the microcontroller (MCU) or some other device capable of communicating over the I2C bus. The voltage is sampled to a 12-bit value using the MCP1101-33 as the voltage reference.

If analog voltage is preferred to be red directly by the MCU, it can be easily done by adding 0 ohm resistor on J1 marked position on PCB, and the sensor output voltage will be available for reading on AN pin of mikroBUS™.

Force 4 Click features the smallest force sensors in the industry with dimensions compact enough which makes it a perfect solution for developing a fine-diameter stylus pen.