Retired BOB-00718 RoHS
Note: Retired Product
This is a retired product. There is an updated version available: BOB-12731 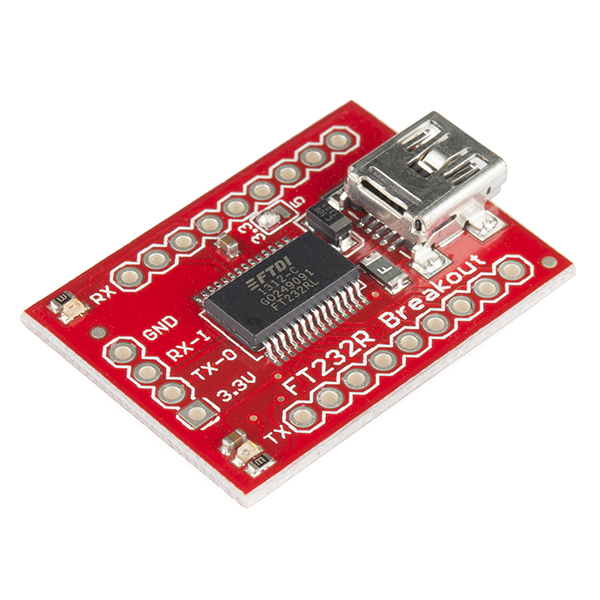 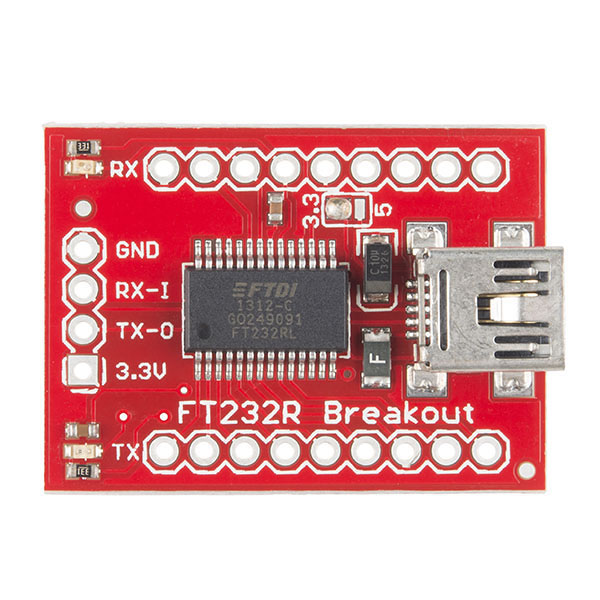 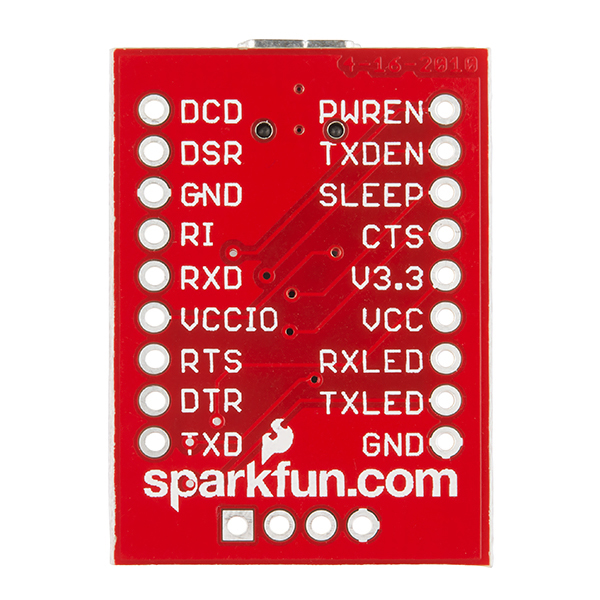 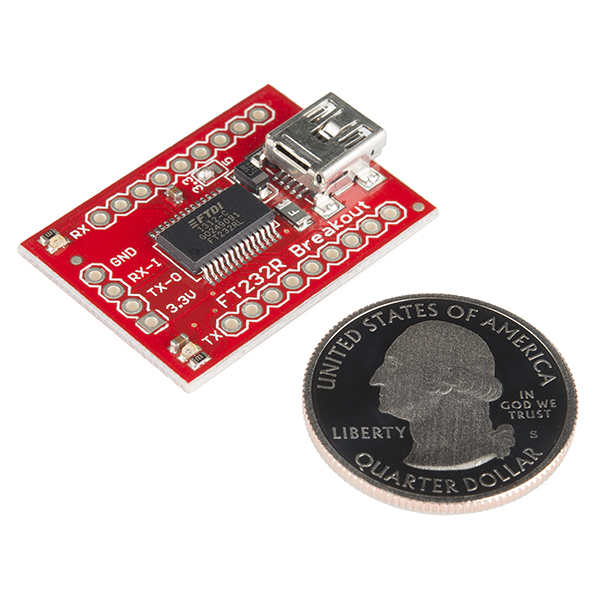 Retired BOB-00718 RoHS
Note: Retired Product
This is a retired product. There is an updated version available: BOB-12731

Basic breakout board for FTDI's popular USB to UART IC. Now with internal oscillator and EEPROM, the FT232RL is an impressive IC!

VCCIO is now tied to 3.3V through a solder jumper. You have the option of clearing this jumper and tying the VCCIO pin to 5V or any other IO voltage you need. For more information on how to wire VCCIO for 5V, checkout this mini-tutorial on the SparkFun forum.

Board comes assembled with IC as shown.

How to Install FTDI Drivers

How to install drivers for the FTDI Basic on Windows, Mac OS X, and Linux.
Favorited Favorite 12