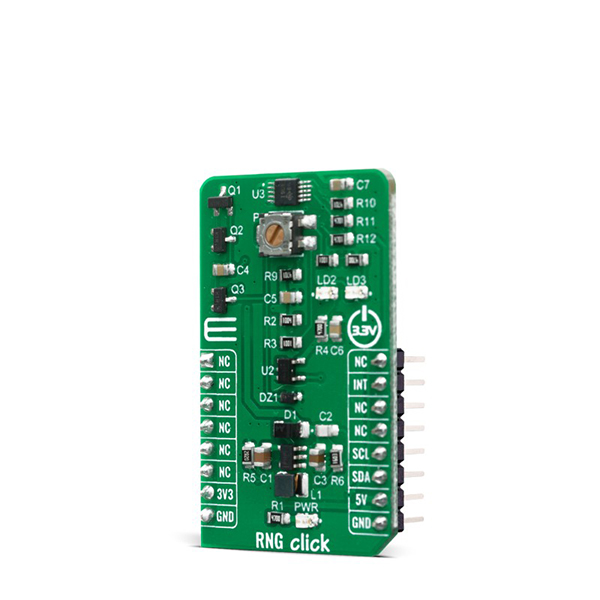 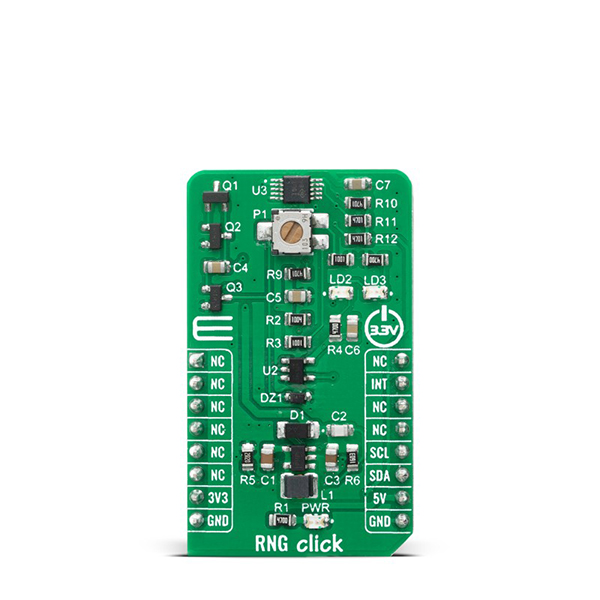 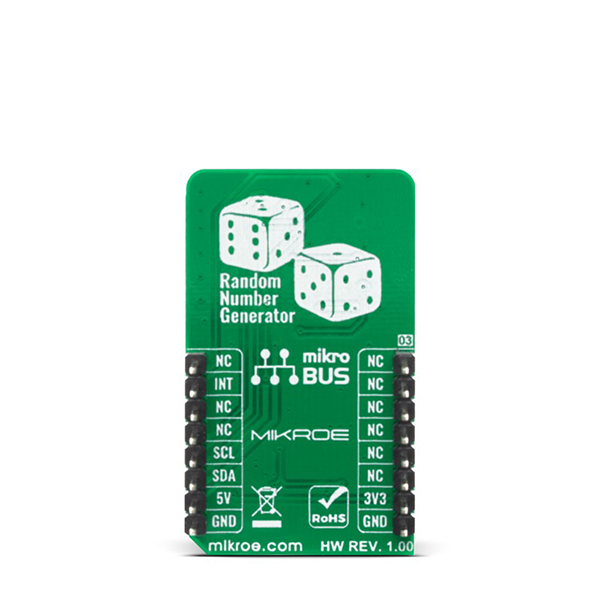 RNG Click is supported by a mikroSDK compliant library, which includes functions that simplify software development.

The heart of the RNG Click is the avalanche noise generated from an internal diode of the transistor Q1 (BC846B). Avalanche breakdown is a phenomenon that can occur in both insulating and semiconducting materials. It is a form of electric current multiplication that can allow very large currents within materials which are otherwise good insulators. The avalanche process occurs when carriers in the transition region are accelerated by the electric field to energies sufficient to create mobile or free electron-hole pairs via collisions with bound electrons. In order to achieve that, RNG Click has also boost converter onboard, which is based on TPS61041, from Texas Instruments, and it creates the +18V power supply for the job.

The noise signal, created by the transistors Q1 and Q2 is then amplified with Q3, voltage-limited using the Zener diode and digitalized using the NC7S14M5X inverter, from Fairchild Semiconductor. After that, the string of random ones and zeros is achieved, which is brought to the ADS1115 - 16BIT sigma-delta ADC, from Texas Instruments. The potentiometer P1 is used to set as near as possible distribution of ones and zeros, which is indicated by the LD2 and LD3 LED diodes. The potentiometer P1 should be set in a way that the LD2 and LD3 diodes illuminate as equally as possible. That way, when the single-shot measurement is performed using the ADS1115, over the I2C protocol, the true, 16-bit random number is obtained.

This Click board™ uses both I2C communication interface. It is designed to be operated only with 3.3V logic levels. A proper logic voltage level conversion should be performed before the Click board™ is used with MCUs with logic levels of 5V.