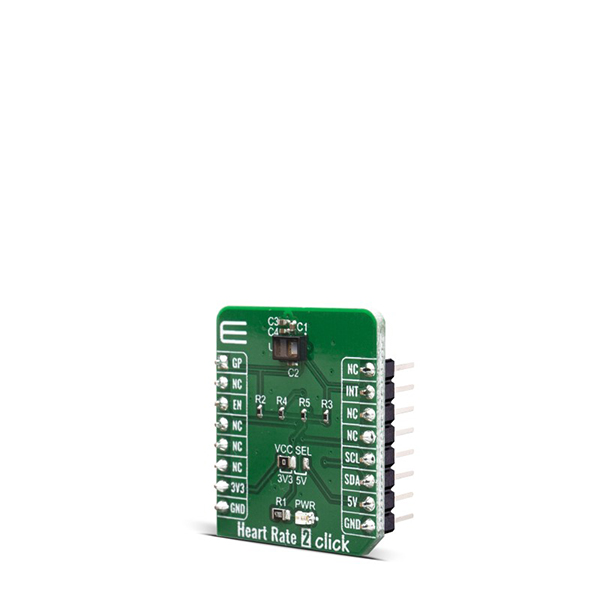 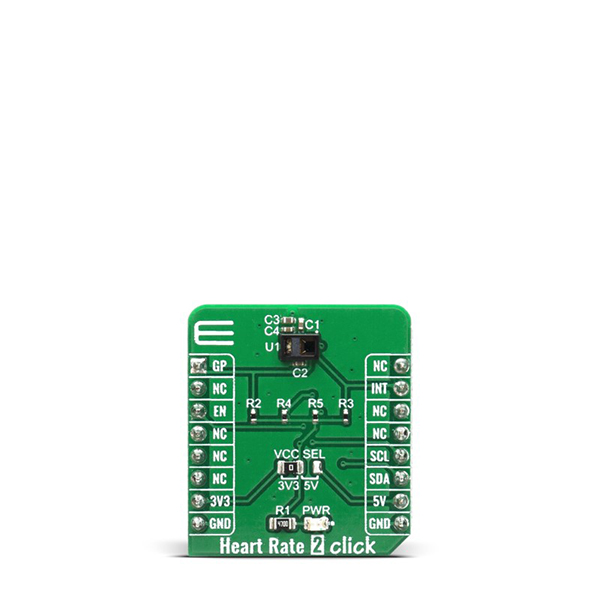 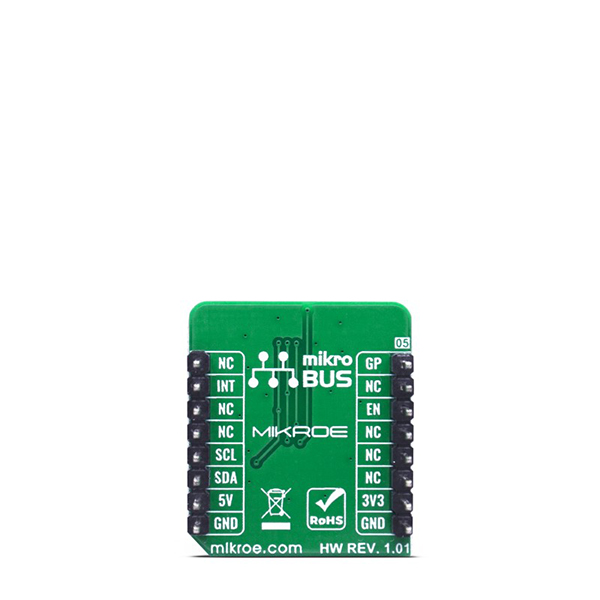 Heart Rate 2 Click board™ is supported by a mikroSDK compliant library, which includes functions that simplify software development.

Heart Rate 2 Click is well suited for a wide variety of optical sensing applications, consistsing of a single optical readout channel and a precision LED driver current DACs that modulate LED pulses for a variety of optical measurements. The LED current DACs have 8 bits of dynamic range with four programmable full-scale ranges of 31mA, 62mA, 94mA, and 124mA. The LED drivers are low dropout current sources allowing for low-noise, power-supply independent LED currents to be sourced at the lowest supply voltage possible, minimizing LED power consumption. The LED pulse width can be programmed from 14.8μs to 117.3μs to allow the algorithms to optimize SpO2 and HR accuracy at the lowest dynamic power consumption dictated by the application.

The optical subsystem Heart Rate 2 Click based on MAXM86161 is composed of ambient light cancellation (ALC), a continuous-time sigma-delta ADC, and proprietary discrete time filter. ALC incorporates a proprietary scheme to cancel ambientlight-generated photo diode currents, allowing the sensor to work in high ambient light conditions. The optical ADC has programmable full-scale ranges of 4μA to 32μA. The internal ADC is a continuous time, oversampling sigmadelta converter with 19-bit resolution. The ADC output data rate can be programmed from 8sps (samples per second) to 4096sps. The MAXM86161 includes a proprietary discrete time filter to reject 50Hz/60Hz interference and changing residual ambient light from the sensor measurements.

Sensor also includes an optical proximity function which could significantly reduce energy consumption and extend battery life when the sensor is not in contact with the skin. MAXM86161 power to a minimum during situations where there is no reflective returned signal. It is also intended to reduce the emitted light to a minimum or even below that perceivable by the human eye.

The native delta-sigma ADC linearity is exceptional. However, the subranging DAC uses a unary architecture which has some mismatch between unit current sources of the DAC and the ADC reference current. This mismatch results in some transfer function nonlinearity (XNL) errors when the sub-DAC code transitions. For this reason, the sub-ranging DAC algorithm is designed to minimize DAC transitions by introducing large hysteresis through the overlapping sub-DAC ranges. Consequently, under normal PPG operation, the sub-DAC does not transition and the linearity of the converter signal is driven entirely by the linear native delta-sigma ADC. In addition to algorithmically reducing the sub-DAC transitions, the MAXM86161 incorporates a self-calibration scheme that can be used to further reduce the sub-DAC XNL errors.