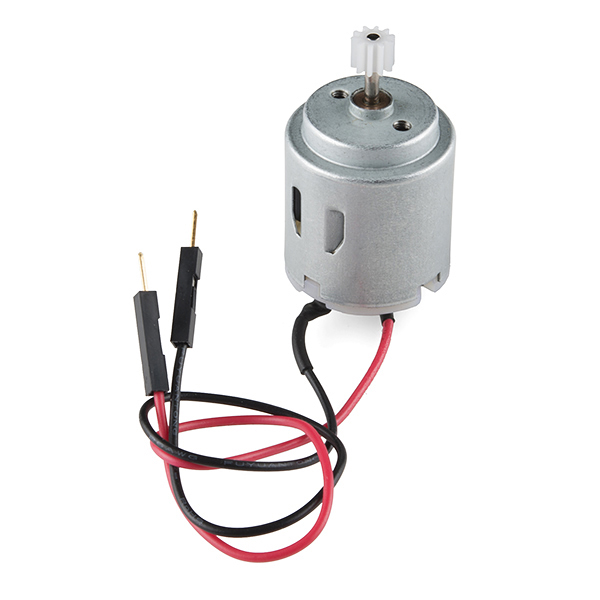 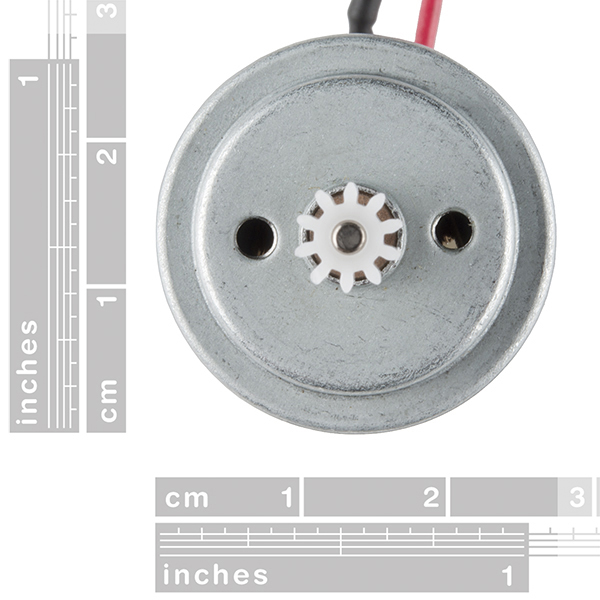 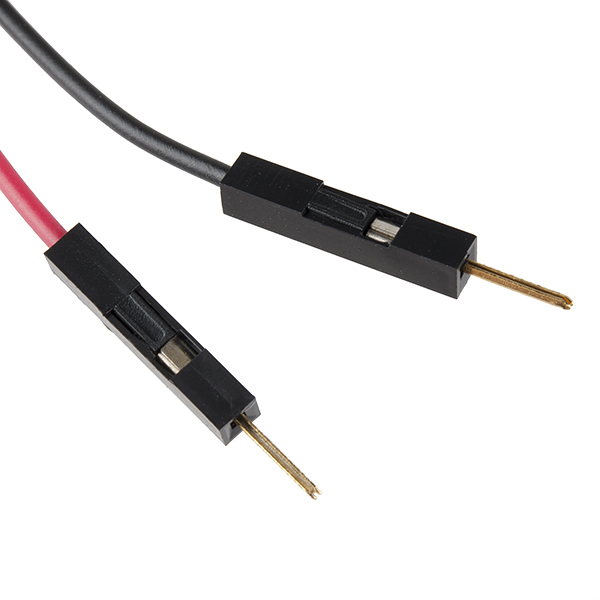 This is our new Hobby Motor now with a 6mm, 10 tooth, gear to make your basic projects a little simpler to manage. It works well for basic things like making a fan or spinning something pretty fast without much resistance.

Note: Though the Datasheet for this Hobby Motor states a max voltage range of 3.0VDC, our supplier has ensured us that it can handle a max load of 12VDC.

For an example of controlling the hobby motor with a microcontroller, check out our old SIK v3.3 example. 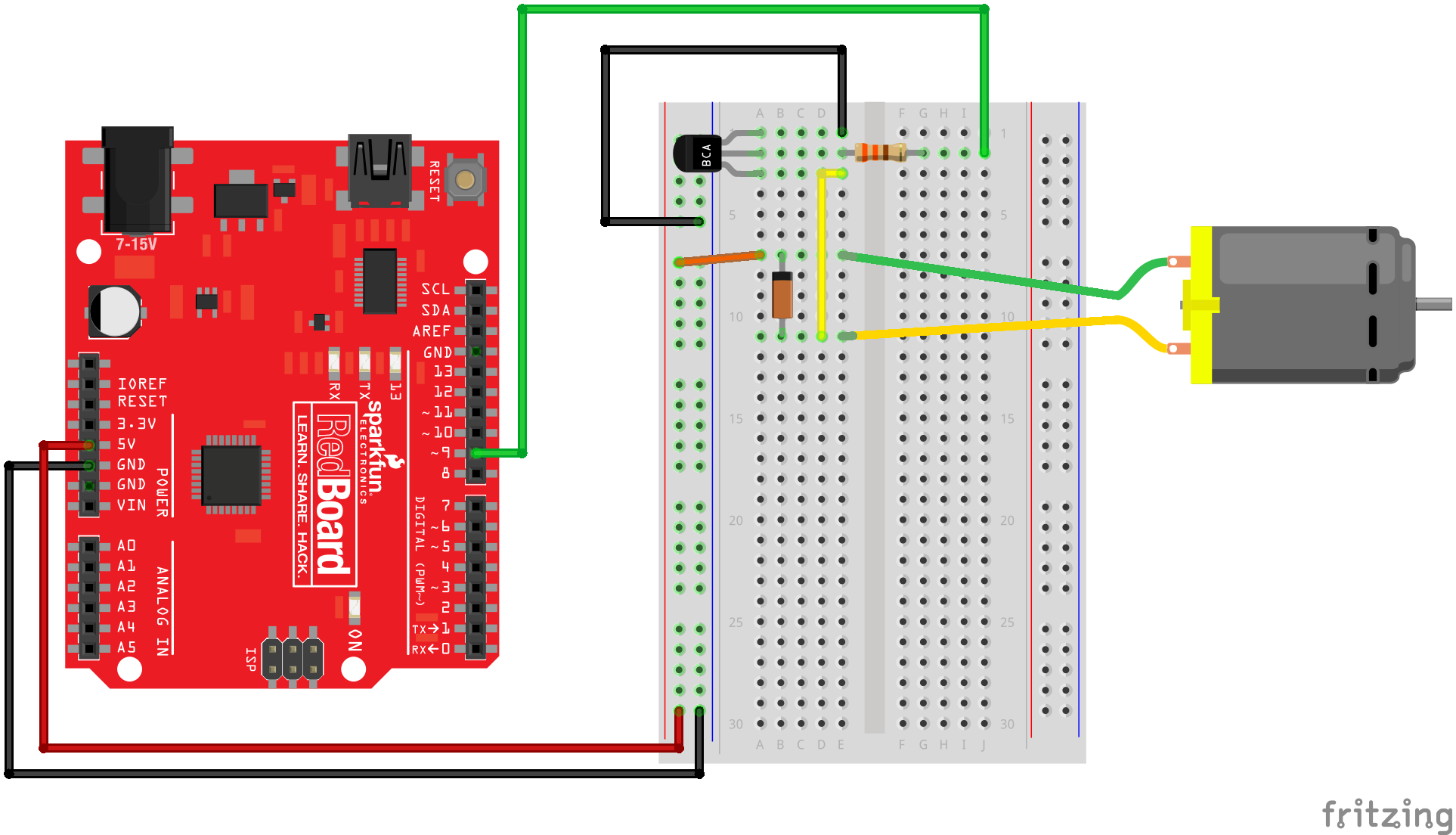 about 8 years ago by Member #629793 verified purchaser

It would be nice though if SparkFun would show spur (or worm wheel) gears that fit (or mesh) with the gear on the motor. Also, I think it would be nice to show bushings that fit d.c. and stepper motors being sold on the website so that you can attach the appropriate gears to the motor if need be.

Works great with one or two AA batteries

about 8 years ago by Member #587130 verified purchaser

I needed this for a Spin Art kit I designed for my students. I wanted a motor with a shaft and no gear but couldn't find one at a good price so I bought a bunch of these. I ended up drawing a gear to match this one and cut it out of plywood so I could spin a wooden disc on top of this motor. Worked great! It's also possible to remove the gear with pliers although the plastic breaks easily so don't count on getting it back on. I wish the leads weren't covered in bulky plastic. It makes connecting this to other wires, either when using wire connectors or soldering tricky. In most cases, I had to cut and then strip the leads before the plastic pieces.

I like that this works well with either one or two AA batteries. Of the 44 motors I ordered, not a single one malfunctioned.

about 8 years ago by Member #367806 verified purchaser

I have purchased a total of about 100 of these motors for "brushbot" workshops with elementary and middle school students (a brushbot is like a bristlebot but bigger, built on a scrub brush instead of a toothbrush). I hoped it to be a time-saving endeavor because these motors already have wires soldered onto them. Unfortunately that hasn't been the case because the solder connections are VERY easily kinked or broken. I understand that "give this to an 8 year old to build a vibrating robot" is more abuse than the motor may be designed for, but for the first workshop I did, I had to resolder wires on every single motor. Some of them were even broken out of the box, seemingly because of how tightly they all get packed in when you order 20 of them, resulting in some wires getting kinked. I can tell that the initial connection is pretty weak (despite the shrink wrap protecting them) because re-soldering always winds up in a MUCH stronger connection that can actually stand up to some tugging or bending.

My solution for now has been to put hot glue around the base of each wire, to strengthen the connection and make it harder to kink.

Hi, Thanks for the review. And sorry to hear that you have had to touch up those solder points. These are a low cost motor, so some quality tolerance should be considered with these. However, a dab of hot glue is a great way to support the wires.

about 8 years ago by Member #619094 verified purchaser

This small, light motor was just what I needed for a small project. Good price and the right size. No complaints.