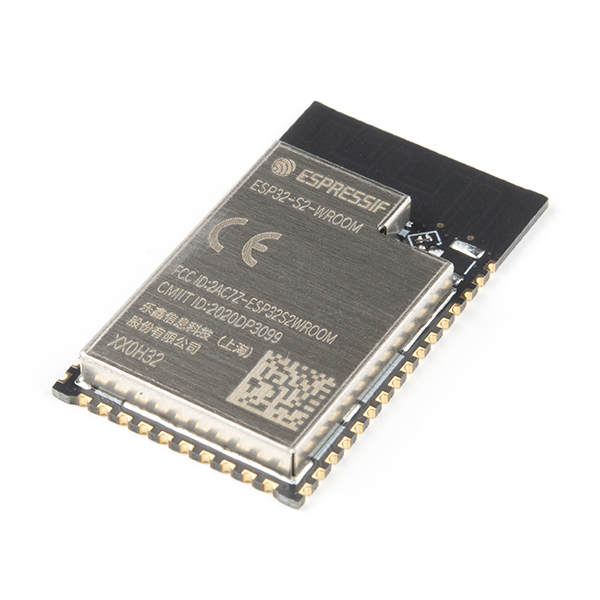 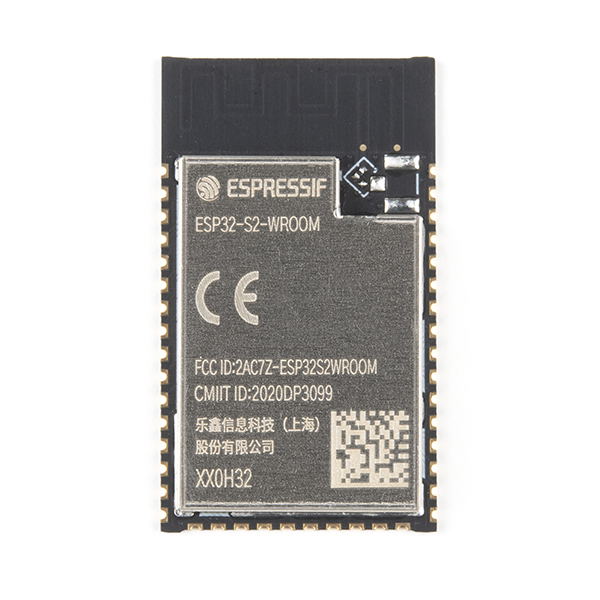 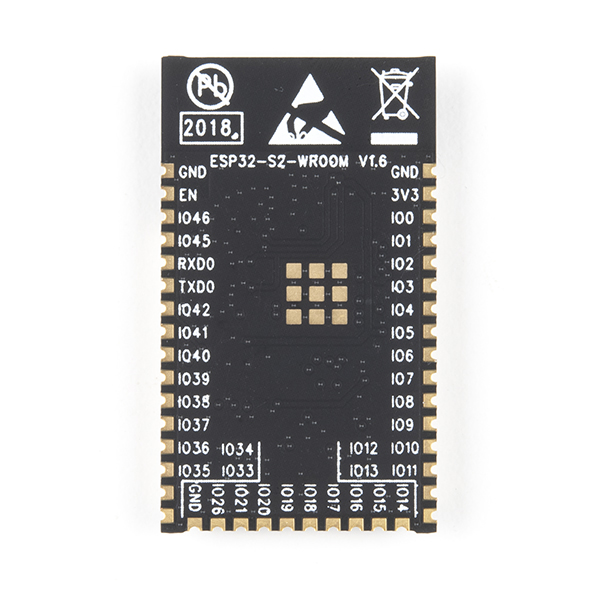 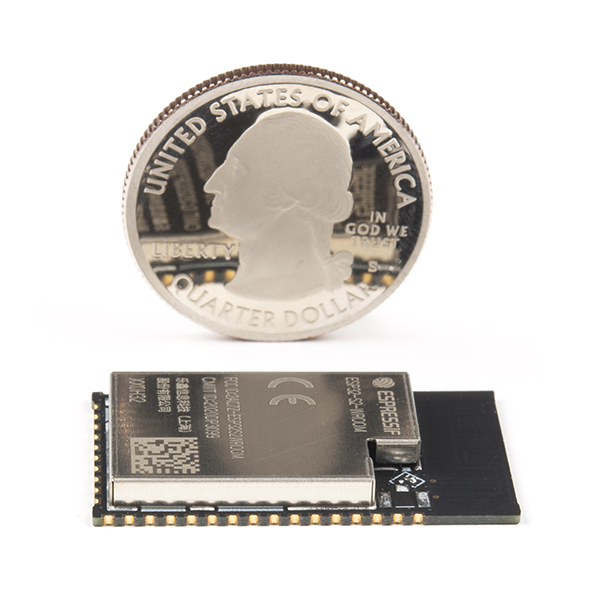 It's best to think of the ESP32-S2 WROOM Module as the next step in the ESP32 WROOM module line. It builds on the benefits of the original ESP32 WROOM Module with new and improved features such as security, display support, and increased environmental performance. Featuring transparent external flash and RAM encryption, secure boot features allowing only signed firmware, as well as included HMAC and Digital Signature modules that use software inaccessible keys to generate SHA-MAC and MAC signatures solving most of the security flaws of the previous generation.

The module comes fully certified with integrated antenna and software stacks and 4MB of flash. It's operating temperature range is an expanded -40 to 125 degrees Celsius!

Skill Level: Experienced - You might be required to do some reflow or basic rework with SMD components. A heat gun, Heaterizer or other tools might be required, and a good understanding of SMD soldering as well as PTH soldering are required.
See all skill levels

Skill Level: Competent - You might need to break out the power tools. Nothing beyond a power drill or rotary tool should be required, but you might have a hard time with just a screwdriver and hammer. Cutting holes into plastic or metal might be required.
See all skill levels