Retired BOK-11976 RoHS
Note: Retired Product
This is a retired product. There is an updated version available: BOK-15884 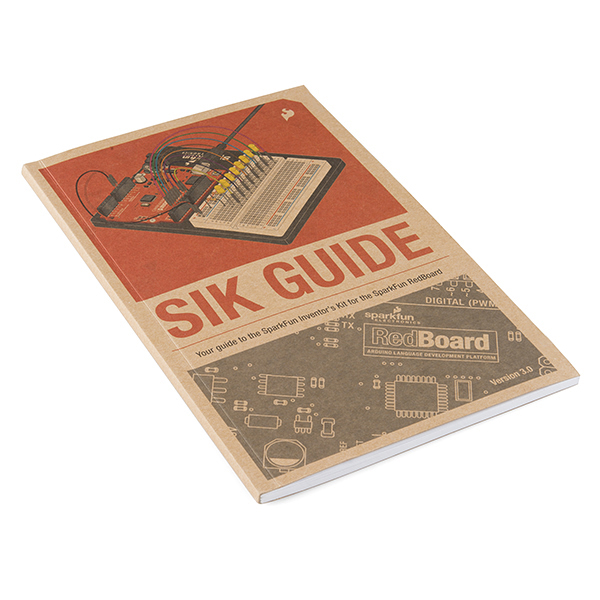 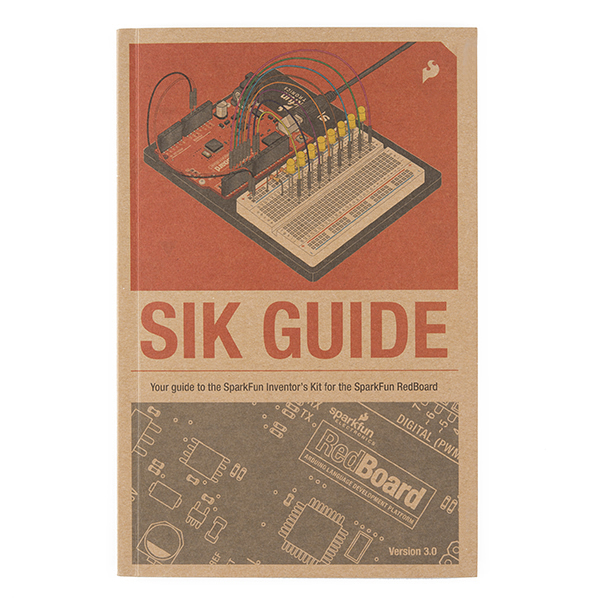 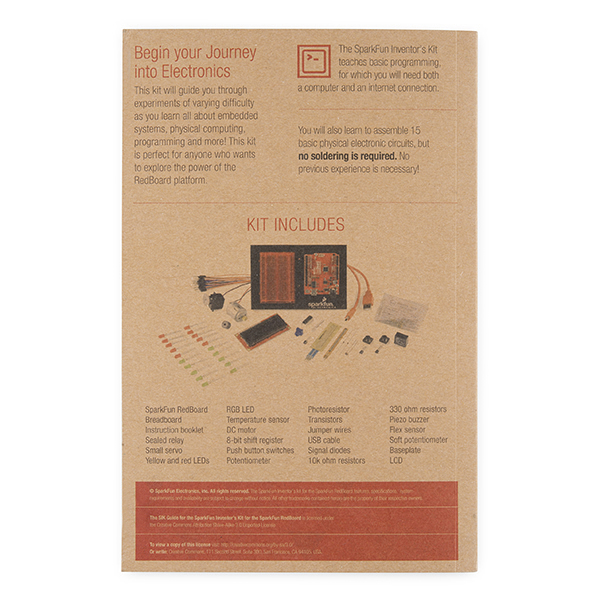 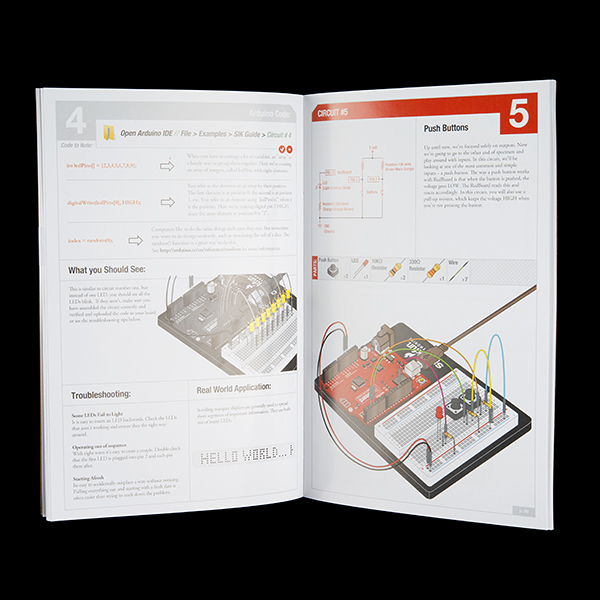 Retired BOK-11976 RoHS
Note: Retired Product
This is a retired product. There is an updated version available: BOK-15884

The full-color SparkFun Inventor's Kit Guidebook V3 contains step by step instructions of how to connect each circuit with the included parts. Full example code is provided and explained and even includes troubleshooting tips if something goes wrong. Once you make your way through all of the example circuits you will have a much better grasp on programming electronics!