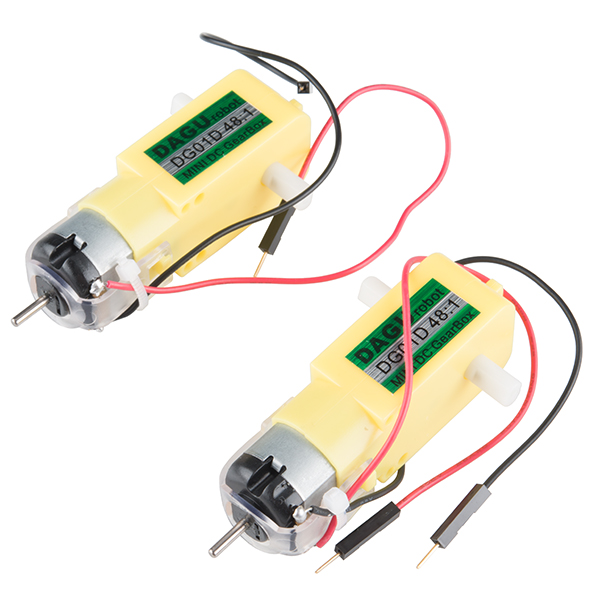 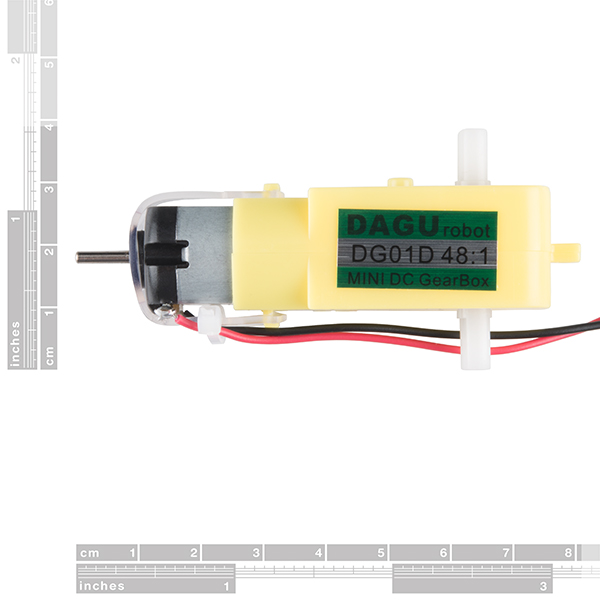 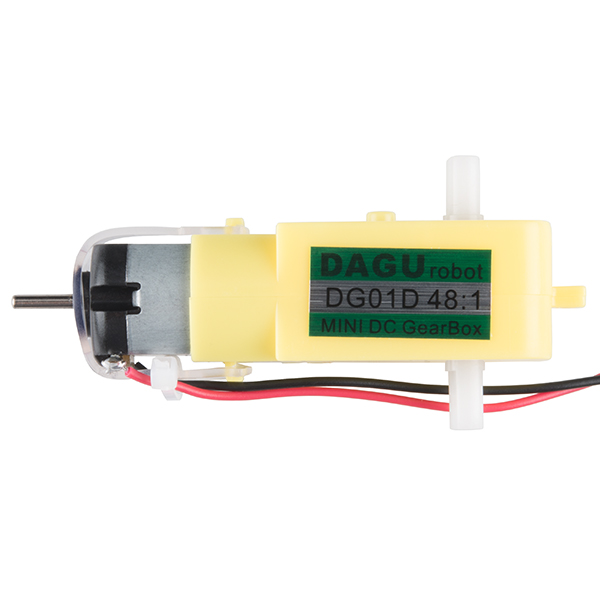 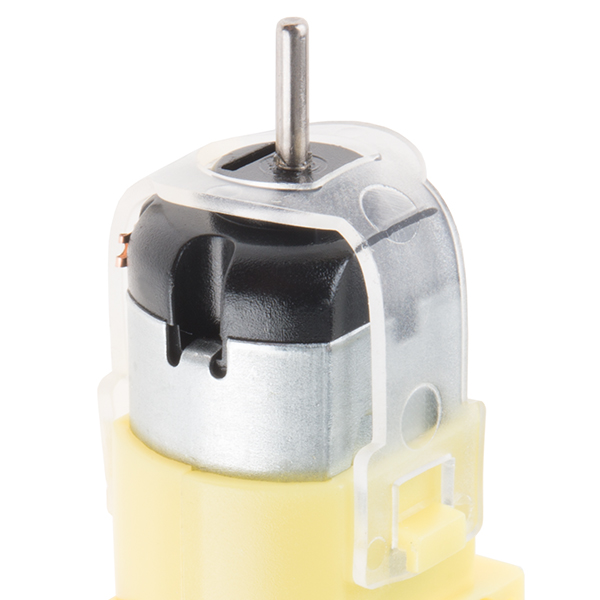 These are a pair of hobby gearmotors from DAGU. These gearmotors are the same ones recommended for use in the Shadow Chassis and offer a cheap and easy-to-use setup to get your wheels turning. Each Hobby Gearmotor also possess a 9mm long output on a straight axis.

These gearmotors require a voltage of 4.5V with a no load current of 190mA while possessing a gearbox ratio of 48:1 and a wheel speed of 140 RPM unloaded.

Every motor order is sold in packs of two.

Note: The RPM listed in the datasheet below is listed as 90RPM. Based on our own testing we found the gearmotors can actually achieve a No Load Speed of about 140 RPM.

Build a robot with the Tessel 2 that you can control from a browser on your phone or laptop.
Favorited Favorite 8

Use the Tessel 2 and the Johnny Five Inventors kit to explore the world of JavaScript enabled hardware through 14 awesome experiments!
Favorited Favorite 8

This tutorial will show you how to make a robot that streams a webcam to a custom website that can be remotely controlled.
Favorited Favorite 9

The SparkFun Inventor's Kit (SIK) Experiment Guide contains all of the information needed to build all five projects, encompassing 16 circuits, in the latest version of the kit, v4.1.
Favorited Favorite 10

We use parts from the SparkFun Inventor's Kit v4.0 to create a light-seeking robot that mimics the behavior of single-celled organisms.
Favorited Favorite 8

Get started with the moto:bit, a carrier board for the micro:bit that allows you to control motors, and create your own robot using this experiment guide for the micro:bot kit.
Favorited Favorite 5

Works ok for a while, but don't expect them to last forever.

As is common with a lot of things made in China, these simple motors with their plastic gear trains won't last forever. Tried using them for a project, but after a several hundred hours of use, they will die out. In my case, the motors would either spin very slowly as if someone had their thumb on the scale or they'd work sporadically. Sometimes the lights on my red board would blink indicating that power was being directed to them, but they wouldn't spin at all.

They're suitable for projects that don't require anything too durable or strong, but if you want something that will last longer, look into getting Sparkfun motors with gear trains made out of metal.

I'd personally like to have more options for made in USA electronic parts instead of China or at the very least made in Japan, South Korea or Europe.

This is the gear motor for your DIY encoders

Putting your encoders on the extra shaft of these motors is definitely the way to go. With a simple 4 blade optical interrupt encoder I'm getting very accurate distances. I get 384 ticks per wheel rev.

This is a WAY better setup than putting encoders on the output shaft. Finally a cheap robot that drives straight!

Bought 4 of these for teaching demos. The lead wires are properly soldered at the motor end, but NONE of the black wire crimp on connectors at the other end were making electrical contact. The wires had not been stripped. Had to fix each one myself. Red wires were properly stripped and crimped…

I purchased this to use in a 3D printed car I am designing and its narrow body has worked great and it was very easy to use. I also purchased the battery boxes and soldered the wires together - everything works great and my students are interested in how I did it and how THEY can do it too! THANKS Amy Fletcher

about 3 months ago by Carlin verified purchaser

I started buying the motor controllers to use with another project, and as an impulse buy grabbed some of these, they're amazing little motors for the price. I was surprised how much torque they were delivering. Now obviously not going to hold up like a full metal gear motor would, but definitely will find a use one some projects. OK, back to building the bots now :)