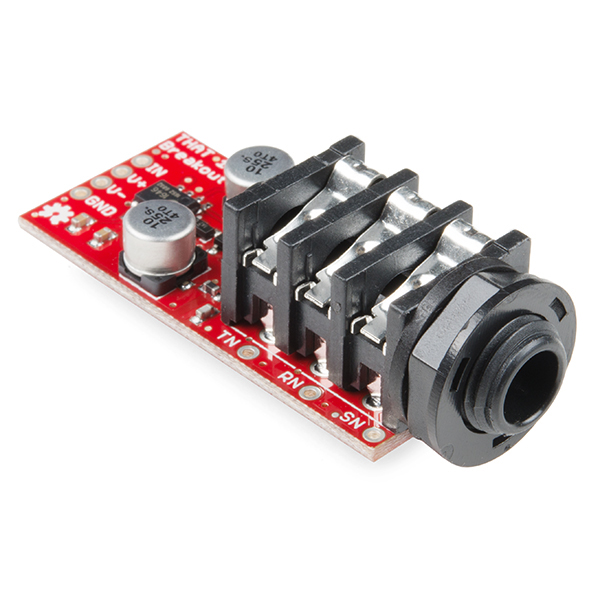 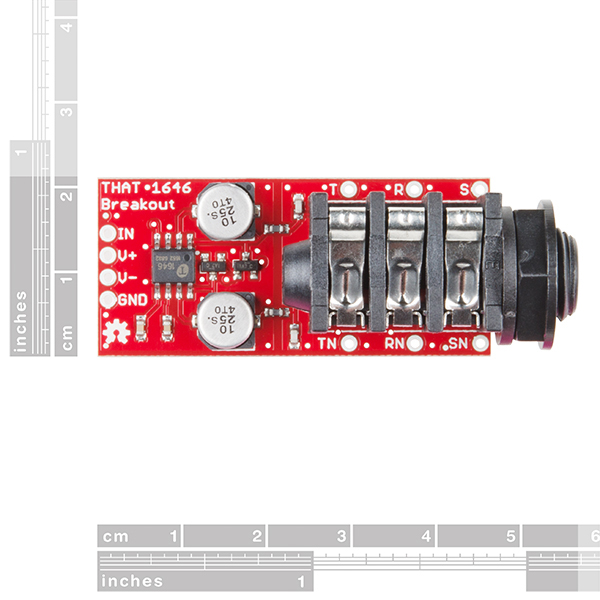 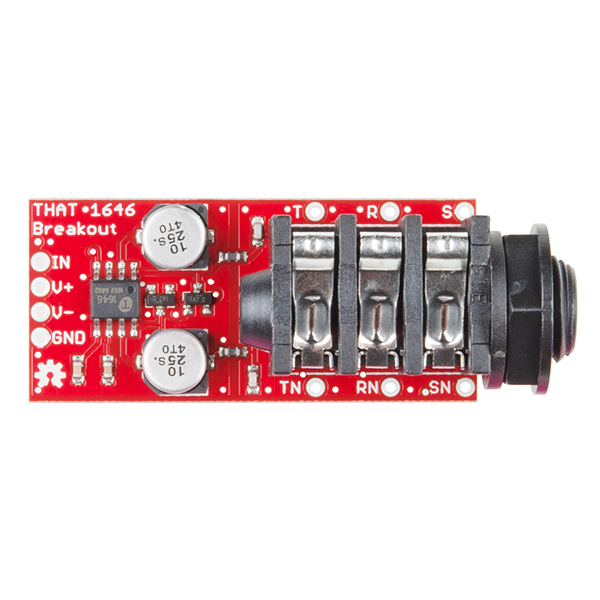 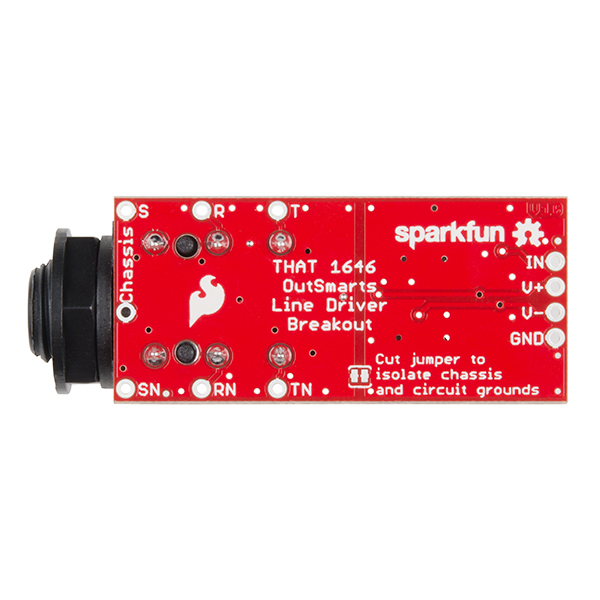 The THAT 1646 OutSmarts Breakout Board offers an easy solution to adding a balanced audio output to your circuits. The THAT OutSmarts technology has been designed as a high-grade analog line driver and offers a low distortion and high common mode rejection in real-world audio applications. Each breakout board combines the THAT 1646 IC, its supporting components and a ¼" TRS (Tip Ring Sleeve) socket. With these powers combined, you will find it very easy to use the output drivers on breadboards and in projects!

The THAT 1646 OutSmarts Breakout and its sibling, the THAT 1206 InGenius Breakout, perform mirror-image signal conversion. While the InGenius is a balanced-to-unbalanced input receiver, this OutSmarts is an unbalanced-to-balanced output driver. We have made sure to break out each pin you need to utilize the OutSmarts board including the unbalanced input (IN), the positive and negative power supply rails (V+, V-) and, of course, ground (GND). Additionally, adjacent to each leg of the socket are test points for the signal (T, R, S) and normal (TN, RN, SN) contacts.

Get Started with the THAT 1646 OutSmarts Guide

Learn about the benefits of balanced signal transmission, and how to apply the THAT InGenius and OutSmarts breakouts.
Favorited Favorite 5

about 2 years ago by Member #927832 verified purchaser

These breakout boards are super flexible and extremely easy to use. I installed a pair in a compressor mod using the Normalled outputs to feed a transformer and it works great. Super flexible

I read about this in SoundonSound magazine and immediately ordered. Adding a pair of these to my Synthesizers.com synth was easy and gave me balanced outputs making integration with a DAW much better. Very easy to use, worked first time and performs brilliantly.

Simple solution when Balanced is best

about 2 years ago by JuleDude verified purchaser

The THAT 1646 IC is the best, in my experience. Extremely fast. Zero latency. Zero noise. This cool Sparkfun package will add a professional touch to any audio device. Quite handy for pushing Class D high wattage amps in the music making world. Requires a bipolar DC supply, about 10 mils, but those are easy to come by.

about 3 months ago by Member #372703 verified purchaser

Bought 10 of these and installed them in an old dbx patch bay, replacing the jack modules. Connected 16v from a 51x psu and I now have a perfect 10ch unit to not only balance my old hw synths going into an Euphonix AD converter, but it also works as a line booster so I can connect them directly to the converter. Sounds great!

about 3 months ago by Member #372703 verified purchaser

Bought 10 of these and installed them in an old dbx patch bay, replacing the jack modules. Connected 16v from a 51x psu and I now have a perfect 10ch unit to not only balance my old hw synths going into an Euphonix AD converter, but it also works as a line booster so I can connect them directly to the converter. Sounds great!