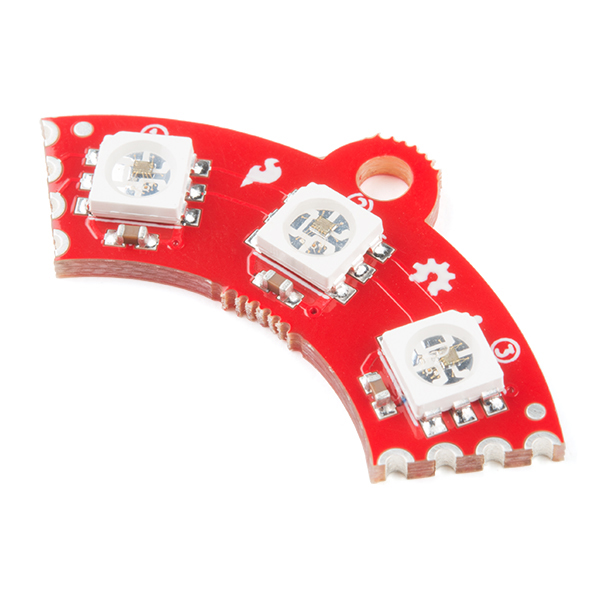 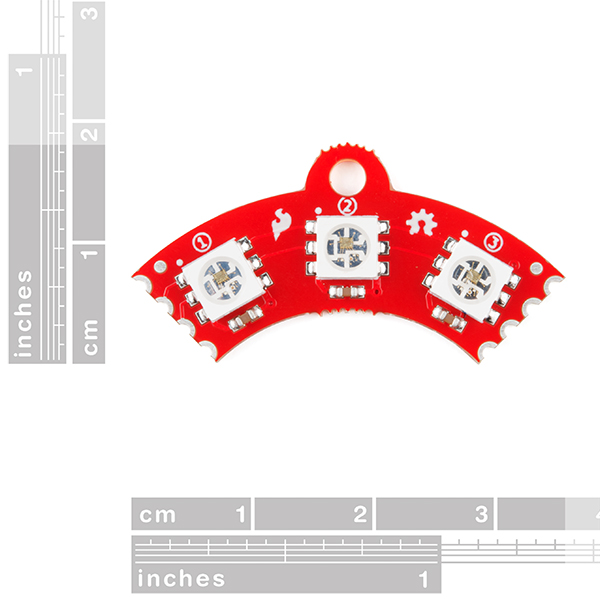 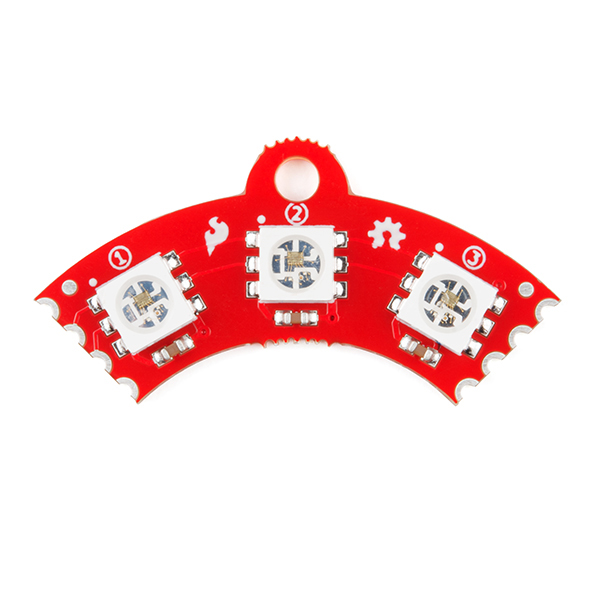 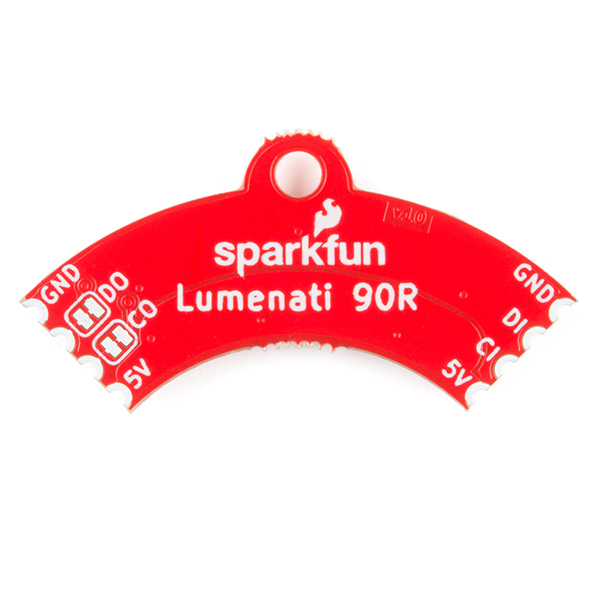 The SparkFun Lumenati 90R is a small quarter-circle board equipped with three APA102C LEDs and a single mounting position that has been designed to give your projects an edge in their lighting capacity. The 90R board has been specifically designed to be daisy-chained with other Lumenati boards, thanks to the castellated edge connectors at each end allowing for multiple design options and formations. Additionally, we have labeled the APA102C LEDs on each board with numbers indicating their position in the sequence to help you write code more easily. We especially love using the Lumenati boards to give our flying race drones a bit of style and panache.

The Lumenati 90R gets its name from the 90° angle it takes and the direction the signal and power flow. Combining four of the 90R boards creates a 12-LED ring with enough space in the center for a Lumenati 8-pack board. If you want to create more than just a small ring, you can also solder on 8-stick boards to the 90R to create outlines of different shapes and sizes.

The APA102C addressable LEDs operate on +5V power input, as well as 0--5V logic levels for clock and data, and employ a 2-wire communication protocol consisting of a clock line and a data line. While this requires one more wire than standard WS2812B LEDs, the advantage is that the communication with the LEDs becomes somewhat timing-independent, allowing you to run these directly off of a Raspberry Pi or other single-board computer that doesn’t normally allow for a long, precisely timed data stream without the use of additional hardware.

Note: There are two solder jumpers on the back of the 90R labeled CO and DO (clock out and data out) that can be cut to interrupt those signals in case you make a closed-loop design where you don’t want the clock and data from your last LED to interfere with the clock and data to your first. It is critical that you cut the traces in the jumpers of the last board in the loop before you power up your LEDs if you’ve put together a continuous loop of Lumenati boards. Otherwise, it is likely that you’ll burn out a couple of LEDs.

Get Started with the SparkFun Lumenati Guide

Use Lumenati LED boards to add glow to your own alien garden.
Favorited Favorite 1

How to Solder: Castellated Mounting Holes

Tutorial showing how to solder castellated holes (or castellations). This might come in handy if you need to solder a module or PCB to another PCB. These castellations are becoming popular with integrated WiFi and Bluetooth modules.
Favorited Favorite 17

Lumenati is our line of APA102c-based addressable LED boards. We'll show you how to bring the sparkle to your projects!
Favorited Favorite 5