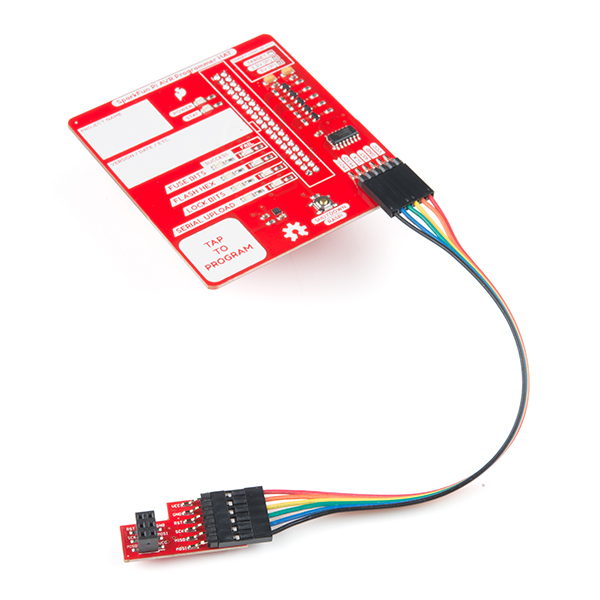 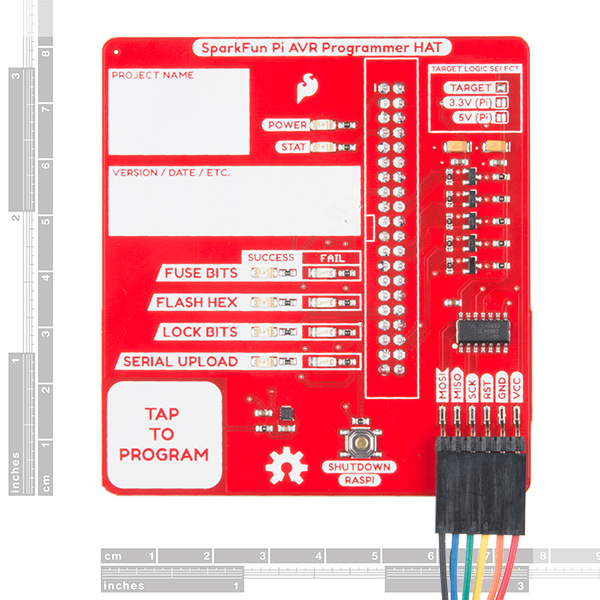 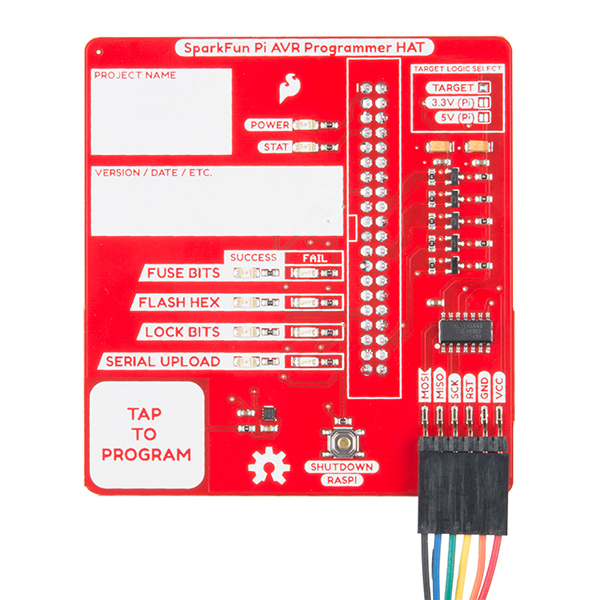 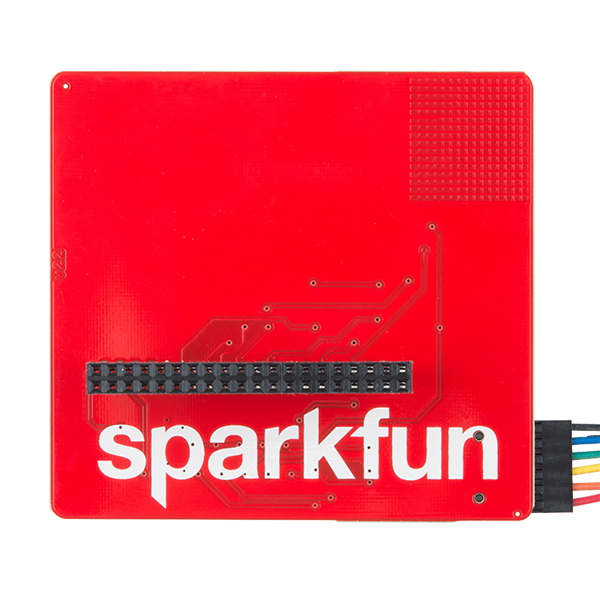 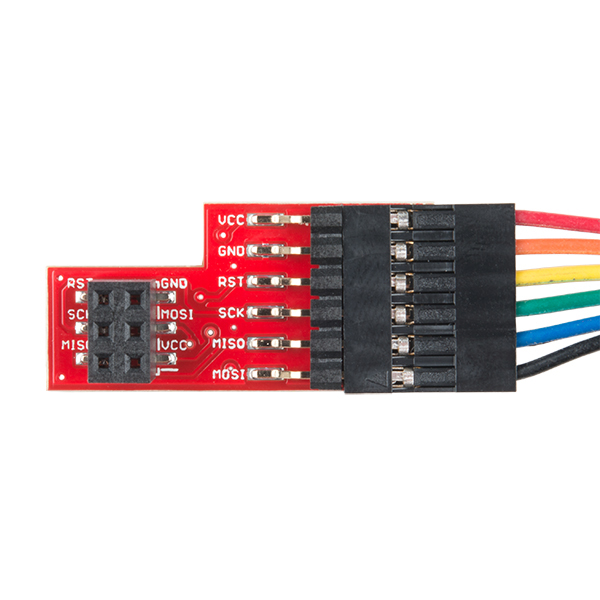 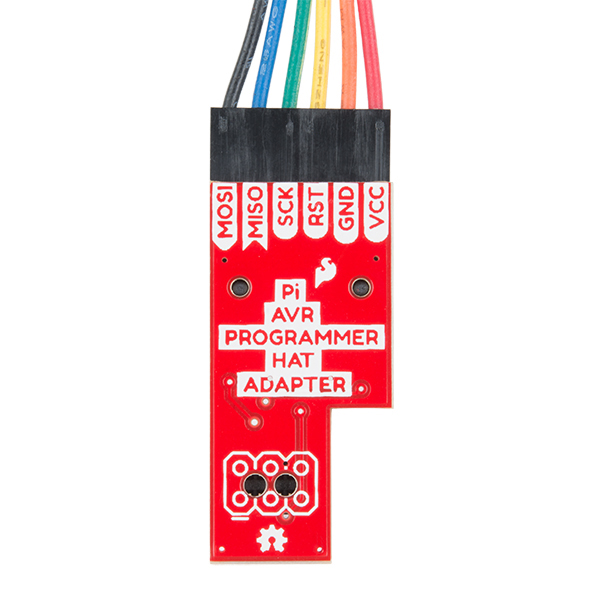 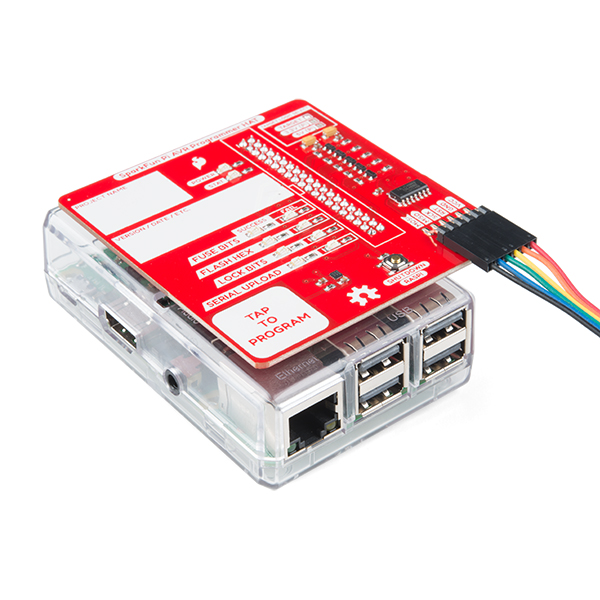 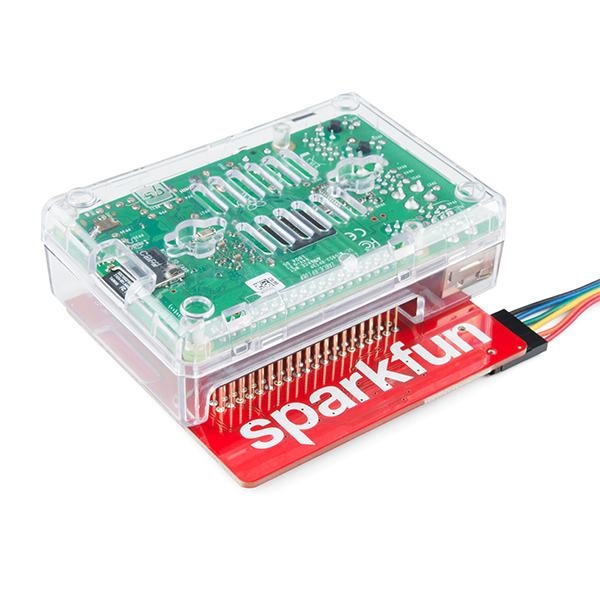 The SparkFun Pi AVR Programmer HAT makes it easy to program AVRs directly from the SPI hardware pins on any Raspberry Pi. It was originally designed as an in-house solution for SparkFun production, but now is offered as a robust programming tool for anyone to purchase! This programmer is by far one of the fastest, most reliable, and hack-able (fully open sourced) AVR programming solutions available. Whether you’re a beginner or experienced electronics enthusiast, the Pi AVR Programmer HAT should be easy to get up-and-running.

The SparkFun Pi AVR Programmer HAT plugs directly into the GPIO port on your Raspberry Pi and provides multiple unique amenities onboard including (but not limited to) a capacitive touch pad to engage programming, multiple Pass / Fail status LEDs, an isolation switch, and label boxes to keep track of your projects. Also included with each HAT is a 1x6 hookup cable that connects to the programmer's ISP header, and an ISP interface adapter equipped with a 2x3 header. Programming an AVR through an in-system programmer (ISP) can provide many benefits including a faster code upload rate, the ability to overwrite the bootloader and gain a bit more flash space, and a way to influence the fuse bits to change a multitude of settings on your target.

This HAT can be used directly from the command line using AVRDUDE commands, with some simple setup steps, or it can function as a stand-alone programmer with a capacitive touch pad engage button and status LEDs!

Get Started with the SparkFun Pi AVR Programmer HAT Guide

This tutorial will show you how to use a headless Raspberry Pi to flash hex files onto AVR microcontrollers as a stand-alone programmer. It also tells the story about production programming challenges, how SparkFun came to this solution, and all the lessons learned along the way.
Favorited Favorite 10

In this tutorial, we will use a Raspberry Pi 3 and the Pi AVR Programmer HAT to program an ATMega328P target. We are going to first program the Arduino bootloader over SPI, and then upload an Arduino sketch over a USB serial COM port.
Favorited Favorite 2

Awesome! Easy to setup - even for a noob.

about 2 years ago by Member #118354 verified purchaser

I'm a raspi noob and had it up and running in about 10 minutes. Would have been sooner, but SPI wasn't enabled on my Raspi. Ran raspi-config, enabled SPI, and worked right away. Didn't have to reboot.

I haven't tested the logic levels and powered my Uno with a USB cord. So, I will update my review if I have trouble with the 3.3v or 5v jumpers.

about 9 months ago by kd7eir verified purchaser

This is my new favorite way of programming! Works just fine on a Pi4 B.