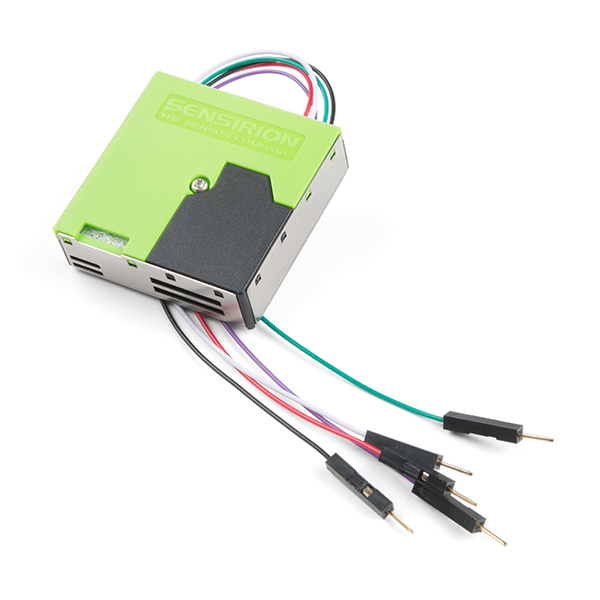 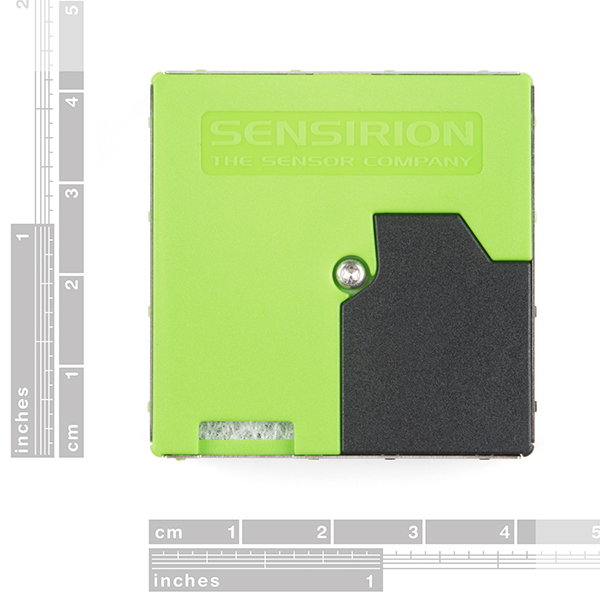 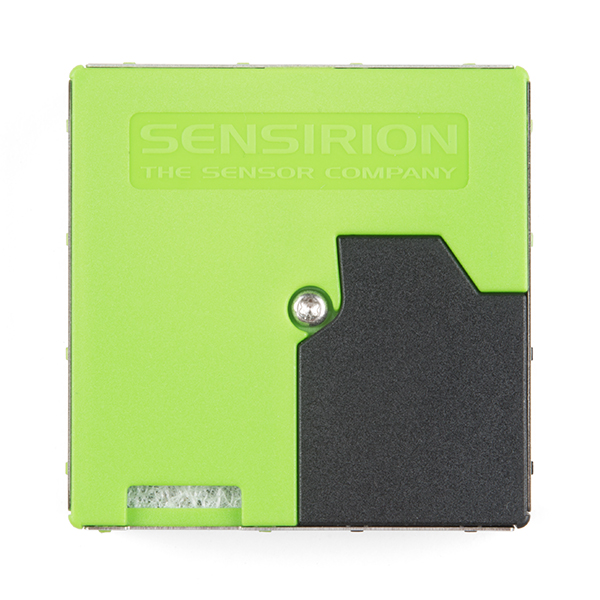 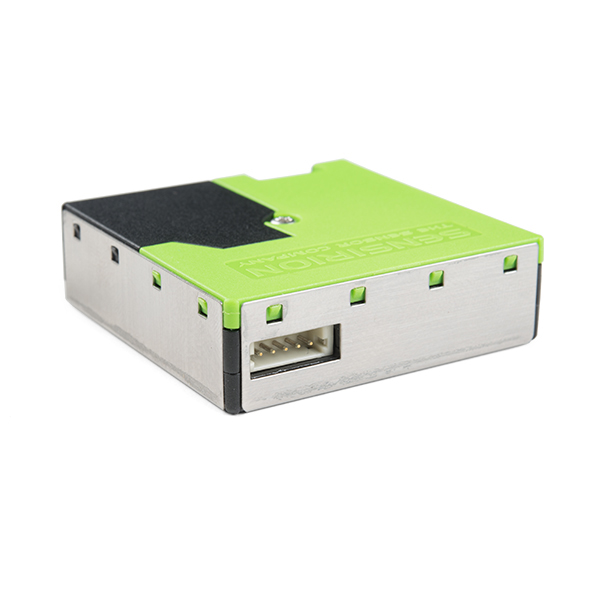 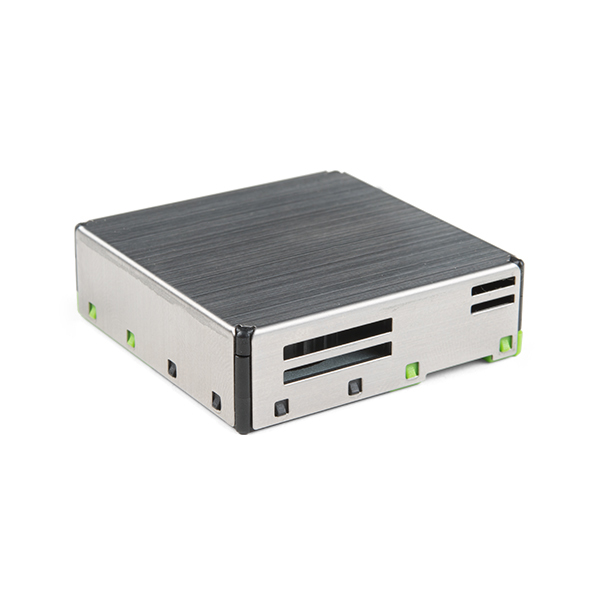 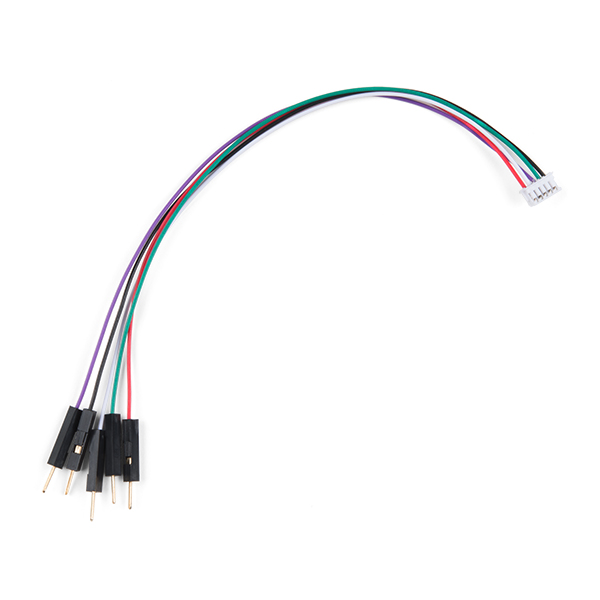 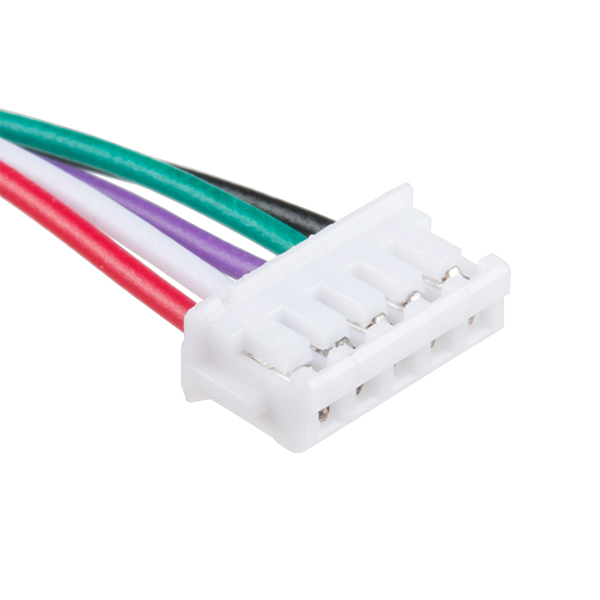 The compact form factor, measuring just under 41mm x 41mm x 12mm, combined with a sensor lifetime over 8 years and a self cleaning procedure, makes the SPS30 the perfect sensor for projects in difficult to access locations. We've designed and included an easy to use 5-pin cable to make using the SPS30 a snap. The 1.5mm connector is broken out to 5 breadboard friendly wires color coded to make hooking up the SPS30 easy.

The SPS30 has a five pin interface that can communicate over two different protocols: UART and I2C. The SPS30 requires a 5V power supply, but can work with 3.3V and 5V microcontrollers. The logic is 5V and 3.3V tolerant.

Sensirion has written drivers for both the UART protocol and I2C. Unfortunately we've found the I2C is limited to only mass concentrations (not number concentrations) using the Arduino platform. So if you plan to use this sensor with an Arduino, use the UART interface. Both interfaces are described in their datasheet.

about 2 years ago by Member #360060 verified purchaser

I also have the evaluation kit and using the SPS30 software that can be downloaded from their web site it gave very accurate. Used in 3D printing to see what the environment is like.

I have been using this sensor with a Raspberry Pi. The example code works reasonably well and isn't too bad to set up. It seems to be a little harder to use it on an Arduino, but still possible. This sensor is far more accurate than any other PM sensor I have purchased in this price range and has extra particle count bins and is able to detect particles down to 300 nanometers.

I'm so excited its finally available!

about 2 years ago by Jon Self verified purchaser

This little guy is half the size (thickness) of the Honeywelll HPMA115S0 and it gives 2 more points of data (1 µg/m3 & 4 µg/m3)! Not only that but it also has self cleaning which the Honeywell does not have. I'm hoping after I test this dude out I can see if it has a standby mode which the Honeywell has some serious issues dealing with make it not nearly as useful as it could be since its almost always running.

about 4 months ago by belf66 verified purchaser

I got this to determine if our home-brew air purifiers (https://www.youtube.com/watch?v=kH5APw_SLUU) were really working while we had orange air from the recent wildfires. Very easy to hook up to an Arduino Uno R3, though to hook up to esp32 I first needed to modify the Sensirion example software to use the esp32's second I2C channel since the first I2C channel was talking with the OLED on the esp32 dev board. The Arduino /was/ able to read the number concentrations as well as mass concentrations using the I2C interface, which the Sparkfun description says doesn't work. The outdoor particle mass readings from this sensor were right in line with the ones posted on purpleair, and the indoor ones were much less. So, were the home-brew purifiers working? As it turned out, yes; the rooms with the purifiers had far lower particle mass readings than the outside air, and substantially lower readings than other rooms in the house. (Unfortunately, I also discovered that the house is remarkably porous to particles 2.5um and smaller.)

about 3 months ago by Member #153109 verified purchaser

Love the Sensiron products, and this is a great particulate sensor. Easy setup (i2c for our purposes) on PI and Arduinos. Great data. Highly recommended sensor.