Out of stock WRL-17843 16
Note: Updated Version Available
There is an updated version of this product available: WRL-19305 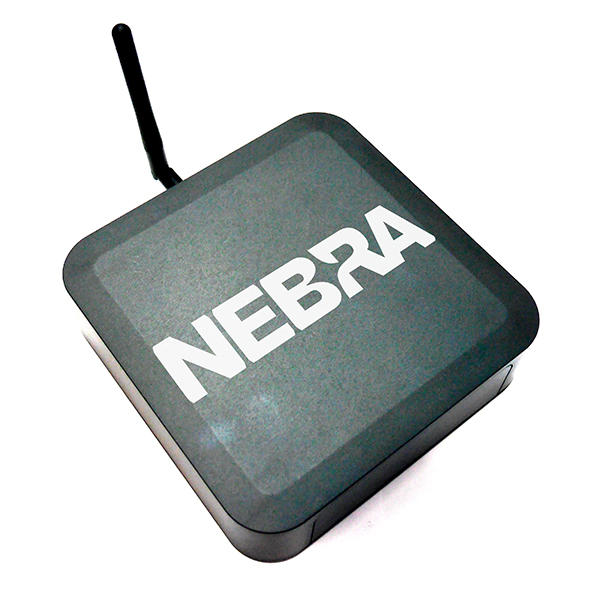 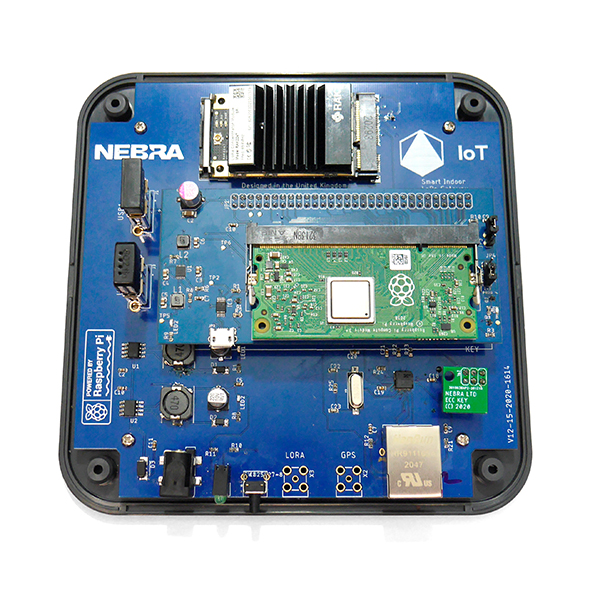 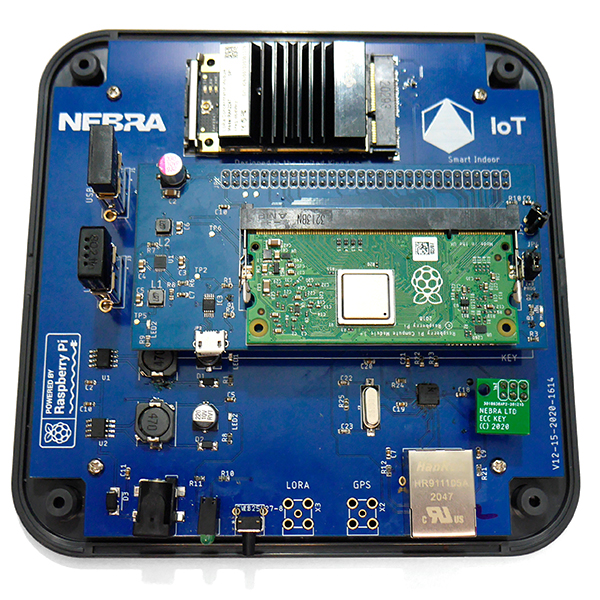 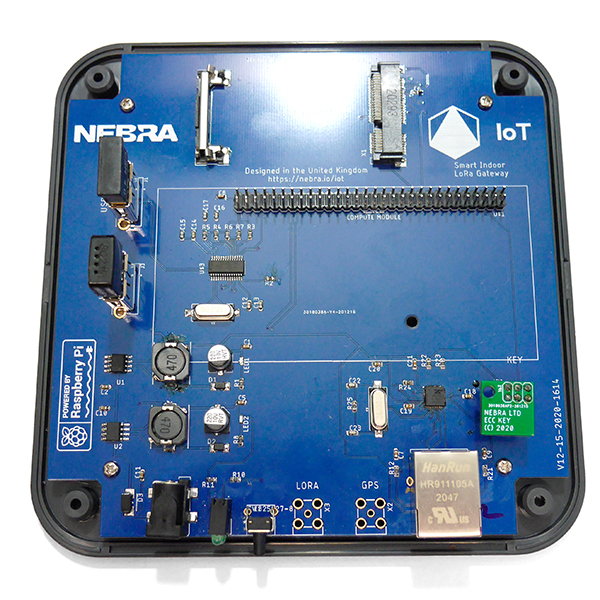 Out of stock WRL-17843
16
Note: Updated Version Available
There is an updated version of this product available: WRL-19305
Important: As of 4/23/2021 we are temporarily halting pre-orders of this product due to supply chain concerns. Pre-orders will be fulfilled in the order they were received.

The People's Network runs on Helium LongFi™, a technology architecture that combines a leading wireless technology, LoRaWAN, and the Helium Blockchain. LongFi™ is optimised for miles of range, and long battery life for IoT devices.

The Hotspot Miner sets up in minutes and has a smartphone app interface. This variation is the indoor model. The Nebra Outdoor HNT Hotspot Miner provides the same functionality in a rugged outdoor ready enclosure.

I still don't even have mine.

about a year ago by Member #709920 verified purchaser

At this point Nebra doesn't even update their own website to show when they expect to ship.

The whole point of me buying it through Sparkfun is that I trusted them as a source to purchase from rather than going direct from another dealer or a mining specific web shop.

about a year ago by Member #1673967 verified purchaser

Still waiting... No updates either.

I expected more out of this, and Nebra.

about a year ago by Member #504351 verified purchaser

I was hoping that this would come at the expected time, seeing that other companies have been providing updates and good product shipment times. Nebra kept spoonfeeding us delays without any kind of transparency. After nearly 6 months of waiting I got my hotspot.

3 weeks later, my hotspots go offline. Why? The shoddy design of these caused the emmc chip on the device to go bad. Support is nearly non-existent compared to other brands. their competitors have live chat and I've had hotspot issues fixed in an hour. Nebra took days to diagnose the issue and would ask for barely any information each day. First was the SN, then the MAC addr, then a picture of the device. Come on! Just ask for all the possible major diagnostics and logistics at once. I've been strung along for a week waiting for a replacement emmc chip now.

about a year ago by Member #1666618 verified purchaser

Waited a long time and then when it said delivered it was delivered to wrong address. I guess the delivery time was delayed because of shortage etc which is fine but I had emailed them about my address change through PayPal and it was never updated so I am out $300 plus just great

Where the heck is it this is ridiculous

about a year ago by Reno verified purchaser

I’ve been waiting, paid for it in April !!! What a joke Coming around to a year of waiting for it to arrive real soon !!!

When I got my devices (I ordered 2) I found that the chipset had not been seated . The chipset was rattling around and I had to open the device to seat it. Simple enough but should not have been rattling around with the possibility of being damaged. It would have been impossible for it to become disconnected during shipping if properly seated, and both devices were like this. What is more, the antenna wire was not connected. This took a little more detective work as the connection point was not readily obvious. Again, both devices like this.

Getting them up and running was another chore. The app kept giving me bogus info and the devices would not connect wirelessly. I first had to use ethernet. I never was able to get my second miner set up at a second location I wanted and finally gave up. After back and forth with support I finally got both up and running but then outages caused me to lose the witnesses, etc. that had been established. More grief, and I had to keep giving support the same info. At one point they closed the ticket saying they considered the issue(s) resolved when they clearly were not.

We will see what all this gets me over time.

about a year ago by Member #1656425 verified purchaser

about 2 years ago by Member #547771 verified purchaser

The wifi constantly disconnects, and it won't' stay online. Additionally, the unit shipped with the LongFi antenna module completely disconnected from the board, and rattling around the inside by the cable.

about a year ago by Member #1658693 verified purchaser

3 weeks in, only online for 2 days, been offline for 2 weeks now. Have done every single troubleshooting thing possible. Button on unit won't even start the Bluetooth set up. Hard reset doesn't work piece of junk. Emailed support over a week ago. Do not buy

Has Issues But Working for Me

about a year ago by Member #706217 verified purchaser

Took 6 months to receive (not Sparkfun's fault). Setup was pretty straightforward, with help from Google. Took 72 hours to sync to the blockchain, which is not unusual for these. I've had to restart it a few times when it stopped responding to internet or bluetooth. But it looks like it will pay for itself in about 6 weeks, so it should be a successful experiment. Plan on spending some time fiddling with it if you get one.

Interesting little box to get started on the Helium network. Easy to set up, though the included ethernet cable is a little short if you want to get best placement. That's easily replaced. It took a looong time for my hotspot to sync up and if you have a basic cable connection you'll probably be a relay (unless you can get a static IP addr and open firewall ports on your end). You will still get Helium coins, just not as many.

Only knock so far seems to be the antenna connector to the base. It's a little loose and wiggly, so the antenna can "flop" over if not positioned correctly. Doesn't affect the operation, but I've heard others point out the same.

about a year ago by Member #1670557 verified purchaser

No shade on SparkFun, they did fine. Nebra messed everything up and didn't include the hotspot's onboarding key in the onboarding server even after months of delay (ordered in mid April, expected in July, arrived in December).

I received my miner and set it up as instructed, a piece of cake; however, BE SURE to follow the instruction not to damage your miner. Since this was my first miner, I was getting concerned when the first couple of days, all I saw was syncing. Then BAMM off to the races; my first token was mined 6/21, and as of noon 7/01, I have 94.55 rewards worth $1,173.35. My average day ranges from 0.80 - 2.65 rewards; however, on my first week anniversary, I harvested 80.17 in ONE 24HR PERIOD!

about a year ago by mgrusin verified purchaser

Poor Nebra. They signed up to build Helium hotspots before the demand went viral, coincidentally during the worst semiconductor shortage in history. Everything that could go wrong did go wrong as they tried to ramp up manufacturing. Despite this perfect storm, five months after ordering my "batch 2" hotspot, it finally arrived. How did they do?

Really well it turns out! The fit and finish are fine, with none of the loose components reported in earlier units (I opened it up before powering it on just to be sure). The unit doesn't come with much information but there are getting-started guides on Nebra's website. During the initial configuration I got a well-known bluetooth error; this was solved following the troubleshooting instructions at Nebra's site and there were no other problems. After connecting it to the internet it will need to sync to the Helium blockchain for a few days (mine took three), and then you're up and running.

Once it's mining it's like a new Roomba - you don't need to watch it work, but it's hard not to. You can see everything it does on explorer.helium.com. Every half-hour or so it will do "something" - challenge a random hotspot to send a beacon, respond to a challenge and send a beacon itself, or respond to beacons from nearby hotspots. And for each of these transactions, a fraction of a Helium coin (HNT) will be added to your wallet. How much Helium you earn is independent of its value, but the value has been rising steadily since its inception, and good locations can earn a startling amount of income. (And it is income, so don't forget about taxes.)

Tinkerers (why else would you be here?) will want to maximize their rewards, and better locations, better antennas and mounts, and optimizing your internet connection can all improve your earnings, while also improving the Helium IOT network. There's lots of good information online to help you out.

Unfortunately, the chip shortage is still with us and currently the only way to get a hotspot is to wait for months or pay exorbitant prices on eBay (be careful; scams abound). And even if they were readily available, as more hotspots go online, the less each one will make... This is by design, to reward those who risked investing in the initial network more than the late adopters. But no matter when you start, there's still plenty of mining to be done. And unlike other cryptocurrencies, this one doesn't contribute to global warming, and actually creates useful infrastructure at the end of the day.

Unit never completely powered up. I am working thru the issue with the customer support team. Eventually I will be operating at 100%