Retired SEN-08630 RoHS 1
Note: Retired Product
This is a retired product. There is an updated version available: SEN-13285 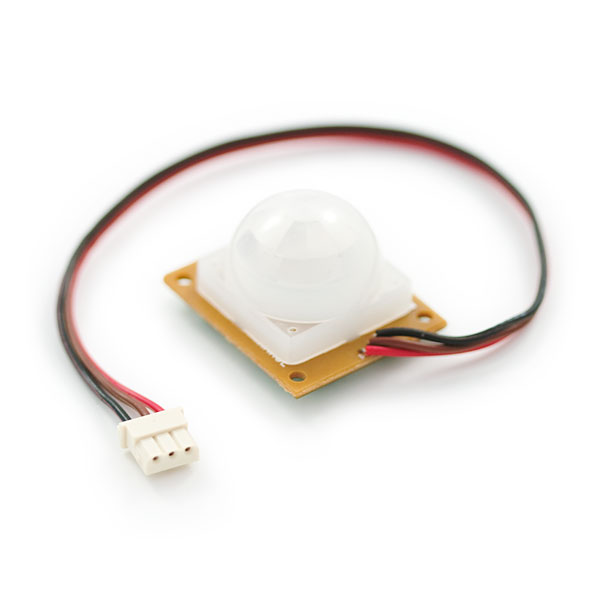 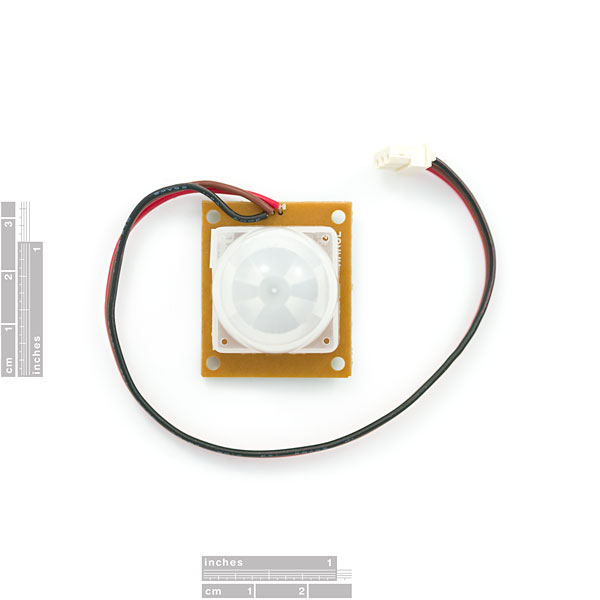 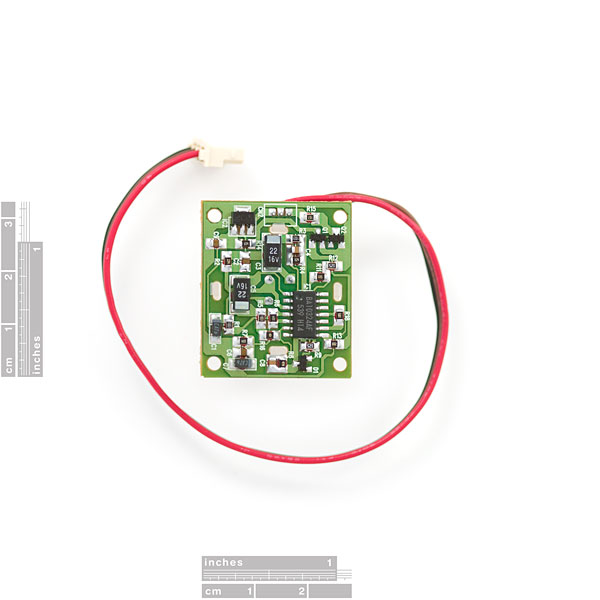 Retired SEN-08630 RoHS
1
Note: Retired Product
This is a retired product. There is an updated version available: SEN-13285

This is a simple to use motion sensor. Power it up and wait 1-2 seconds for the sensor to get a snapshot of the still room. If anything moves after that period, the 'alarm' pin will go low.

This unit works great from 5 to 12V (datasheet shows 12V). You can also install a jumper wire past the 5V regulator on board to make this unit work at 3.3V. Sensor uses 1.6mA@3.3V.

The connector is slightly odd but has a 0.1" pitch female connector making it compatible with jumper wires and 0.1" male headers.

Note: The colors of the wires can vary greatly. Looking at the unit from the top, the middle wire is ground, the left-most wire is the alarm, and the right-most is the power.

A fun holiday project to try for anyone looking to catch Santa on Christmas!
Favorited Favorite 2

An overview of passive infrared (PIR) motion detecting sensors, and how to hook them up to an Arduino.
Favorited Favorite 7

It's sensitive,, too sensitive.

about 8 years ago by Member #628957 verified purchaser

The PIR sensor and all systems around it work great, fast and steady, though that last part does require the input voltage to be higher than 5 volts. That is, I tried to use the system with my arduino powering it with 5v, but I found the system to be too sensitive for small voltage variations, such as when my arduino would turn on an LED. Even when powered by its own source (5v, grounds interconnected) it was still looping in its own cycle of variation of input voltage, activating an LED, which caused an variation of input voltage. Even with a 3300uF capacitor the voltage couldn't remain stable enough for the sensor not to be affected. HOWEVER, after hooking the sensor up to its own 12v source, grounds interconnected, (as the manual says you should) the sensor woks perfect! It reacts fast, little bounce, and at a proper distance it has quite the FOV. I especially like that it doesn't have a build in timer, making the output as raw as possible, and yet translated to a simple on/off ground. Again, I found that it requires its own power source higher than 5v for true stability, but beyond that this little thing is well worth it.