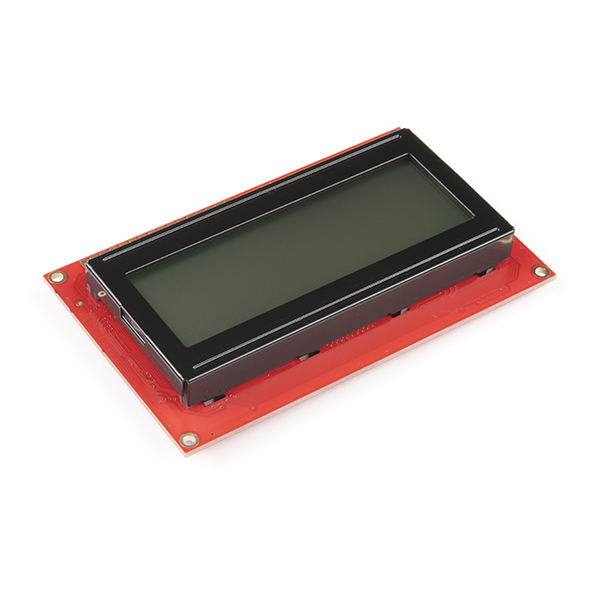 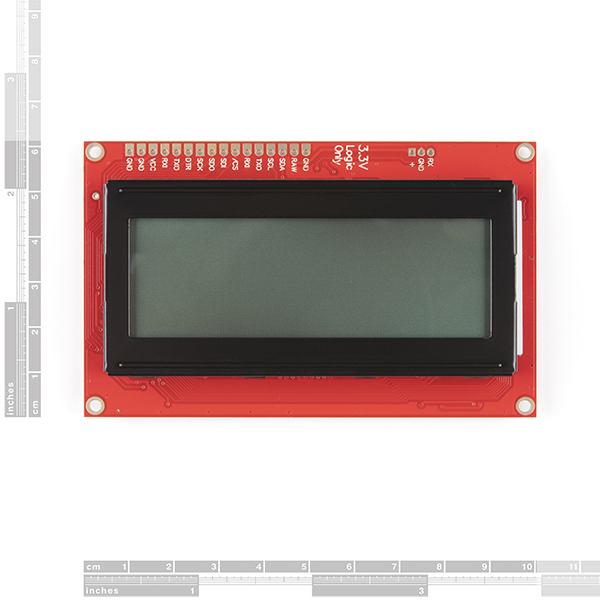 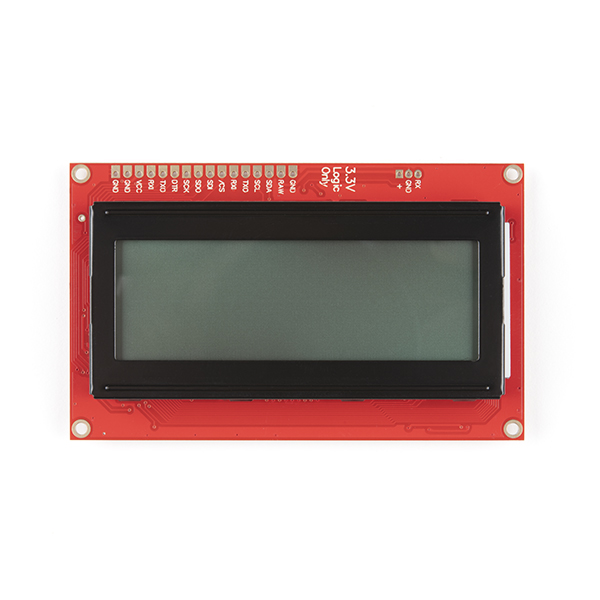 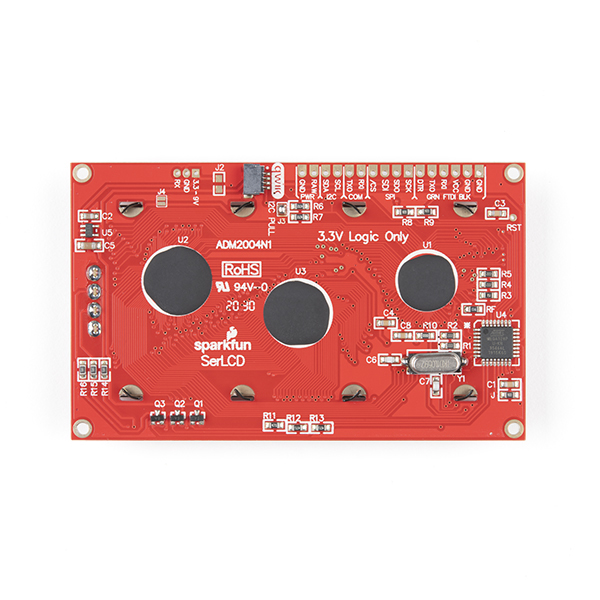 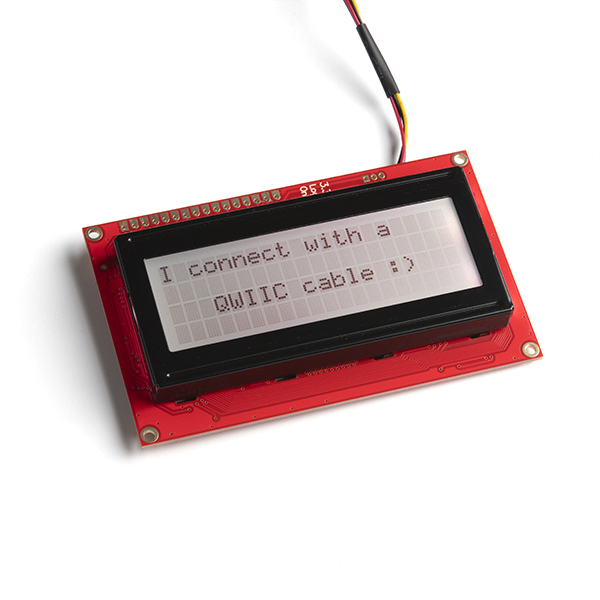 The SparkFun SerLCD is an AVR-based, serial enabled LCD that provides a simple and cost effective solution for adding a 20x4 Black on RGB Liquid Crystal Display into your project. We've seriously overhauled the PCB design on the back of the screen by including an ATmega328P that handles all of the screen control, meaning a backpack is no longer needed! This display can now communicate in three different ways: serial, I2C, and SPI. This version comes equipped with a Qwiic connector, bringing serial LCDs into the Qwiic ecosystem. This simplifies the number of wires needed and allows your project to display all kinds of text and numbers.

The on-board ATmega328P AVR microcontroller utilizes 11.0592 MHz crystal for greater communication accuracy with adjustable baud rates of 1200 through 1000000 but is default set at 9600. The firmware for this SerLCD is fully opensource and allows for any customizations you may need.

Note: Since the SerLCD is a 3.3V device, please make sure you convert to 3.3V logic depending on your chosen microcontroller or single board computer. Otherwise, you may risk damaging your board.

Get Started with the SparkFun SerLCD Guide

This tutorial will show you how setup a simple peer-to-peer connection to send and receive sensor data between two ESP32 WiFi boards.
Favorited Favorite 12

about 2 years ago by xsk8rat verified purchaser

Simple set up, easy to mount, and great examples! Piece of cake!

about 2 years ago by Member #847344 verified purchaser

Just what I wanted, But not working right. I get it to print what I want, then it disappears - even after reseting. I tried three differnt setups, and It does the same thing.

Qwic and easy to use,

about 2 years ago by Member #442454 verified purchaser

Have only used it in I2C mode and it works very well.

about 2 years ago by cinti verified purchaser

After pip3ing the library, it works great with my RPi. The light is bright and can produce any color with RGB command. It'd be nice if it had a QWIIC socket but it can easily be mounted with the Sparkfun QWIIC adapter board (https://www.sparkfun.com/products/14495)... The legs even align with the mounting holes in the adapter.

about a year ago by Monitor1 verified purchaser

I just needed a screen for feed back on some of the automation I was using. By using text and color I can tell the step and state of the project at all times.

I like these in conjunction with the RedBoard QWIIC as I can very simply plug the two together and have a display for my little applications. The IIC interface is a little slow for some applications so I buffer the data and then update the display when the program has time. Working that way I can use it to display near real-time data.

Was really easy to get up and running with. Only took me a few minutes and works like a champ. Rugged, bright, and clear to see.

Was really easy to get up and running with. Only took me a few minutes and works like a champ. Rugged, bright, and clear to see.

about 4 months ago by Member #814008 verified purchaser

I was a little confused by the 3.3V. The qwiic connector is 3.3V from the 5V redboard, but I was having trouble getting it to work so I changed the redboard to 3.3V and it worked but I don't know why. Also, even though the display can display 80 characters, if I write lcd.print () anything longer that 32 characters gets truncated so I have to break it up into multiple lcd.print() of 32 characters or less. Most of the problems are normal learning curve stuff. By the way, I love your stuff and would buy more but a lot of it isn't in stock.

Fantastic LCD screen that works great with the Qwiic connectors as well as the breakout pins for I2C (have not tried SPI or serial). We use it in all our 3.3V projects now.

One small thing that is not ideal and would make this even better: the 4 mounting holes in the corner are too small and don't fit M3 or 4-40 machine screws (all other LCD screens with this footprint that are on the market have slightly bigger mounting holes that fit both of those screw types). Maybe something that can be fixed in the next version?

A great option for a bigger character LCD

I bought this screen to replace a 16x2 SerLCD I was using in a project. So far it has been just what I wanted, and it's very easy to get working out of the box.

I've only had one real issue, which is that the LCD seems to consistently drop characters when receiving a full (80 char) buffer at 115.2k baud. I was able to work around this issue by sending my screen buffer line by line with a small delay in between, so no big deal. I also presumably could have switched to the I2C or SPI interfaces.

Overall I am very happy with this product and it works as expected.