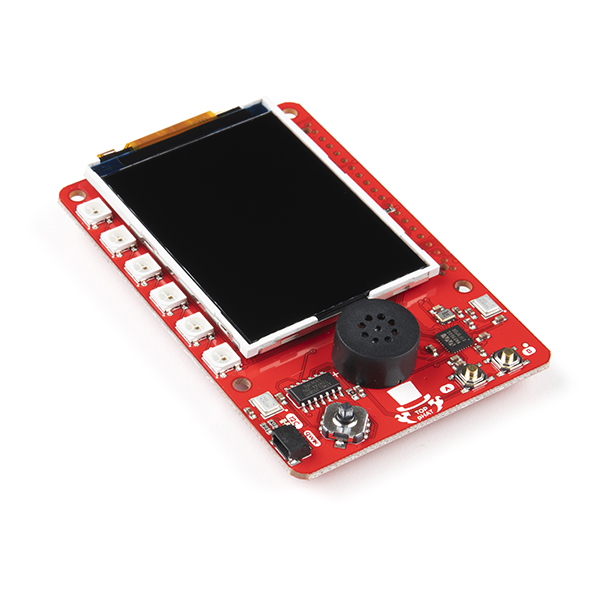 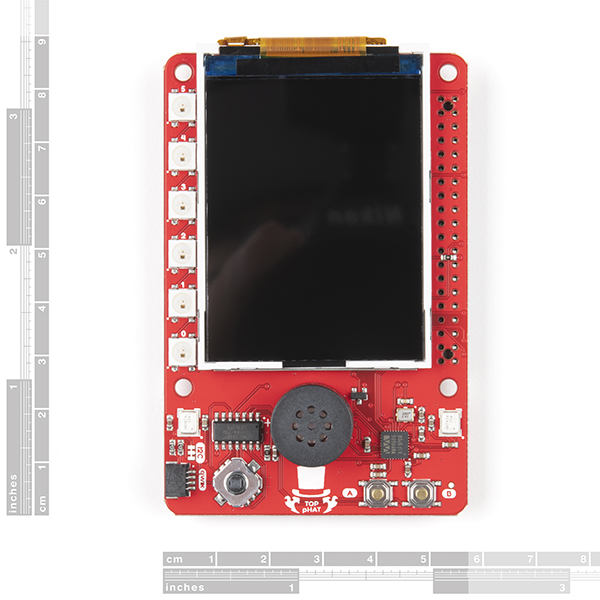 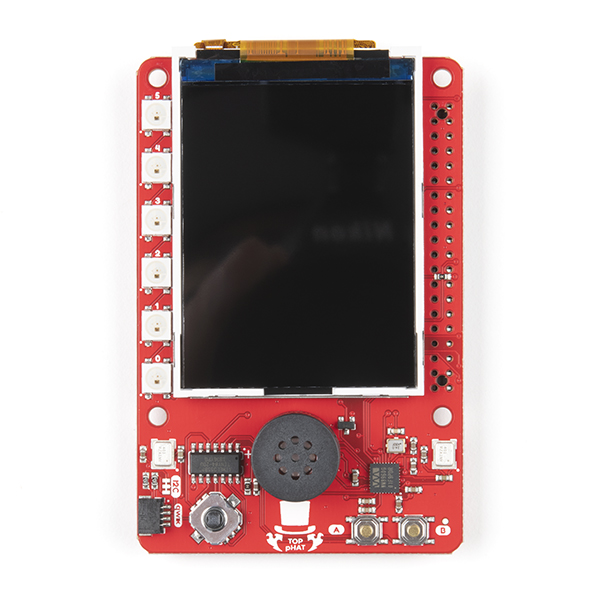 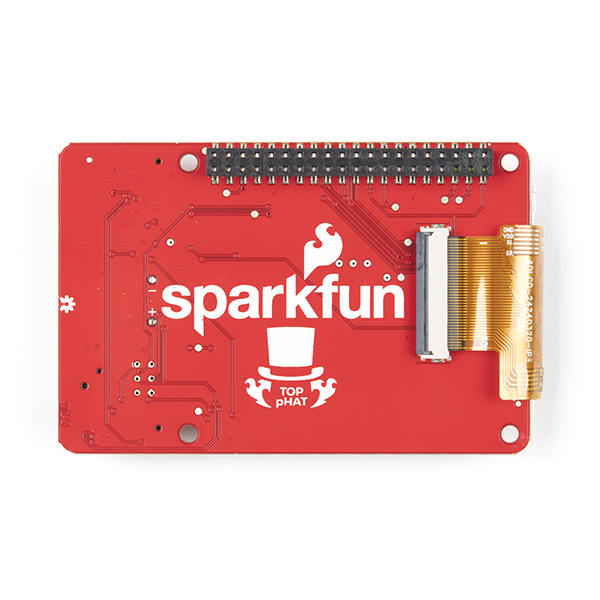 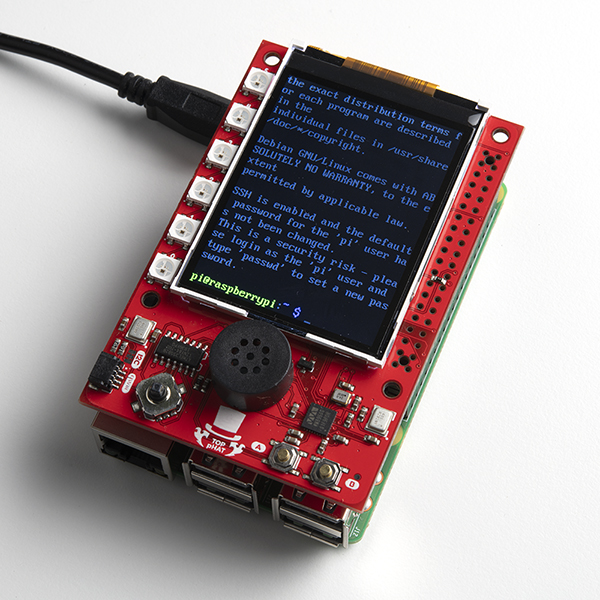 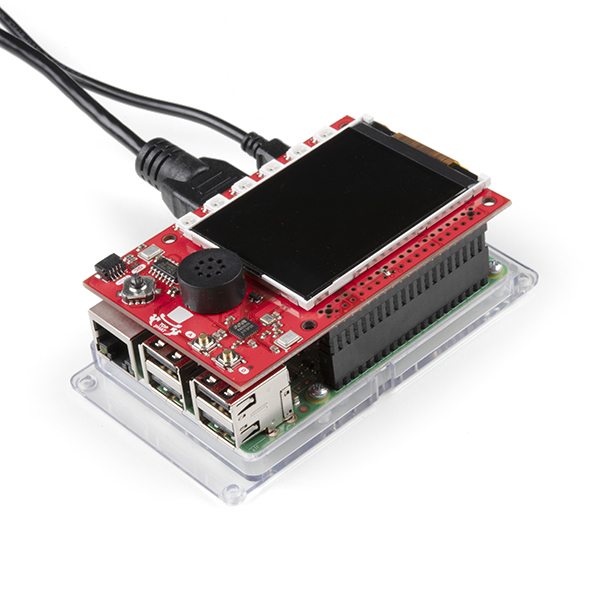 Feeling fancy? Why not add a Top pHAT to your Pi pHAT stack? The SparkFun Top pHAT for Raspberry Pi is intended to be at the top of a pHAT stack so you won't find any pins for stacking on top of this board, but that's ok, because you will want to preserve your view of the 2.4" TFT display, six RGB LED's and three switches squeezed onto this board!

Can you use the SparkFun Top pHAT to prototype machine learning on your Raspberry Pi 4, NVIDIA Jetson, Google Coral or another single-board computer? Indubitably! The SparkFun Top pHAT supports machine learning interactions including voice control with on-board microphones & speaker, graphical display for camera control feedback, and uninhibited access to the RPi camera connector. Additionally, you can use the programmable buttons, joystick, and RGB LED for user defined I/O, dynamic system interaction, or system status displays.

Can you use it as an interface to introduce your project to the SparkFun Qwiic ecosystem? Indeed! In addition to all the previous features, we have also included a Qwiic connector to allow easy integration over I2C. Billions of combinations of Qwiic-enabled boards are available to you to expand upon the capabilities of the SparkFun Top pHAT.

With all the I/O interaction on this board and the lack of soldering needed to get up and running, the SparkFun Top pHAT is the fundamental machine learning add-on for Raspberry Pi or any 2x20 GPIO SBC!

Note: If you're using the Top pHAT without another pHAT underneath, you will need to add a 20x2 header between your Pi 3 or Pi 4 and the Top pHAT.

The I2C address of the Top pHAT is 0x71 and is hardware defined. A multiplexer/Mux is required to communicate to multiple Top pHAT sensors on a single bus. If you need to use more than one Top pHAT sensor consider using the Qwiic Mux Breakout.

Get Started With the SparkFun Top pHAT Hookup Guide

Learn how to record and playback controller 'macros' for your Nintendo Switch using a Raspberry Pi, SparkFun Top pHAT, and Joycontrol.
Favorited Favorite 0

The pHAT to sit above your other HATs. Does that make it the "king" of the pHATs? This guide will help you get started using the Top pHAT with the Raspberry Pi.
Favorited Favorite 1