Retired SPX-14769 Open Source Hardware
Note: Retired Product
This is a retired product. There is an updated version available: SEN-14844 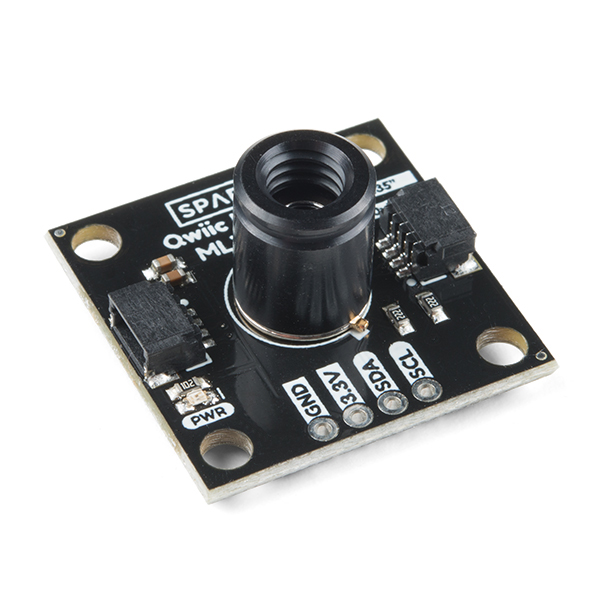 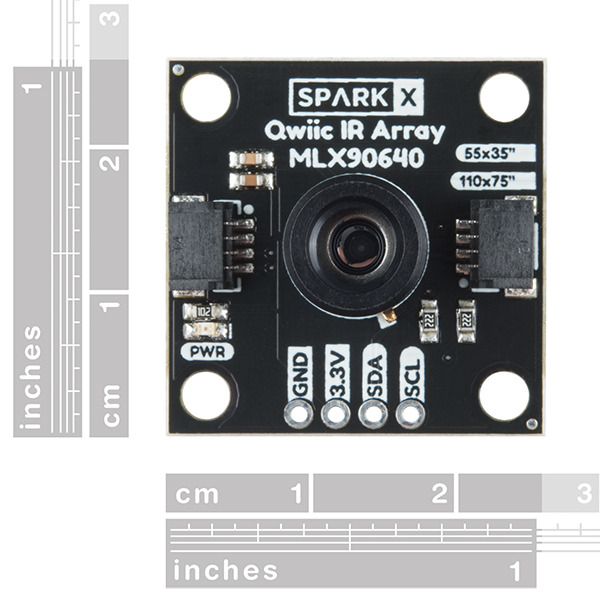 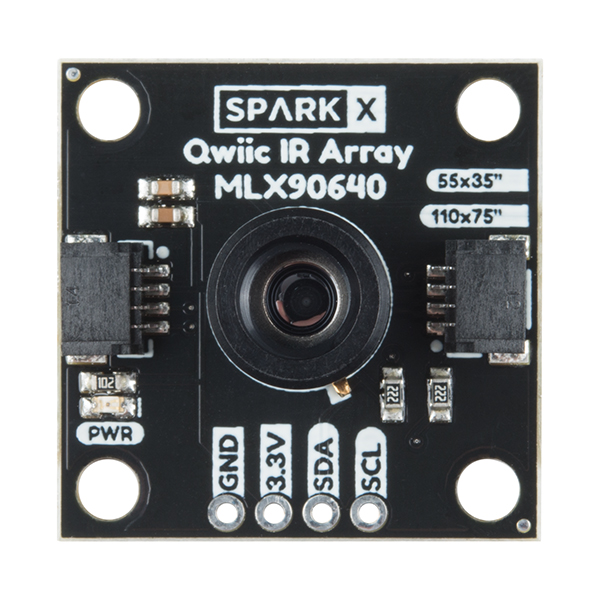 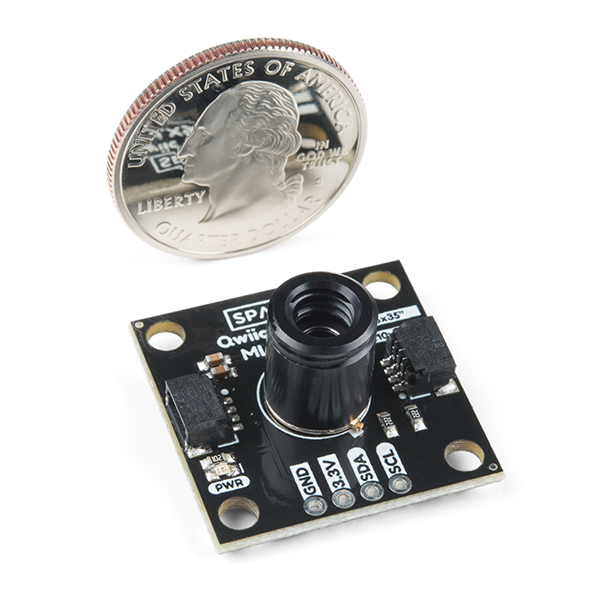 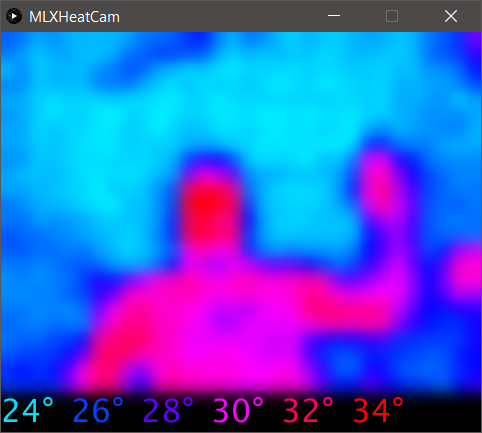 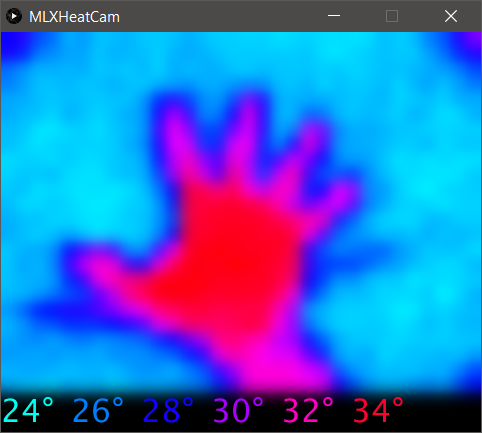 Retired SPX-14769 Open Source Hardware
Note: Retired Product
This is a retired product. There is an updated version available: SEN-14844

The MLX90640 contains a 32x24 array of thermopile sensors creating, in essence, a low resolution thermal imaging camera. As the images show you can detect surface temperatures from many feet away with an accuracy of ±1.5°C (best case). We've packaged the MLX90640 on an easy to use Qwiic board with mounting holes and a smattering of decoupling caps. We've written an example Arduino sketch and Processing app to get started with the sensor quickly!

The MLX90640 occupies a very interesting spot in the thermal imaging space. It is much higher resolution than the Panasonic Grid-EYE and much lower cost than the FLiR Lepton cameras. A very exciting advancement!

Not Uno Compatible: The MLX90640 requires complex calculations by the host platform. A regular Uno doesn't have enough RAM or flash to complete the complex computations required to turn the raw pixel data into temperature data. You will need a microcontroller with 20,000 bytes or more of RAM. We recommend a Teensy 3.1 or above.

This board is one of our many Qwiic compatible boards! Simply plug and go. No soldering, no figuring out which is SDA or SCL, and no voltage regulation or translation required!

The Melexis MLX90640 contains a 32x24 array of thermopile sensors creating, in essence, a low resolution thermal imaging camera. In this guide, we’ll go over how to connect your Qwiic Infrared Array with MLX90640 and get it communicating with Processing to produce a nice thermal image.
Favorited Favorite 1