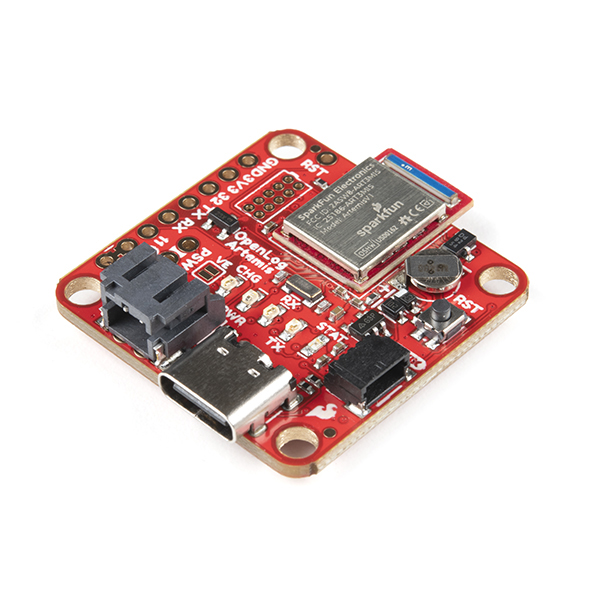 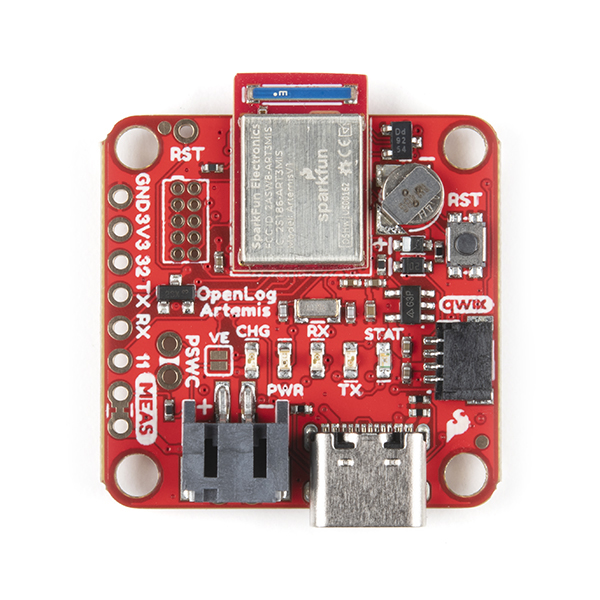 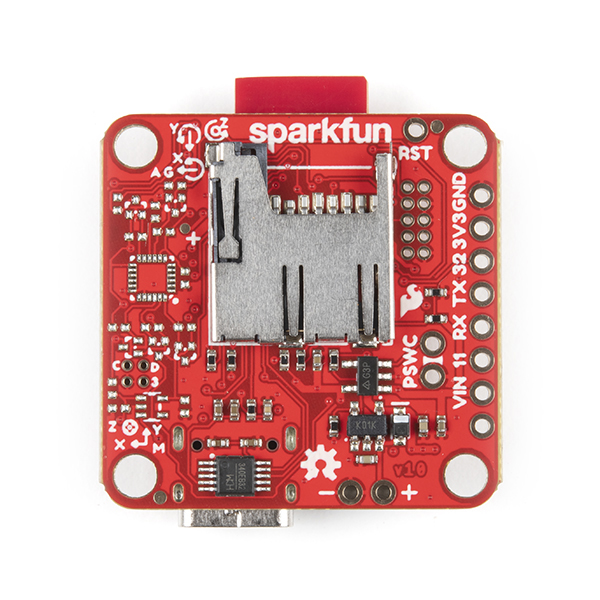 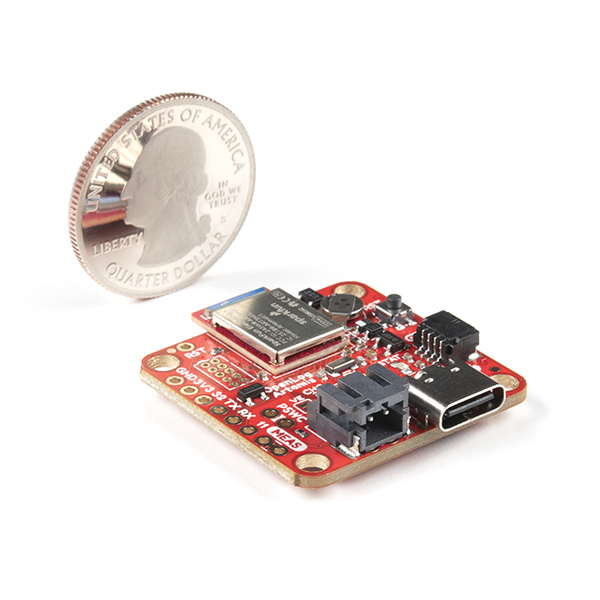 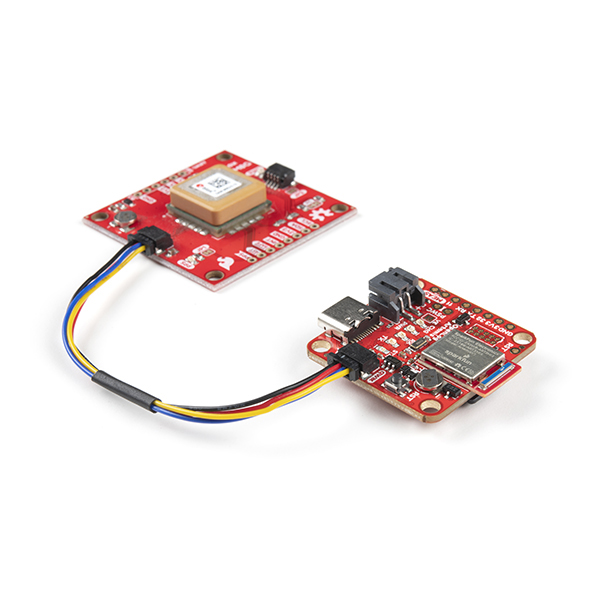 The SparkFun OpenLog Artemis is an open source data logger that comes preprogrammed to automatically log GPS, serial data, and various pressure, humidity, and distance sensors. All without writing a single line of code! OpenLog Artemis, or "OLA," automatically detects, configures, and logs Qwiic sensors. The OLA is specifically designed for users who just need to capture a lot of data to a CSV and get back to their larger project.

Simply connect a compatible Qwiic-enabled device, power up the OpenLog Artemis, and all incoming serial data is automatically recorded to a log file with baud rates up to 500000bps [1], supported! The OLA also has four ADC channels available on the edge of the board. Voltages up to 2V can be logged with 14-bit precision up to 1900Hz for one channel and 1000Hz logging all four channels. Additionally, based on feedback from users we've added an on-board RTC so that all data can be time stamped.

The OpenLog Artemis is highly configurable over an easy to use serial interface. Simply plug in a USB-C cable and open a terminal at 115200bps. The logging output is automatically streamed to both the terminal and the microSD. Pressing any key will open the configuration menu.

The OpenLog Artemis automatically scans, detects, configures, and logs various Qwiic sensors plugged into the board (No soldering! No programming!). Currently, auto-detection is supported on the following Qwiic products:

Very low power logging is supported. OpenLog Artemis can be configured to take readings at 500 times a second, or as slow as 1 reading every 24 hours. You choose! When there is more than 2 seconds between readings OLA will automatically power down itself and the sensors on the bus resulting in a sleep current of approximately 18uA. This means a normal 2Ah battery will enable logging for more than 4,000 days! OpenLog Artemis has built-in LiPo charging set at 450mA/hr.

New features are constantly being added so we’ve released an easy to use firmware upgrade tool. No need to install Arduino or a bunch of libraries, simply open the Artemis Firmware Upload GUI, load the latest OLA firmware, and add features to OpenLog Artemis as they come out!

The OLA can be tailored to many different applications and we will be releasing custom versions of the firmware which can be found on our Documents tab above.

Note: This version of OpenLog Artemis has the ICM-20948 IMU sensor removed. This IC is becoming increasingly difficult to locate. This version still supports auto-detection and logging of over a dozen sensors and GNSS receivers.

Get Started with the SparkFun OpenLog Artemis Hookup Guide