The recap of a great day at SparkFun

As most of you are probably already aware, SparkFun hosted (what we hope to be) the first annual SparkFun Autonomous Vehicle Competition on Wednesday, April 15th. When this event was originally conceived, it was to be for SparkFun employees only. Soon after the race was announced, we quickly realized that, "Heck, this would be a lot more fun if our customers could participate," and the event grew more quickly than we ever imagined. 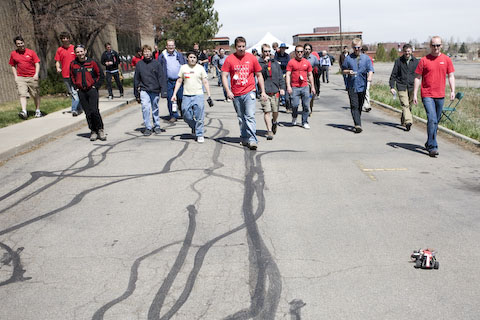 The crowd follows Team Rad as it makes its way down the first straightaway.

The day started out under a crisp spring morning. The sun was shining, the flowers were beaming, and the birds chirping was soon to be joined by the gentle hum of UAVs overhead. Competitors began showing up bright and early just before 8 AM, ready to prove that their vehicles were the best of the bunch.

Just off of the production area of SparkFun headquarters was the racers den, aptly named the Pit. Here, teams would make their final preparations - writing code, soldering together a few last minute bits and pieces, and learning about the competition. Sixteen teams showed for the competition, with vehicles ranging from car-like rovers and UAV planes, to a miniature monster truck and even an exotic Spheroid. As the Pit buzzed with energy, it was obvious it was going to be a great day of racing. 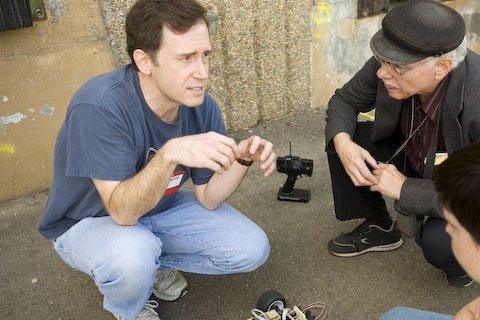 Eventual winner of the Engineer's Choice award, the DeathPod3000.

However, it was not immediately clear if the racers would beat the course, or if the course would get the best of the racers. In what would be an event typical of the first heat, RTFM, one of the SparkFun teams, started off the race by immediately turning and running into the loading dock. The next two teams met similar fates, and as MookeMobile's DeathPod3000 took its place on the starting line, morale was low. But as fate would have it, the autonomous racings gods were smiling this day, and as the clouds parted and the SparkFun parking lot was illuminated with a saintly glow, the DeathPod3000 raced around the building at an astonishing pace - blistering the pavement with a lap time of two minutes and seven seconds. Silently, inside the hearts of each and every team, a flame of hope was born - this race was winnable.

The rest of the race was full of drama, laughter, and competitive intrigue. DIY Drones, headed by Chris Anderson, Editor-In-Chief of Wired Magazine, launched a UAV that raced around the building in an astonishing 32 seconds. However, just as the team was about to celebrate its sure victory, it came to light that the vehicle had clipped one of the corners of the building, thus failing to complete a full lap. The result - a disqualified heat. With only one heat left to make it around the building, the pressure was on - could DIY Drones use their furious speed to move into first place? Not if the DeathPod3000 had anything to say about it. 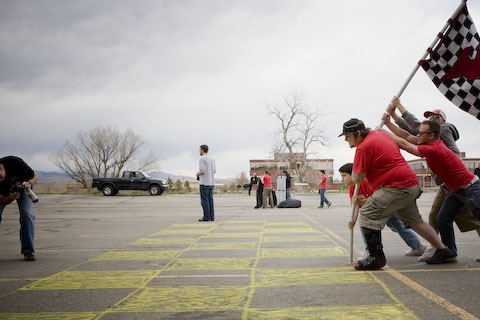 SparkFun staff showing the grit and determination of champions.

Again, MookeMobile's DeathPod3000 took to the starting line, this time with its throttle cranked up to 50% capacity. Already a fast vehicle, the speed at which this AV was about to operate was downright dangerous. As it approached the first turn, wheels barely meeting pavement, it seemed as if the DeathPod3000 was sure to crash. But with a quick flick of the front wheels, it zoomed around the corner - on its way to a mind-blowing lap time of one minute and 28 seconds. If DIY Drones wanted to win this thing, it wasn't going to be easy.

As DIY Drones prepared for its final heat, it was met with a near-catastrophic incident. While running a practice flight, the plane managed to find the tallest tree within miles of SparkFun and lodge itself firmly in its top branch. SparkFun mechanical engineer Casey Haskell bravely attempted to climb the towering giant and free the plane from impending death, but was unable to liberate the UAV. Only with the help of the Boulder Fire Department was DIY Drones plane free to fly again. After being stitched together as best as possible, the UAV took to the air - and this time, there would be no disqualification. The DIY Drones plane, despite increasing winds, was able to lap the SparkFun building in a mere 32 seconds. 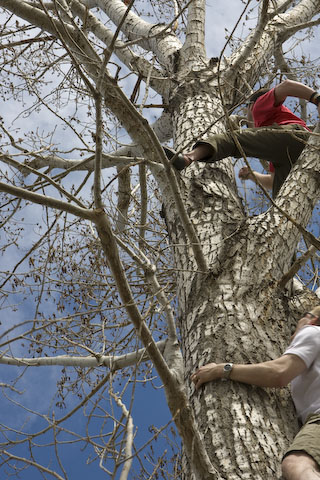 Though the DeathPod3000 and DIY Drones' plane were the only vehicles to fully complete the course, all of the competitors had great runs. Some of the fan favorites included a curb-hopping, off-roading monster truck, a speedster launching itself into the creek, and a AV outfitted with sparklers. Most of all, just meeting and interacting with members of the SparkFun community were the highlights of the day. As this was our first event of this nature, we also learned a lot, and as we are hoping to continue the race in the future, we are taking all suggestions we can get into consideration.

The final results were as follows:

3rd Place: Team Rad, made it past three turns

We would like to extend a heartfelt thank you to all those that participated or watched the first SparkFun Autonomous Vehicle Competition. It was a great day and wouldn't have been possible without you. Keep an eye on the SparkFun webpage for further media from what we hope was a fun day for all!

Back to the Grindstone: A Bunch of New Stuff