Multiplo and the Future of Open Robotics

Our friends at Minibloq have conquered a new goal -- bringing robotics to the masses!

There's nothing that excites us more than people with new ideas -- a while back we started a curated Kickstarter page just to give shout-outs to some that we think have the most potential. One of our favorites lately comes from our friends at Minibloq. After successfully creating the open source graphical programming environment, they decided to turn their attention to a truly open-source mechanics platform, and thus Multiplo was born.

As it turns out, we aren't the only ones who think the world needs easier access to a simple robotics platform; their Kickstarter was fully funded in two days, and by the time the campaign ended last Monday, they had reached 880% of their goal. Their kit offers all the basic components you need to build a robot. There is no need to program, study a wiring diagram or buy tools, and there's no soldering or protoboard needed. You can build a simple robot in about 45 minutes, but it also allows you to add interchangeable and customizable parts to create your own robot and experiment with different concepts and functions. The options this kit opens up for educators and schools are significant, and last week we talked to Julian da Silva Gillig, one of the creators of Multiplo, about the idea behind this innovative, accessible system.
"Perhaps the most important feature of Multiplo is that it has been designed to be an open source and 'FabLab compatible' building system," da Silva Gillig said. "We think there was a gap in the market, because although there is already good open source software, and good open source electronics for DIY robotics, there is a lack of open source mechanical building systems. This means that we will release all the blueprints for the mechanical parts (very soon after the Kickstarter campaign ends), but it also means that these parts were specifically designed to be able to be manufactured with cheap tools, and not require injection or extrusion moulds or other expensive processes." 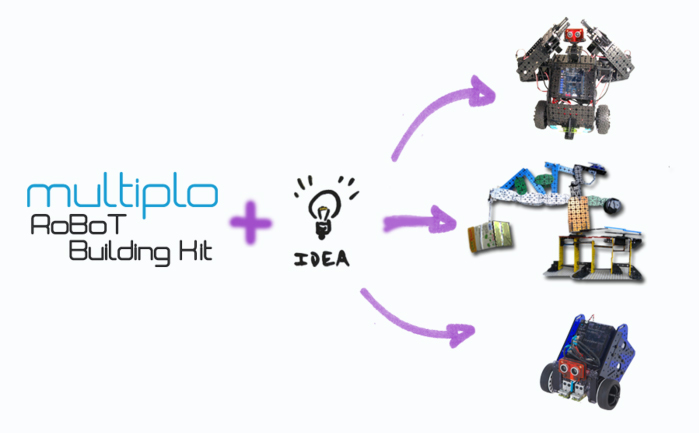 The company will offer both the full kits and the mechanical-only kits, which means more advanced users can choose to supplement the robotics framework with their own controllers. Around here, this means we could use our Serial Controlled Motor Driver, and Multiplo has already used our XBee Explorer on some of their creations.
"Multiplo kits feature an Arduino-compatible controller -- called DuinoBot -- specially designed to work with mobile robots, and with some nice features that make it easier to be used in the classroom," da Silva Gillig said. "So you can program the DuinoBot not just with Minibloq, but also with the Arduino IDE. Even more: Multiplo mechanics can be purchased separately, or even made by the users in a 3D-printer, a laser cutter or a small home CNC machine. So those users who already own an Arduino and some motor shields can use their own electronics with these mechanical parts." 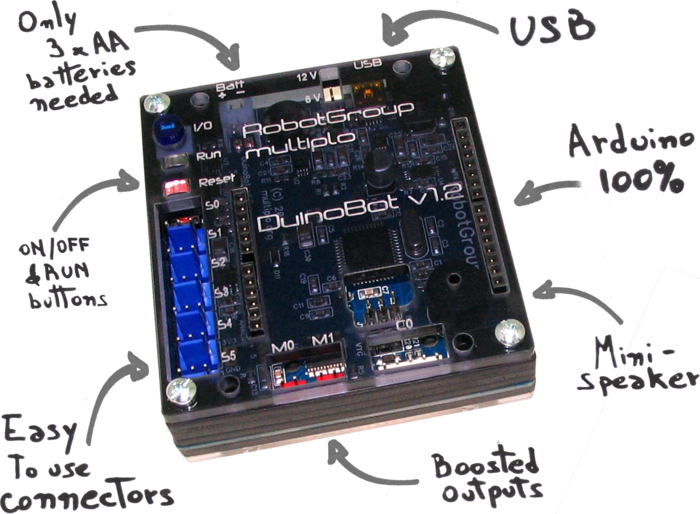 The potential to reach a much wider audience and give them easy access to a simple-to-use robotics system is something we really believe in, and we're stoked someone else made this their priority too! Great job, Multiplo -- we can't wait to see what people (including us) do with your kit!
View Comments (10)
Share
Use this URL to share:

Getting Started with Arduino

The Rise and Fall of Heathkit -- And Rise of SparkFun