Pack the pits: Deadline extended for AVC and A+PRS

A special treat, because we like you so much. 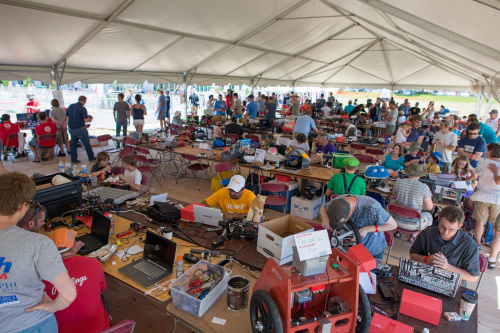 As part of our “pack the pits” effort, we are extending registration for the autonomous competitions until August 15! This should give you plleennnttttyyy of time to say, "Hey, what have I been doing all summer?!?! Wasting time; that's what. I need to register for AVC!"

If you’re on the fence about AVC this year, take a look at any of our course preview videos for AVC, PRS, and Combat Bots. And if you have any questions about the competitions, don’t hesitate to send us a note at avc@sparkfun.com.