T³: Who is Katherine Johnson?

An unsung hero of the Space Race earns her place among the stars.

Growing up, I was enamored with the United States' space program. I watched shuttle launches on TV and knew almost all of the historical rockets by heart. It wasn't until I watched the movie "Apollo 13" that I realized most of the magic happens on the ground. The success of a space mission relies heavily on brilliant mathematicians, scientists and engineers.

Katherine Johnson is one such brilliant mathematician. In fact, she was perhaps one of the most influential mathematicians to ever work at NASA. 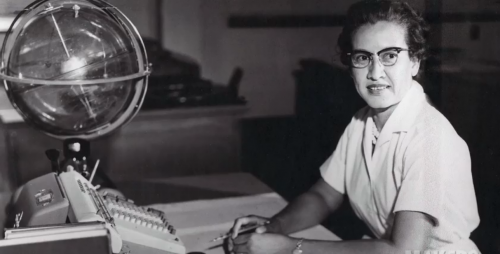 Katherine Johnson at her desk with a "Celestial Training Device." Image credits: NASA

Johnson was born in White Sulphur Springs, WV, in 1918 and showed a very early affinity for math. She said, “I counted everything. I counted the steps to the road, the steps up to church, the number of dishes and silverware I washed ... anything that could be counted, I did.”

She graduated high school at 14 and earned two degrees in mathematics and French from West Virginia State University by the time she was 18. In 1953, after working as a teacher for a few years, Johnson was hired by the National Advisory Committee for Aeronautics (NACA). The NACA would later become the National Aeronautics and Space Administration (NASA).

Before the widespread use of electronic computers, NACA employed pools of women to perform tedious manual calculations. These women were referred to as "computers." Johnson worked in one such pool to analyze the results of wind tunnel tests. Within two weeks, she was assigned to a group of engineers that would later become part of the "Space Task Force."

Let's take a moment and reflect on a few of the amazingly cool things that Katherine did during her NASA career:

Throughout the '60s and '70s, Johnson became an expert with electronic computers to supplement her already impressive suite of math skills. She continued working at NASA on the Space Shuttle program until she retired in 1986.

Katherine co-authored 26 papers and was a pioneer in space science and modern computing. On November 16, 2015, President Obama awarded her the Presidential Medal of Freedom, the highest civilian award of the United States. 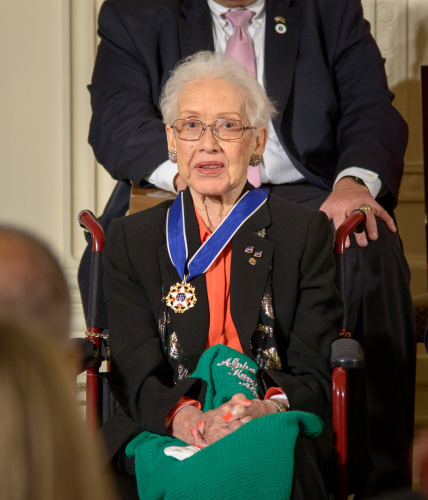 Johnson with the Presidential Medal of Freedom. Image credits: NASA

Why the sudden interest in Katherine Johnson?

Well, first, Fox released a trailer last week for "Hidden Figures," a movie based on the events chronicled in the book by the same name. It tells the story of Johnson's life and career at NASA (with a healthy dose of Hollywood drama, I'm sure).

I was immediately reminded of "The Right Stuff." I plan to get tickets for opening night.

Also, Johnson's birthday is August 26. This Friday, find a fun way to honor Johnson's contributions to our journey into space: post a tweet, launch a rocket, or calculate the x intercepts of a parabola.

If you want to learn more about Katherine Johnson, check out this biography and interview series by The National Visionary Leadership Project.

Hackster Projects of the Month: August 2016