IoTuesday: Why IoT Is About More Than Automating Your Home

While many of us fancy a new "Home of Tomorrow," the real growth in IoT is occurring in places most of us don't see.

When I think Internet of Things (IoT), the first image that pops into my head is the "smart, internet-connected home of the future," complete with high-end tech gadgets like learning thermostats and remote-controlled light bulbs that respond to voice commands from a different device. All this, of course, comes at a price of decreased privacy and increased network attack vectors (not to mention actually handing over hard-earned dollars to pay for all these widgets). It seems that the benefit-to-cost ratio is not quite high enough for most consumers to readily adopt much of this new technology.

However, if you type "IoT" into Google, you'll see an endless stream of news stories about how IoT is revolutionizing the world, how there will be [insert absurdly large number] of connected devices by 2020, and how it will be a multibillion-dollar industry that's ripe for tech companies. Since home automation adoption appears to be slow, where is all this rapid development coming from?

As it turns out, the "Smart Home" is only a fraction of what's considered "IoT." Even though it's more than a year old, this report from Business Insider predicts that the majority of IoT endpoints will be used by governments and businesses, not consumers. 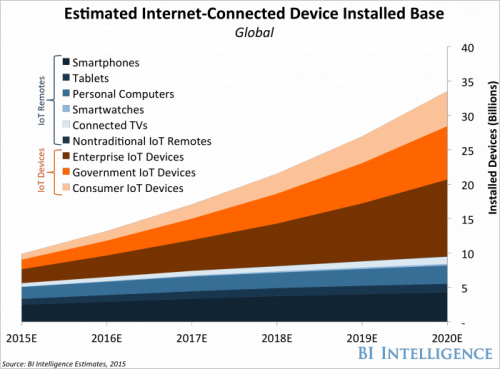 In the rest of this article, we'll take a look at some of the industries that are benefiting the most: transportation, manufacturing, health, government, and agriculture.

Self-driving cars are all the rage right now, but many transportation companies are beginning to adopt IoT technology in their vehicles. Much of this technology focuses on identifying safety and maintenance issues early, but the companies have seen real savings as a result. 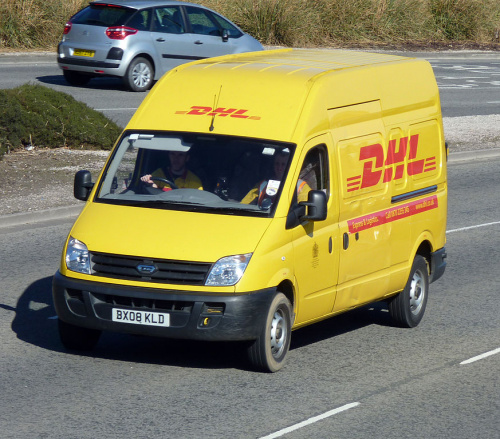 Currently, General Electric is working with AirAsia to add sensors in many of its airplane engines to track performance and efficiency. These sensors, along with GE's "Flight Efficiency Services" software, have helped save AirAsia a reported $30--50 million over the past five years.

Broadly labeled as "Industrial IoT," "Industry 4.0," or "Smart Factory," IoT applications are gaining popularity in manufacturing along with other advancements like robotics. Most of these applications include remote monitoring systems that can add up to millions of dollars in savings if potential problems are caught and fixed before they become catastrophic. 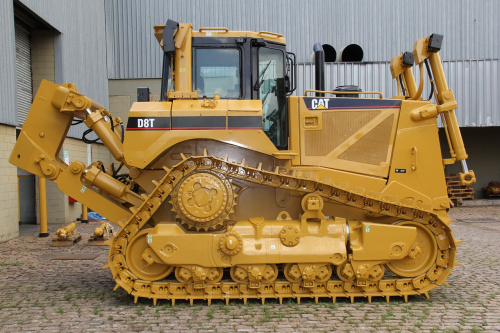 Even beer brewers and distributors are jumping on board. B. United International is using various sensors to monitor the location, temperature, and pressure of beer as it is shipped around the world. B. United specializes in distributing craft beer, which is often considered harder to transport due to a natural refermentation process that can occur.

Wearables is often first to mind when we think about IoT as it relates to our health. However, several companies, such as STANLEY Healthcare, are focusing on provided connected and more efficient hospitals, which includes in-building patient and equipment tracking.

Qualcomm and Philips are also working on a set of connected devices that incorporates medication dispensers, biosensors, and glucose meters.

Many IoT devices are finding a home in new developments for "Smart Cities." The town of Tidworth, England, worked with water company Veolia to install sensors all along its water main and sewer system to more quickly notify workers of problems. 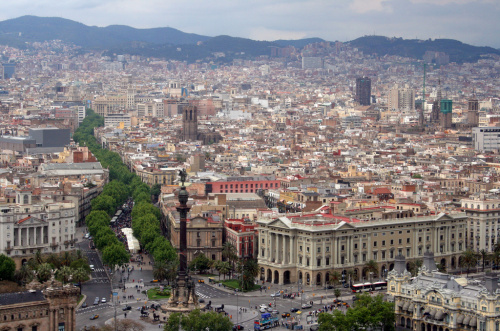 Barcelona is now considered to be an IoT leader, complete with discreet sensors placed around the city to monitor "noise, traffic, pollution, crowds, even the number of selfies posted from the street" according to a Forbes interview.

John Deere has created what it calls the Field Connect system, which allows farmers to monitor everything from soil moisture to humidity to solar radiation. This data can be easily accessed through a web interface and can help farmers improve yield and crop quality. 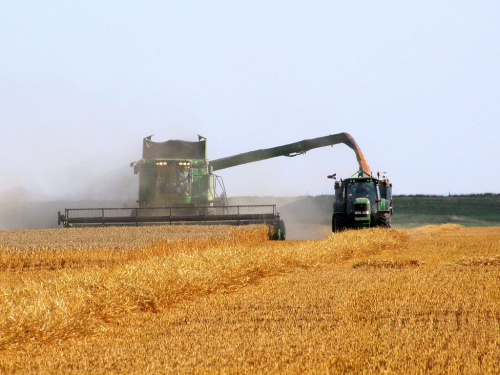 Similarly, Bosch is creating sensors to assist farmers in monitoring crop growth. Specifically, they recently tackled monitoring ground temperatures for asparagus, which are supposed to be quite sensitive to variations in soil temperature.

In the coming years, we will continue to see more and more connected devices enter the market to assist industries we may never see nor hear about. Some of you may work in these industries or for companies that supply IoT solutions. For others, I hope that this helped shed some light on another piece of what constitutes "Internet of Things."

If you are developing a product or service using IoT, I urge you to look beyond the home for customers in other potential markets.

What are your thoughts on IoT in these markets? Do the benefits outweigh the costs in your opinion? Let us know in the Comments below!