SparkFun is proud to support educators across the county who are introducing electronics and inspiring a love of making through soft circuits. This summer we donated LilyPad hardware to a number of camps aimed at getting girls interested in STEAM fields through activities including light-up wearables. 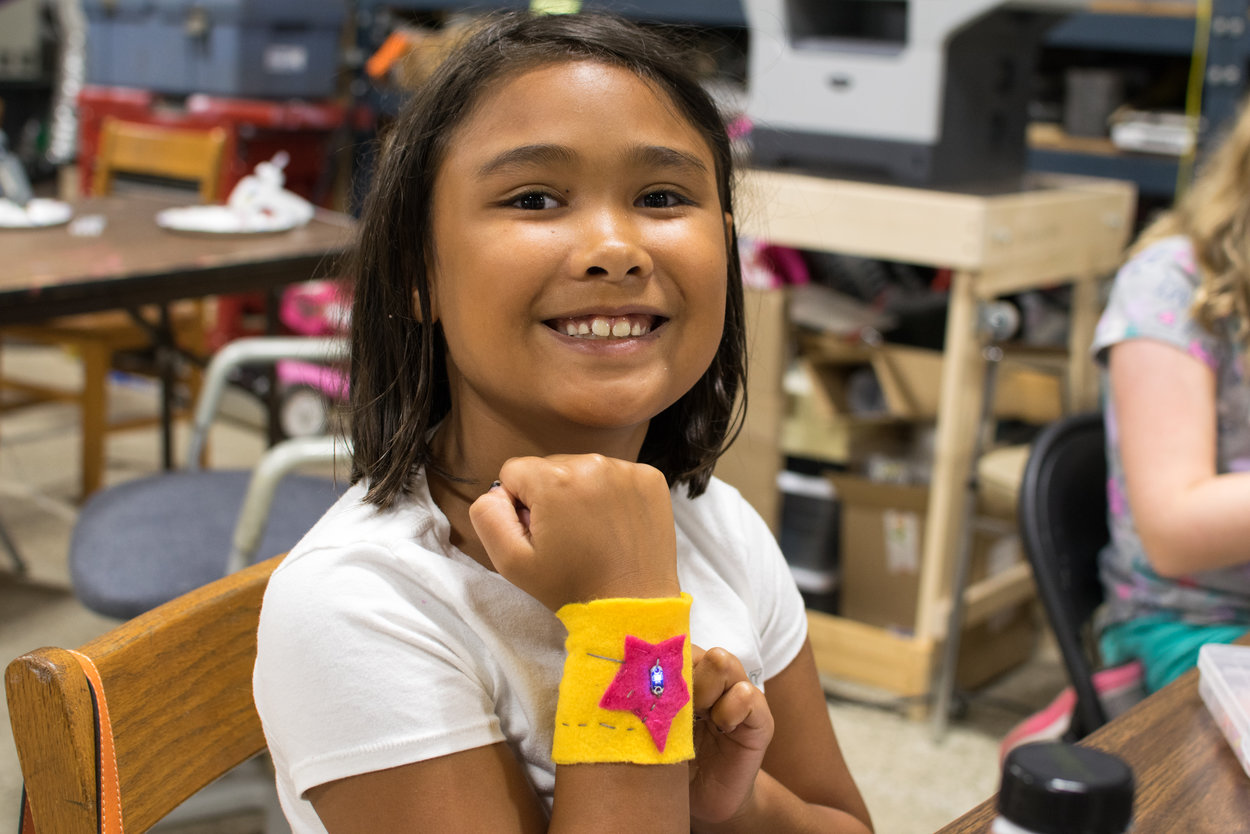 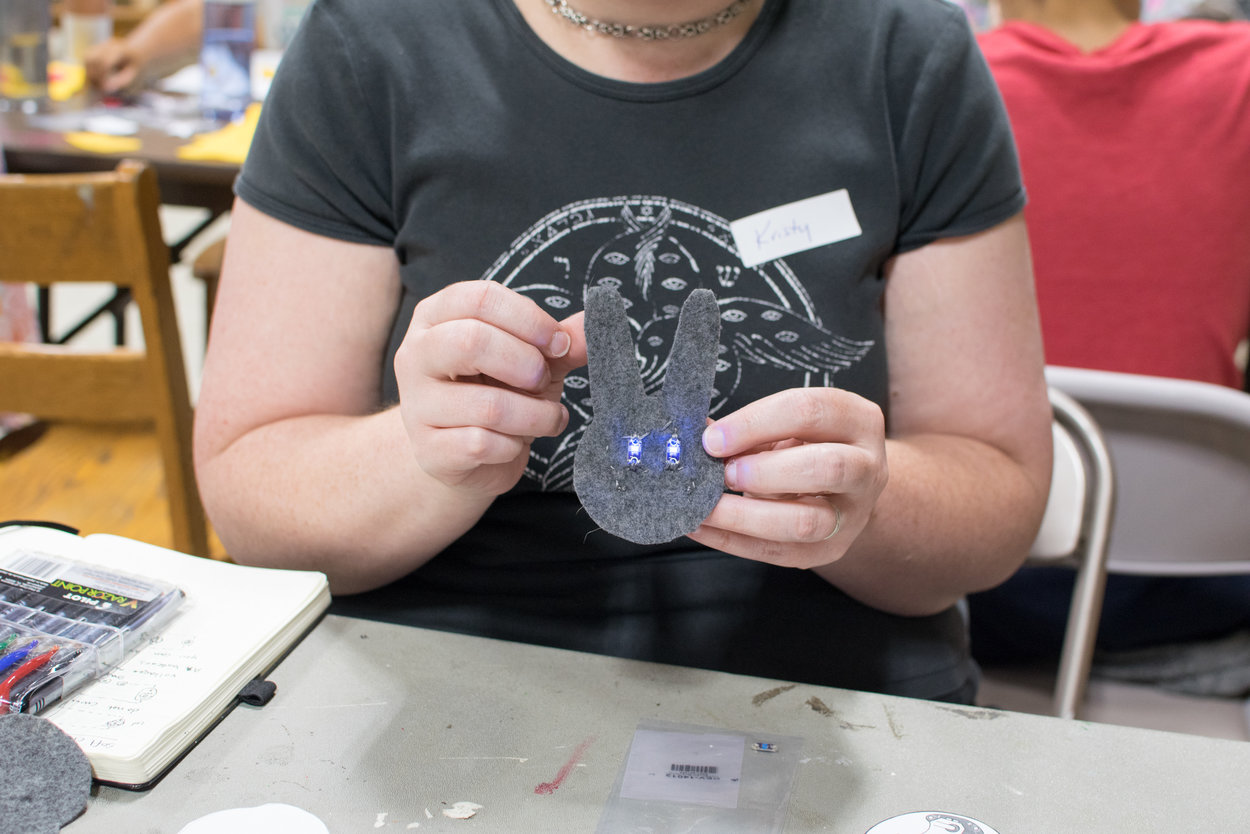 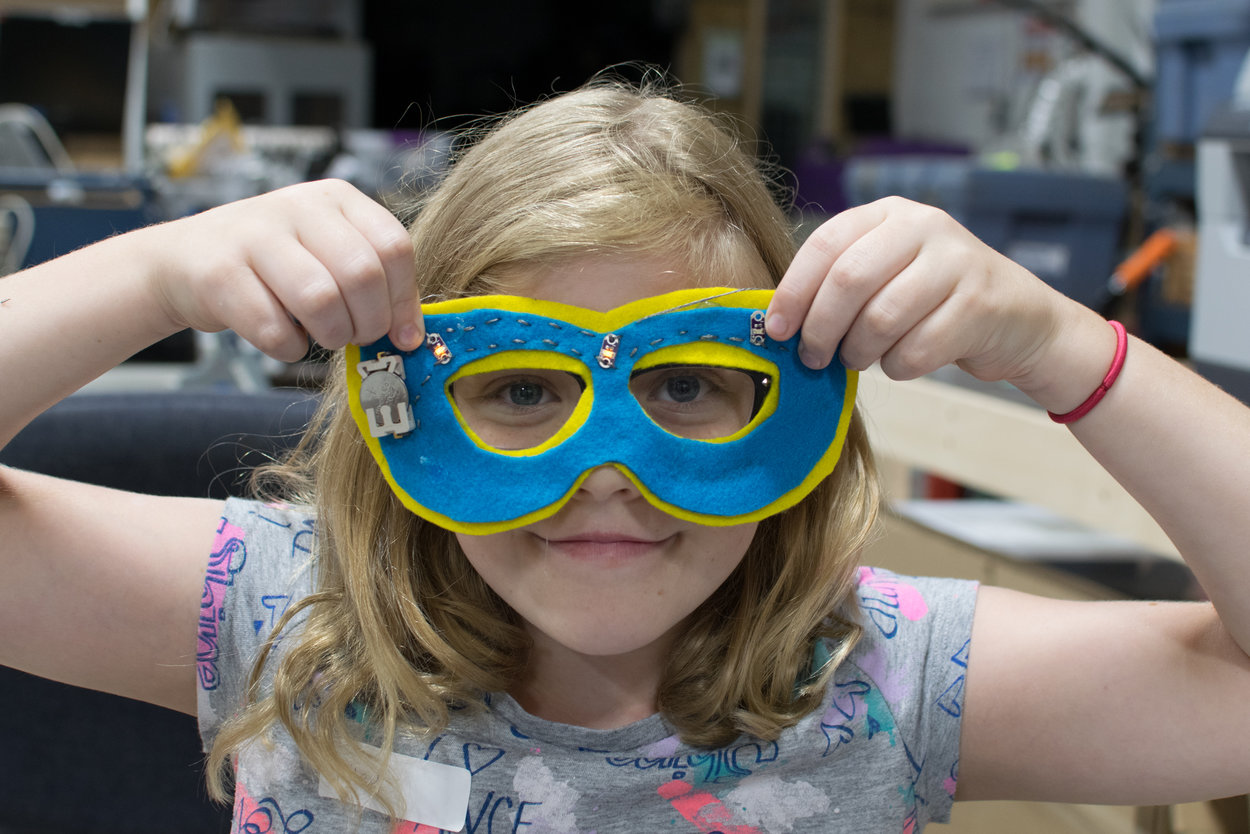 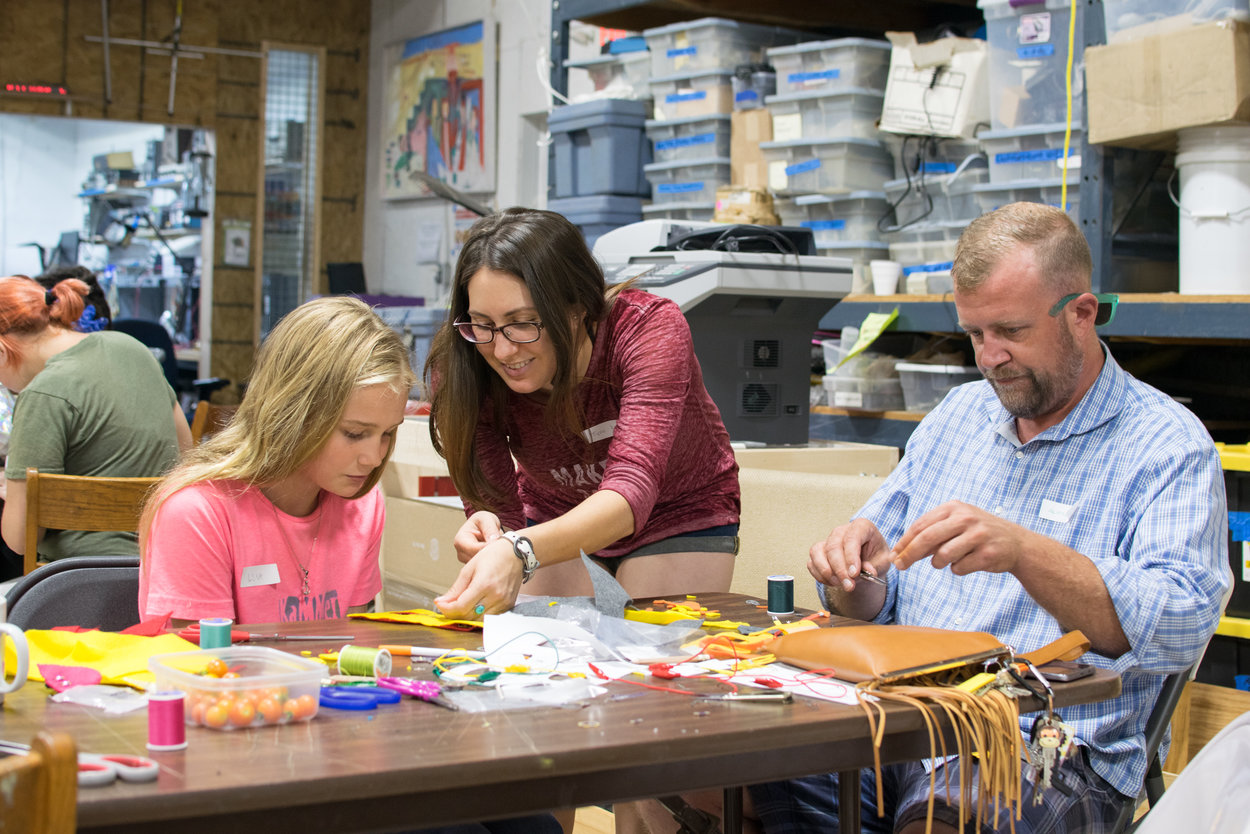 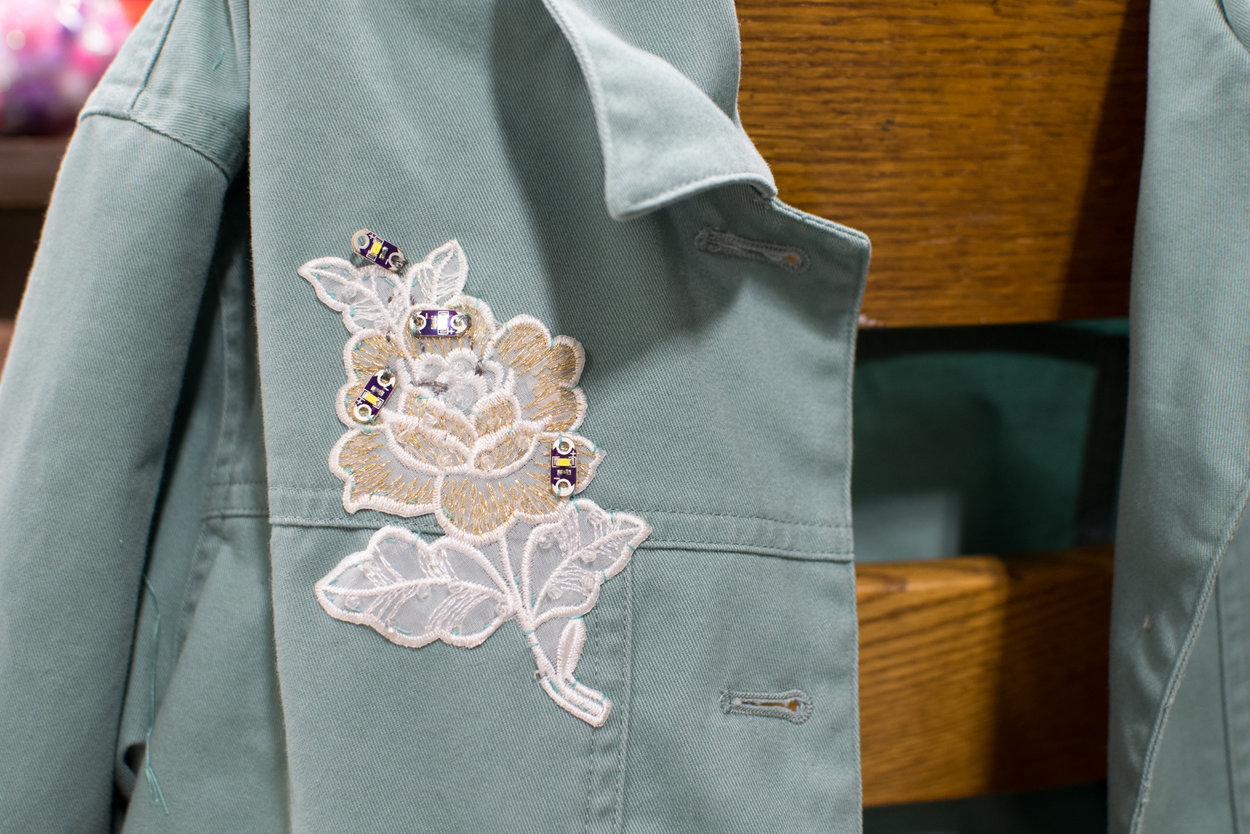 Using LilyPad sewable LEDs, conductive thread and battery holders, students learned how to wire LEDs in parallel and how they could adapt these skills for larger projects. They were also taught how to create an on/off switch using metal sewing snaps so their bracelets and masks could light up when worn and be turned off afterward. All of the students in the class went home with a completed project.

The second class dove deeper into the world of sewable circuits, teaching how to use the LilyTwinkle microcontroller to make their projects sparkle. Students brought their own projects and were taught how to adapt them using Arduino programming. Some students went a little bit further and made use of the LilyTiny board with light sensors to customize their projects and control the lighting patterns. Students also learned about garment construction so their projects could be washed and readapted. Participants brought in a range of projects to work on, from denim jackets to flags, hats and scarves. 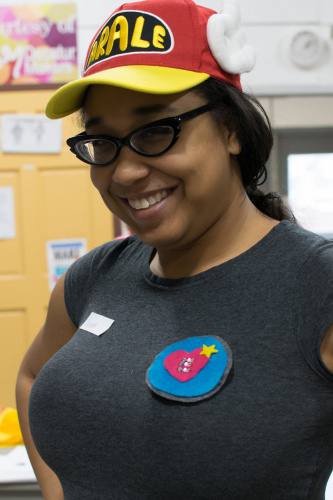 Want to make the Wonder Woman bracelet? Click on the pattern PDF below. 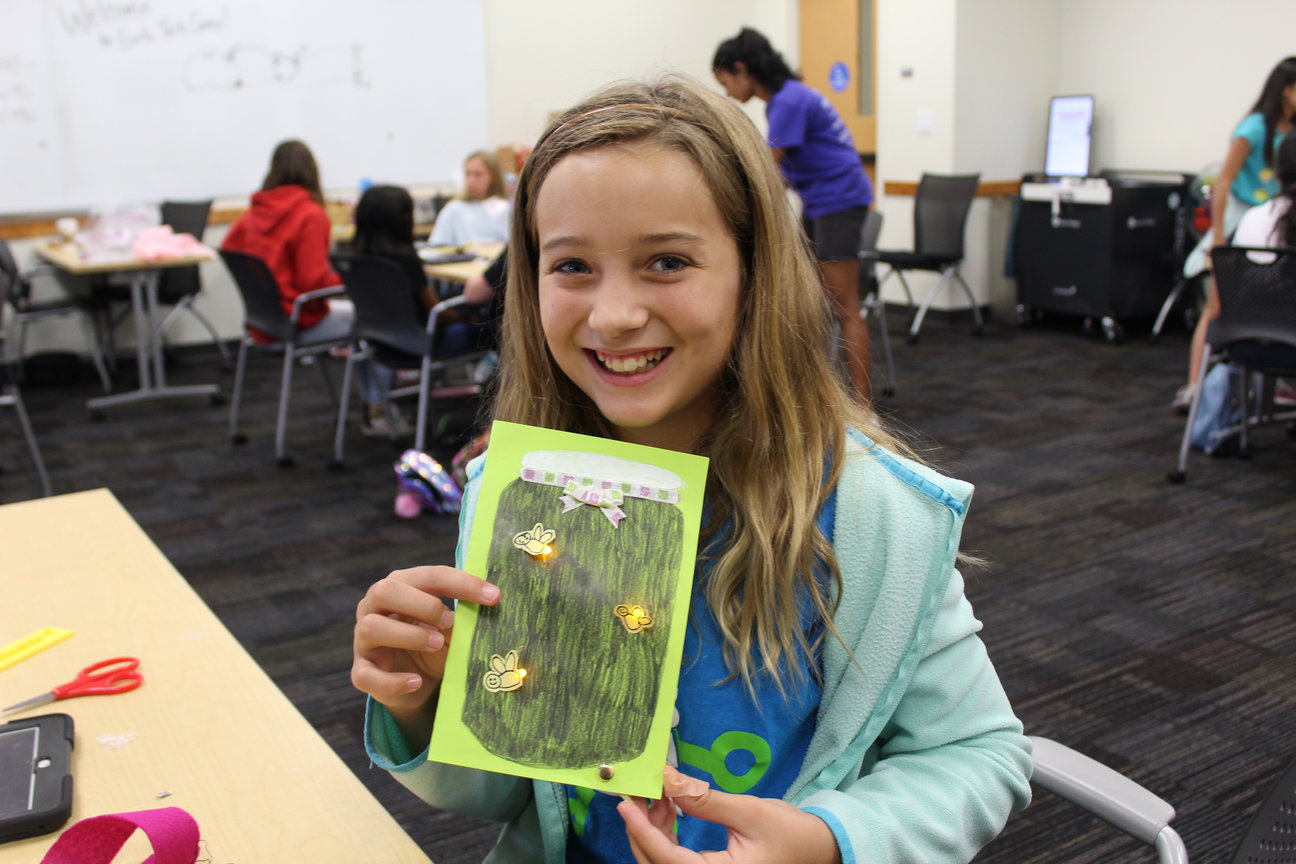 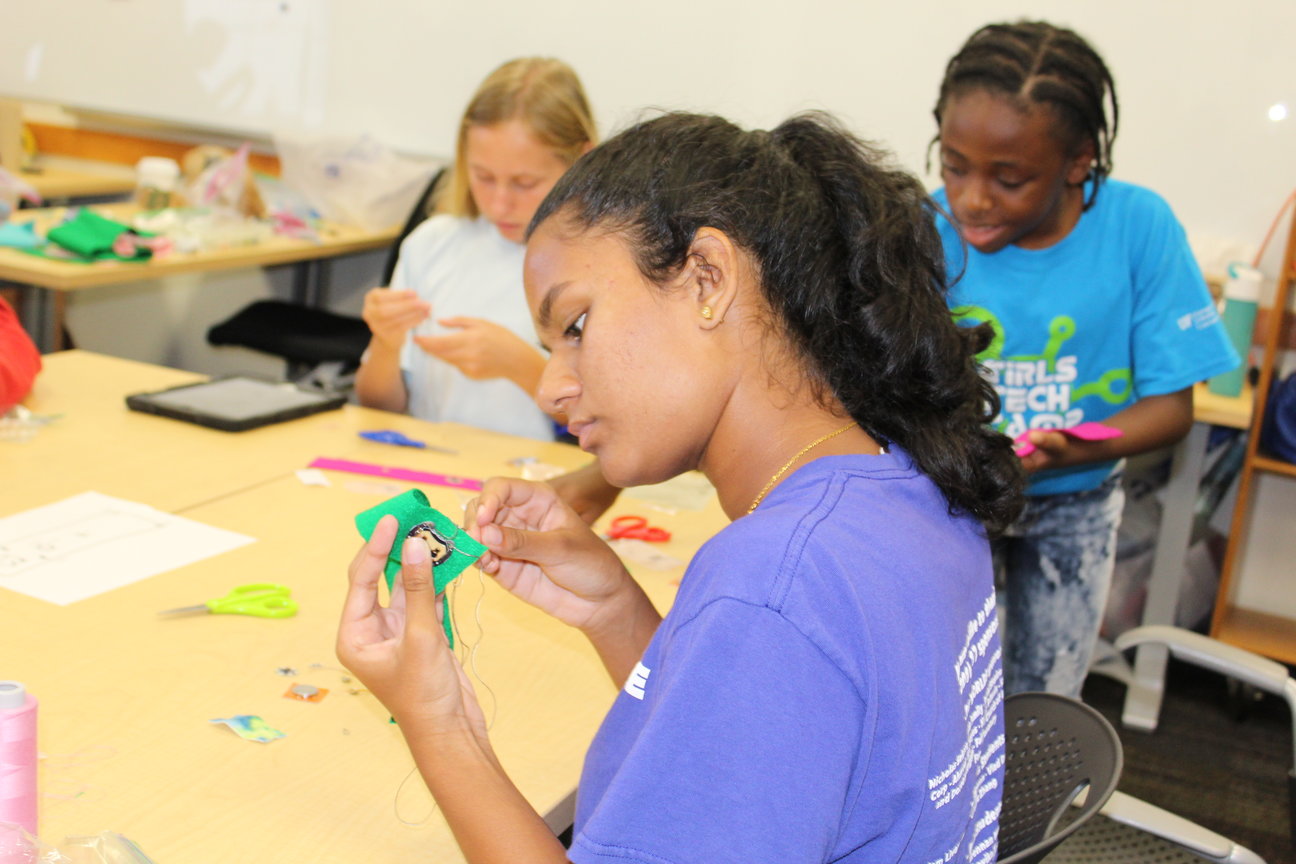 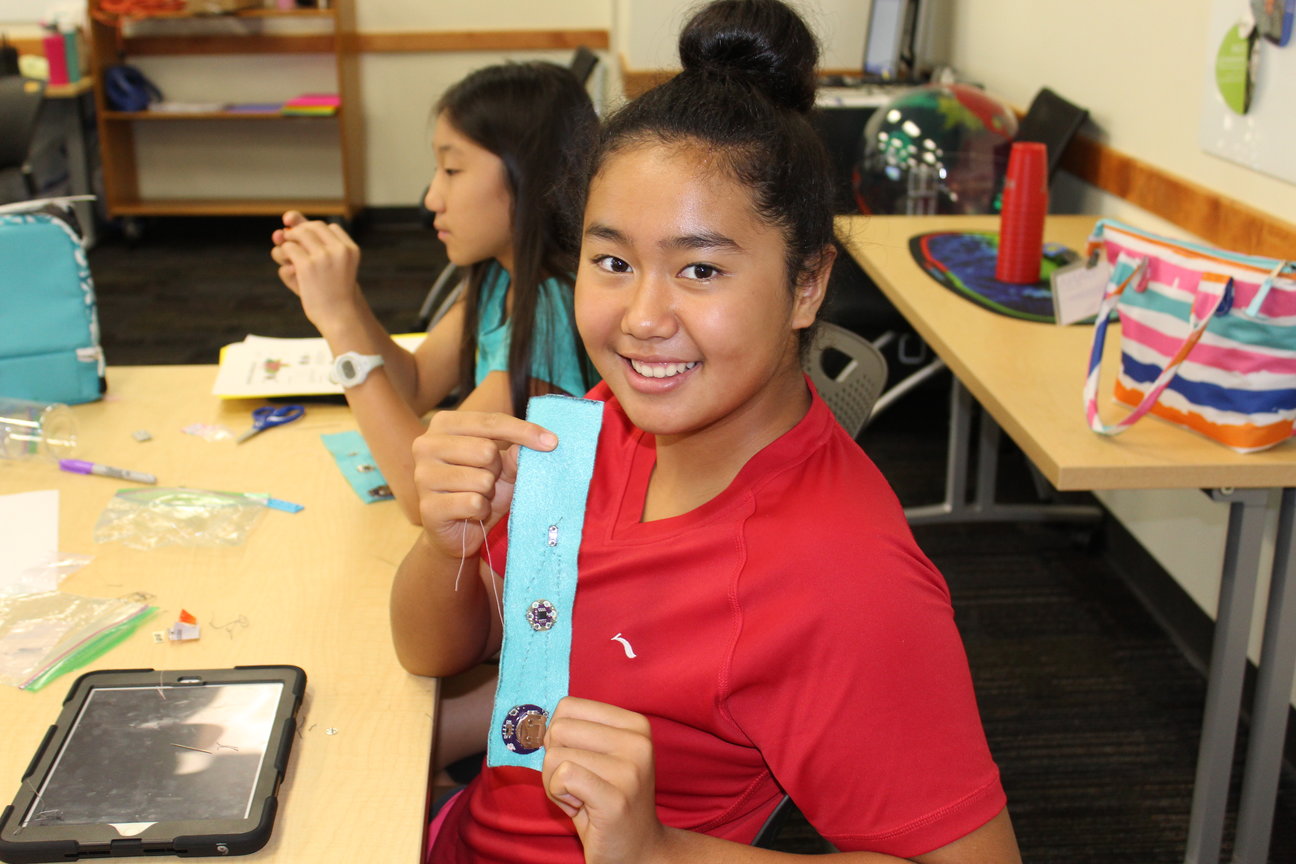 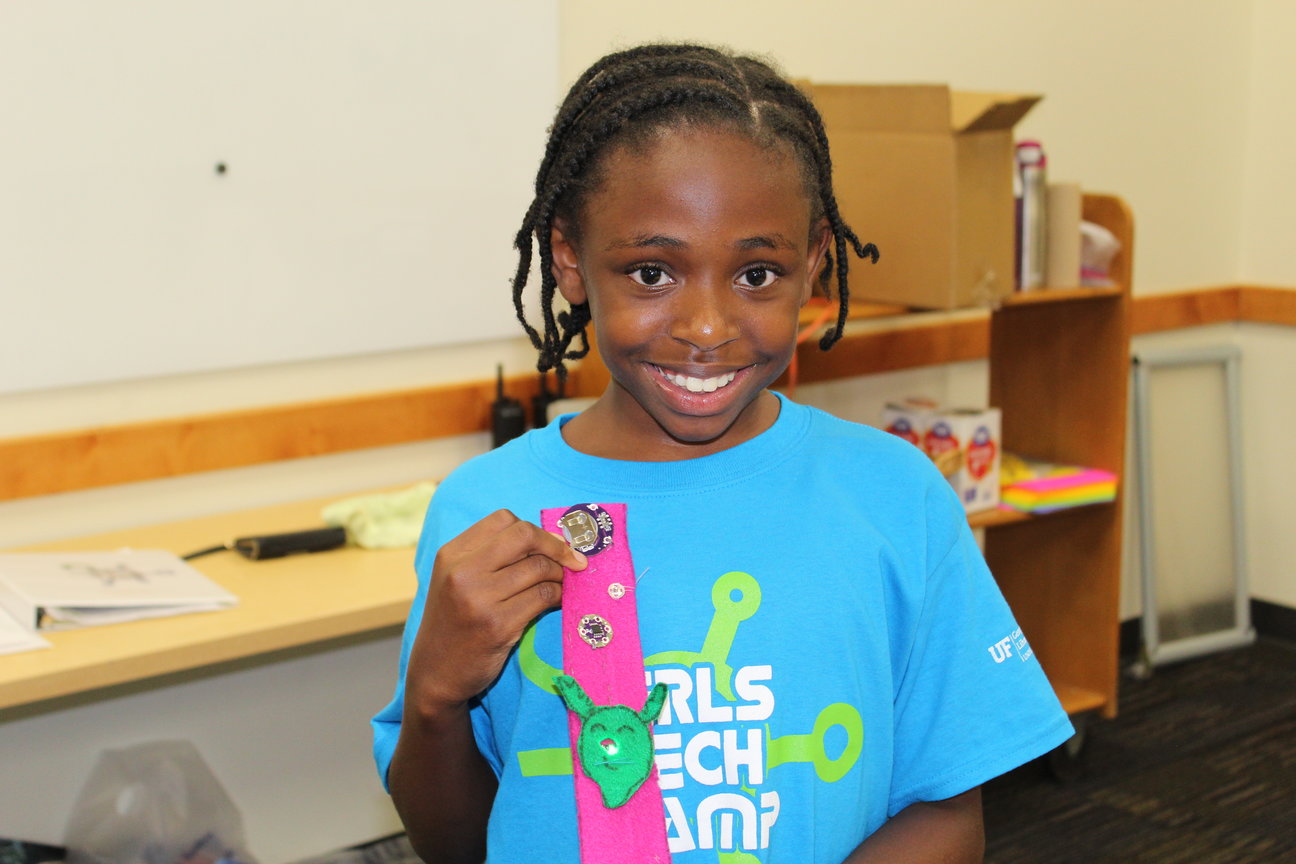 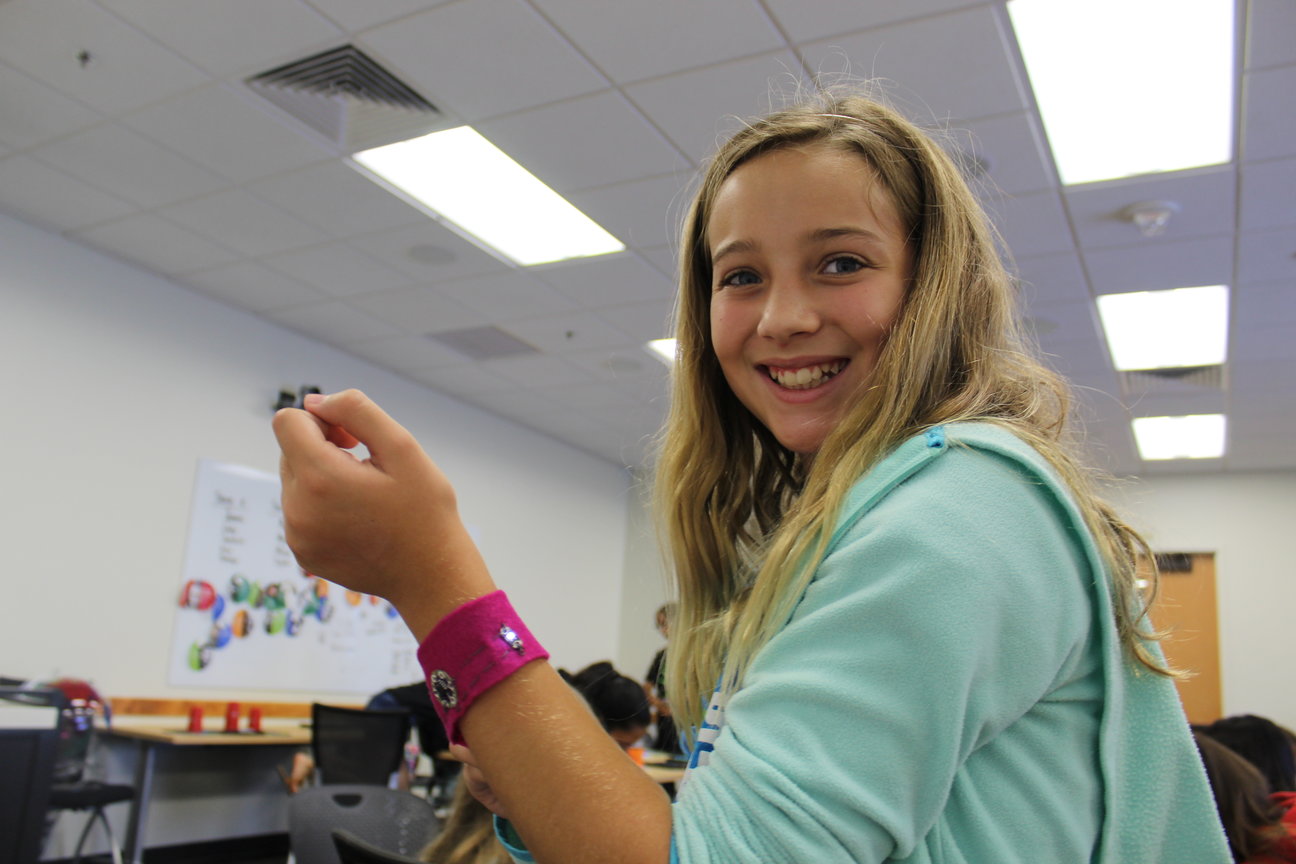 After gaining a basic understanding of electricity, students moved on to a more challenging craft: sewing a bracelet featuring a LilyPad LED connected to a LilyTiny microcontroller and coin cell battery. The LilyTiny contains different pins that change how frequently the LED blinks (e.g., twinkling or a heartbeat). This project was based on Leah Buechley’s tutorial at sewelectric.org, and focused on the simpler single-LED design rather than connecting multiple LEDs.

Last year, only two out of 22 campers finished their bracelets, even though their feedback was entirely positive. This year, with more a gentler introduction and more detailed instruction, the majority of girls finishing a blinking bracelet! 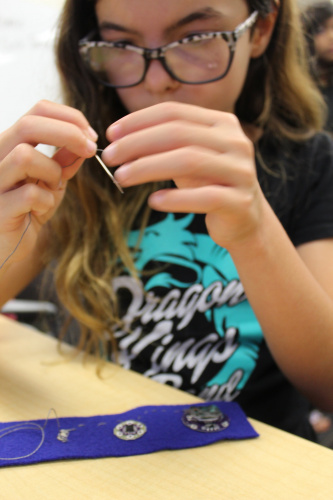 1. Most middle schoolers don’t know how to sew or tie knots.

We assumed that understanding the circuit would be the most difficult part of the craft, but the campers turned out to struggle most with handling the needle and thread, and sewing a basic running stitch. The first year this took us by surprise, so this year we started off the project with the basics of how to hold the needle and make a simple knot. We showed this YouTube video of a running stitch. Since the circuit fails if the thread is loose or crosses itself, basic sewing skills are a necessity to a working bracelet.

2. Lay out and draw the circuit first.

Campers immediately wanted to start sewing components on their felt rectangle, but then had to pull out stitches when it was too crowded. This year they used a dab of glue to stick the battery holder, LilyTiny and LED to the felt, and this made it easier to sew each piece on without worrying about it falling off or getting the polarity confused.

Components need to be securely attached with the conductive thread, and campers tended just to make one (loose) loop around each connection. We constantly reminded them to sew nice, even lines with clean connections and tidy knots.

Watch the webinar below for great e-textile project ideas and to learn more about teaching e-sewing.

Getting Started with Bare Conductive