My Adventures with Open Hardware

A look back at one maker's timeline to success

My earliest attempts at creating open hardware were some robotics circuit boards for a small, now-defunct company called FAST Robotics. We had the lofty goal of providing a complex, semi-autonomous, quadrotor UAV-based civil inspection platform called Icarus. As the PCB design engineer for many of the projects, I pushed for the designs to be open due to the success that I had seen with other platforms, such as Paparazzi UAV and PX4. Long story short, our many efforts failed. We fully intended on using Kickstarter to help launch the platform but it never got to that point. I like to think we were just too early and regulations were too restrictive, but being a PhD student, instructor and having a full-time job probably didn’t help either.

When I first founded QWERTY Embedded Design in 2015, I wanted to provide a few open hardware reference designs to help promote my PCB design capabilities. I wanted to create something new but relatively simple. I had heard of the new 96boards initiative and figured it would be much easier to provide something new for its ecosystem compared to Raspberry Pi or Beaglebone. As I had some experience with robotics, a robotics mezzanine seemed a logical first choice and Robomezzi was born. The design consisted of 16 servo outputs, a 6V buck regulator, a 9DoF IMU, four analog inputs and some level-translated IO. Ten handcrafted units were distributed at various Linux conferences and it gained some product interest that never really took off. Either way, I was still happy as I forged a connection with Linaro and 96boards and got to meet several well-respected engineers through the process. 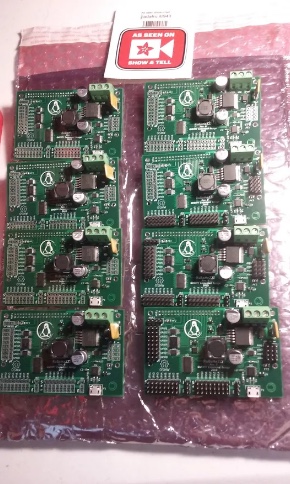 In the following years, I became a fairly well known Linux kernel contributor and was mentoring for Beagleboard via the Google Summer of Code. Beagleboard collaborations would actually be the source of my next open source hardware projects, PocketBone KiCAD and BeagleWire.

The PocketBone design was brought to my attention by Drew Fustini at the Linux Plumbers Conference in 2016. It was a small side project of the org’s founder, Jason Kridner, that was in need of some engineering assistance. Essentially they wanted a Beagleboard that would fit into an Altoids Smalls tin by taking advantage of the new Octavo Systems SIP, but the initial attempt was non-functional. I stepped in, converted the design to KiCAD and successfully hand-assembled five PCBs. This design was well documented and you can read more about it on the Octavo Systems website here and here. 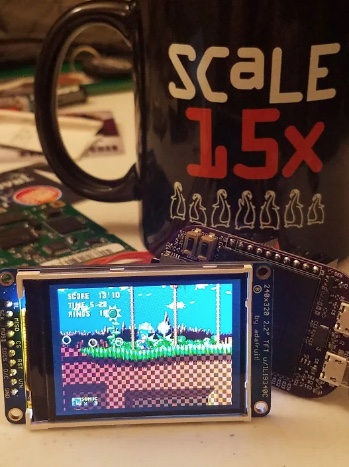 PocketBone with a SPI LCD attached

The PocketBone design ended up garnishing enough attention that I initiated my first crowdfunding campaign on GroupGets. The campaign was cut short before we could apply the economy of scale upon receiving word from Beagleboard that they were working on a revised design. To recoup some of the costs associated with an early prototype run, we decide to sell them at a less-than-handsome price. The success of the revised PocketBone design and attention I had drawn through blogs would go on to spur the development of the PocketBeagle. 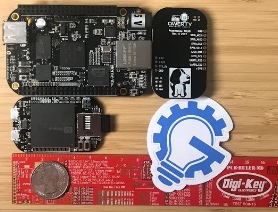 PocketBone units next to BeagleBone Black for comparison

Though I was considered for the design of the PocketBeagle, the initial design was done by GHI Electronics in Eagle and I eventually converted it back to KiCAD. Through the process I forged a relationship with GroupGets that would eventually lead to my first profitable crowdfunding campaign, LoFive.

In the wake of the missed PocketBeagle design, I used some of the energy I had built up to design something new. While watching an Adafruit show-and-tell episode, I noticed that Scott Shawcroft was presenting a new feather baseboard he designed and assembled that was based on the SiFive FE310 RISC-V microcontroller. I ending up helping Scott debug his design, which in turn helped me develop some contacts at SiFive. We were using such early silicon that we even ended up helping correct mistakes in the chip documentation. In the meantime, I had created the LoFive design, using a Teensy-like form factor.

Having a design ready gave me enough leverage that SiFive ended up providing samples of the FE310. I ended up hand-assembling several of the LoFive boards, and handed most of them out for free at the Open Source Hardware Summit 2017 in Denver. After a few months, I was talking to Ron Justin from GroupGets about potential new campaigns. LoFive came up so we launched it! The LoFive campaign went on to be one of their most successful, with 257 percent funding and units that were shipped throughout the world, which was quite unexpected. During the campaign, I even got to visit to the SiFive headquarters while in San Francisco for Linaro Connect. 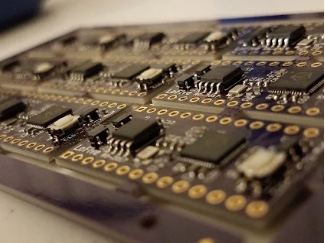 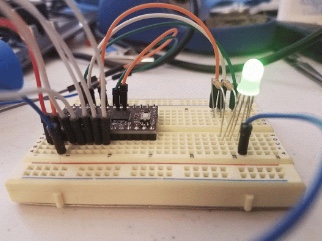 So what’s next for me? My latest campaign for the 96Boards GPS Mezzanine is live on GroupGets now. It is the first design to be promoted to a group buy from an open source hardware initiative for developing more mezzanine products for 96boards. Check out the blog over on the 96boards website or the source repository for more details about the initiative. As for the LoFive, the future is wide open. Though it had some great initial success, it has some drawbacks when it comes to newbie hardware hackers. The biggest complaints were probably the external JTAG programmer, shipping costs and lack of peripherals. I hope to resolve some of these issues in future revisions and accessory boards. I have a nice wireless baseboard in mind and hope to launch it soon.

About the author: Michael Welling is an embedded systems design engineer with over 10 years of experience. He owns an electronic design consulting firm, QWERTY Embedded Design, LLC. He has an MS in Electrical Engineering, was an instructor at SIUC and is a 12-year member of IEEE. He is also a mentor and contributor to E-Ale.org, Beagleboard.org and 96boards.org.

From the Field: Electrical Engineering as a Hobby

From the Field: Designing Custom PCBs with SparkFun