A familiar face pops in to share some insights on building an AVC combat robot, Crippling Depression.

Hello everyone, it’s Robert. Today I’m going to talk to you about AVC and what it takes to build a combat robot!

SparkFun’s 10th AVC is coming up in just a couple weeks and I’m personally pretty excited. I’ve been involved in the majority of the competitions, either in my time as head judge or, more recently, as a competitor. Having seen both sides of the event, I can say that a considerable amount of effort goes into both! Coordinating and running the event requires a large amount of time and resources, and the same can be said about competing as well. However, building combat robots has been one of the most challenging, frustrating, yet rewarding things I’ve ever done. 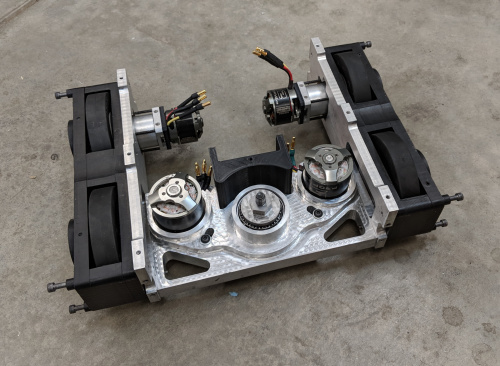 What exactly are combat robots? First off, combat robots aren’t really technically robots. They’re really just armored remote-controlled vehicles that usually have a weapon. Strictly speaking, robots have some level of autonomy, which most combat robots do not.

There are many weight classes of combat robots, ranging from the insect classes (one pound - Antweight, three pounds - Beetleweight) to the intermediate sizes (12 pounds - Hobbyweight, 30 pounds - Featherweight) and finally the largest classes (60 pounds - Lightweight, 120 pounds - Middleweight and 220 pounds - Heavyweight). There are numerous other classes all the way down to 150 grams and up to 320 pounds, but these classes have fewer (if any) competitions. 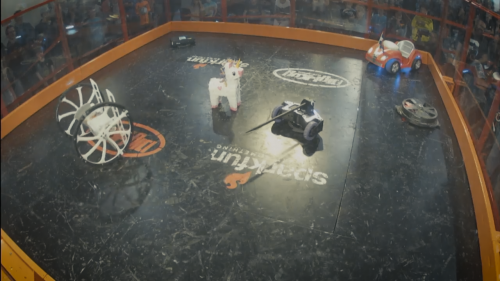 Generally speaking, the goal is to have two robots enter an arena and knock against each other for two to three minutes until someone either taps out or their robot stops working. There are, of course, many restrictions as to the type of weapons that can be used, weight and size limits, etc. If you want to know more about the rules, check the Sparc.tools website; it has a set of standardized rules that SparkFun’s AVC and other competitions use.

But ultimately, most fights involve attempting to disable your opponent by either pushing them, flipping them or using a spinning weapon to store (and transfer) kinetic energy. Of all the methods, I greatly prefer the latter. 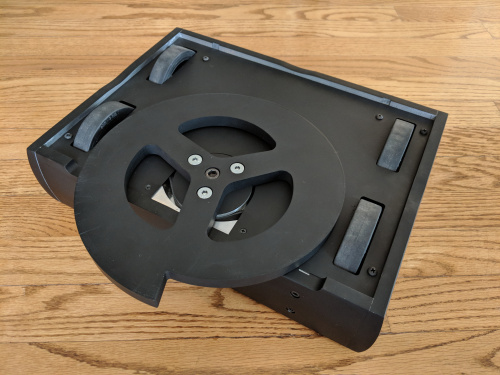 At their core, combat robots are really just a couple motors for drive, a battery, an RC receiver, some wires, a frame to hold it all together and then (optionally) another motor or two to power the weapon. It seems simple, but it’s anything but. All the components that go into these systems need to operate under extremely harsh conditions. Even though matches are only two to three minutes in length, a lot can happen in that amount of time. This means material selection and optimization play a very important role.

For my 30-pound (featherweight) combat robot, Crippling Depression, I am using a whole host of materials including carbon fiber, various grades of aluminum (6061, 7075 and 2024), grade-5 titanium, S7 impact-resistant steel, UHMW-PE and carbon-fiber reinforced nylon. One of the greatest aspects of designing and building a combat robot is seeing components and materials pushed to their absolute limits. 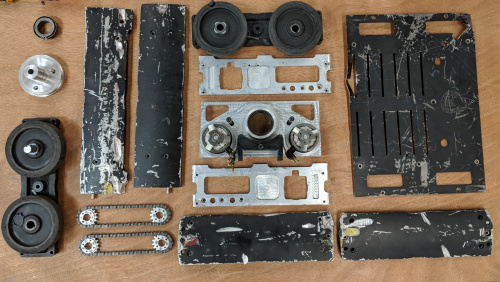 To understand the forces involved, we need to talk a little about kinetic energy (KE) and Joules. Here’s a quick physics refresher: kinetic energy is energy that a mass possesses while in motion. An apple sitting on a branch on a tree has stored energy (potential energy), but as it falls and gains momentum, it stores kinetic energy (KE). When it falls and hits the ground, that energy is transferred into the apple and the ground. Assuming an apple weighs around 100 grams and falls from three meters, you could assume that the force when landing is equal to about three Joules worth of energy. Got it?

So just how much kinetic energy does a combat robot have? Well, it depends on the design and the weight class, but 150 Joules per pound is a good rule of thumb. So, a little one-pound (Antweight) combat robot could have a spinning mass that stores 150 Joules worth of energy, which is roughly equivalent to 50 apples falling from three meters. This is roughly the same as a bowling ball falling from the same height, which could easily break some bones and cause serious damage to a person.

If we start moving up to larger weight classes, the amount of energy starts to get pretty scary. I have several weapon options for Crippling Depression, and the most powerful weapon can generate just over eight KJ worth of KE. This assumes the weapon is spinning at full speed and would come to a full stop and impart all that energy into the opponent, which is admittedly pretty rare. However, to give some perspective to this number, a 357 magnum at close range packs around 672 Joules, and a 12-gauge shotgun packs around 4.4 KJ.

The largest combat robots have KE numbers exceeding 100 KJ, which is similar to the forces involved in a head-on car crash. This is why the arenas use steel floor panels and bulletproof Lexan walls. Many robots even use AR400 or AR500 armor plating, which is commonly used in armored vehicles and bullet-proof body armor. The amount of energy that combat robots can generate is downright terrifying. 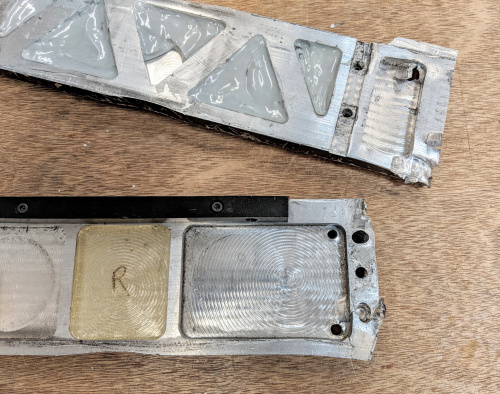 It only takes a few seconds to mangle ⅝-inch-thick aluminum panels.

With the amount of energy involved in such small machines, things tend to break in surprising ways. Magnets explode out of the motor housings, insulation melts away from wires, components desolder from PCBs, bolts shear and solid metal plates easily twist and bend into unrecognizable shapes all in a matter of seconds. 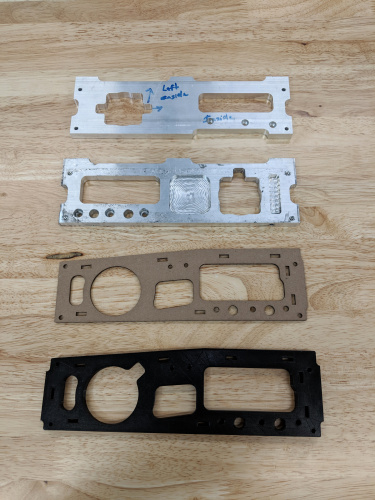 The evolution of the internal frame rail for Crippling Depression. Iteration is life.

If it was easy, it wouldn’t be fun. I’ve spent the last few months rebuilding Crippling Depression from the ground up. I’ve replaced aluminum with titanium, shaved weight in some places to add it into others and changed around the geometry to make it harder to hit while making it easier to hit others. I know this is what everyone else has been doing as well, so I just need to cross my fingers and hope for the best. 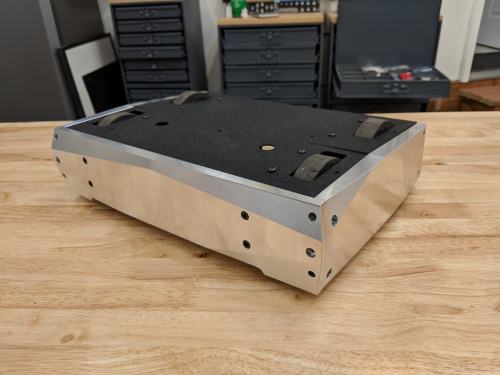 The next installment of Crippling Depression, ready to cripple and depress

If you want to learn more about Crippling Depression, you can check out my YouTube playlist for a build log and fight recap from the last two events.

The sport of combat robots is a great way to learn how to build something that needs to operate under extreme conditions. It’s recommended to start with the one-pound Antweight class to get an idea of how everything works and then move up from there. There are great tutorials that can be found on Sparc.Tools, my YouTube channel, and Arizona Robot Combat.

The best way to get started is to find a event and attend as a spectator. Thankfully, in just a couple weeks is the second-largest combat robot event in the US! Be sure to tune in and watch Crippling Depression and all the other robots compete.

Desk of an Engineer: the Owen Edition