Bigger prizes and some rule clarifications for the Antimov Competition coming in October. 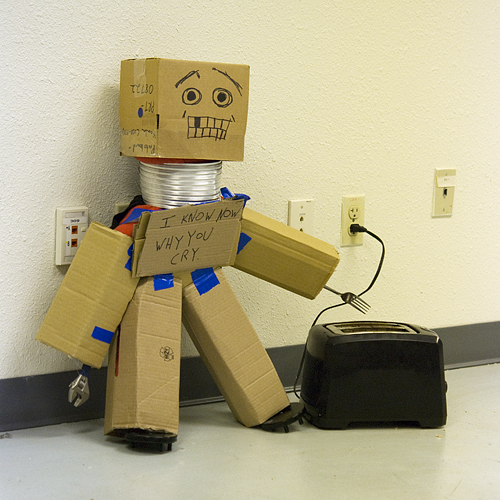 The Antimov competition is coming! On October 16th, SparkFun will turn into an arena of weird robots on literal suicide missions. We've had lots of questions and suggestions about the competition, and we've clarified a few rules, but before we get to that, let's talk about the most important change: CASH MONEY!

So you've built a robot, it's taken money and time, and its modus operandi is to destroy itself? Why would any sane person do this for a chance at a measly $300? That's a great question and one that was asked to us a few times. Since we couldn't think of an answer, we decided to sweeten the pot. The new prize structure is as follows:

Minimum $1000 cash prize for the winning live performance day of the competition. BUT WAIT THERE'S MORE! With each entry, we'll add $100 dollars to the pot, meaning if all 25 entries are claimed, the prize will be $3500.

We're also setting a minimum $500 cash prize for the winning video entry. With each video entry, we'll add $50 to the pot, with a cap of $2500 (40 entrants). After 40 entrants, videos will still be accepted but the prize will not grow any larger.

We've also had some questions about the rules, and it seems that some people are still thinking of this competition like a traditional robotics gathering. So we'd like to clarify some of the rules (or lack thereof).

- Bring a tall platform. Have your robot jump off of it.

- Suspend something heavy in the air. Have your robot stand under it when it falls.

- Bring a giant pot of water/oil/solder. Have your robot boil in it.

- Anything you can think of that is not dangerous to spectator is fair game. The more creative, the higher the score.

- The robot can be guided by infrared transmitters in the environment.

- If the robot must be suspended in the air, the robot doesn't necessarily have to climb a rope or ladder, the rope or ladder
could be attached to a device that pulls up at the necessary time.

The cardinal goal here is creativity. The weirder the better. Plenty of people have built battle robots and line followers. This is the chance to create something the likes of which have never been seen. Let's get strange. 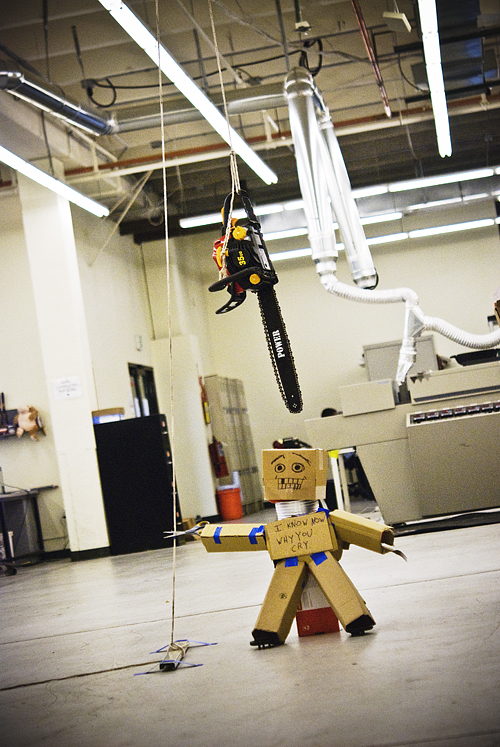 New products to power you through the week.