This is the last New Product Post of the year and although we only have a few products to talk about this week, it's been a good year.

An order of business - SparkFun will be closed on Monday, January 2nd for New Years. We will be back up and running on Tuesday. Also of note is that "According to Pete" will be posted the following Monday, January 9th. Now on to the product post.

2011 was a pretty big year for SparkFun, but don't we say that every year? We've had a year full of new products, and of course the weekly new product posts and videos. Since this is the last product post we're doing this year, I thought I'd do something a little different than usual. It also serves as a ruse to divert your attention away from the fact we don't have many products this week.

For the product video this week, I'd like to take a trip down memory lane and revisit some of my favorite SparkFun moments of 2011.

We don't have many new products this week. Most people are gone on vacation and it's a bit of a ghost town around here. But we do have a few things, so enjoy the last round of new products for the year. 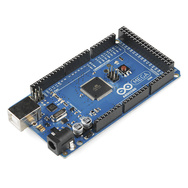 We found a lot of stuff in our receiving department that was either incorrect or something we didn't order. We're just now getting around to seeing what's good and what isn't. Here are a few products that are perfectly fine, but they just weren't exactly what we ordered. 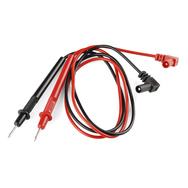 These test leads are just like the other ones we carry here, but they have shrouded banana plugs on them. We don't normally order them like this, so we set these aside when they came in. Instead of carrying both, we're selling the shrouded ones a bit cheaper and when they're gone, they're gone. 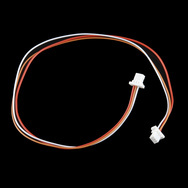 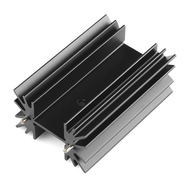 These heatsinks can handle quite a bit of heat. We carry something very similar and when an order came in we noticed that the spacing was a bit different. The manufacturer sent us a slightly different profile and they didn't work with our audio amplifier kit. The gap where you mount the IC is smaller in these and didn't fit the STA540. It should work well with most other ICs as long as they aren't too wide. 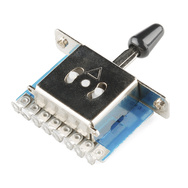 And lastly, we got a shipment of these 5-way selector switches that didn't include the hardware. They usually come with two screws for attaching them to a panel, but these didn't. Also, the legs got bent up a bit so we didn't want to include them with the others. We've discounted them a bit for the missing hardware and bent up legs. Don't worry though, they should work just fine. 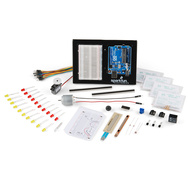 We have a new version of the SIK Retail! This new version remains largely the same but uses a different (and better) motor and include the new Arduino Uno R3. Other than that, it's the same kit that we've been carrying. The retail version comes with the carrying case and includes all you need to get started with the Arduino. 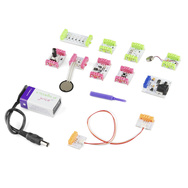 We now have the next version of the littlebits kit in stock. This kit is v0.2 and has a few minor tweaks to the actual bits and the connectors. It also includes a branded 9V battery and a little screwdriver for adjusting the trimpots. 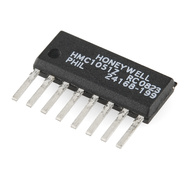 The HMC1051Z compass module was an IC that was used on an old assembly and we had a few left over once the assembly was retired. We figured someone might get some use out of them. The HMC1051Z is a single axis magnetic sensor in an 8-pin package.

Well, that's all I have for this week. Thanks for reading and we'll see you next year to welcome some new products for 2012. See you then!