I've been spending most of my time these days working with two relatively power-hungry WiFi/MCU SoC's: the ESP8266 and the Photon. In different ways each of those projects has forced me to focus on battery-powered operation -- designing the ESP8266 Thing with its integrated LiPo charger, and working on the Photon Battery Shield. That means, to really vet them out and see how they'd work (and last) in projects, I had to learn how to put them to sleep. In my Enginursday blog post I wanted to share some of my deep sleep adventures.

(This is mostly pertaining to my recent project and work experience; there are obviously lots of other options out there for low-power projects. The MSP430 products are top-of-the-line in ultra low-power operation. The ATtiny is an expert hibernator, as demonstrated in products like the Wake on Shake. And even the good ol' ATmega328 can pull off low-power operation. The ESP8266 and Particle Photon, of course, also give you WiFi connectivity, which takes the low-power capability to a whole new level.)

The ESP8266 has become one of the most popular WiFi-enabled microcontrollers out there -- mostly because of its pricetag. Less than $7 for a programmable WiFi-capable microcontroller?! Craziness. Unfortunately, the cost of the chip can, at times, be mirrored in the documentation made available. There's not a ton of information to be gleaned from the ESP8266's technical documents about its sleep mode(s), but there is this: 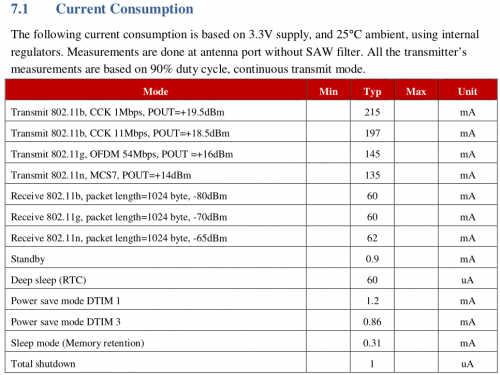 In deep sleep mode, the ESP8266 maintains its RTC but shuts everything else off to hit about 60 µA. Respectable, if not MSP430 levels. It can pull upwards of 200mA while it's transmitting, and I usually measure an average of about 75mA in normal operation. In deep-sleep mode I can get the ESP8266 Thing down to about 77µA. 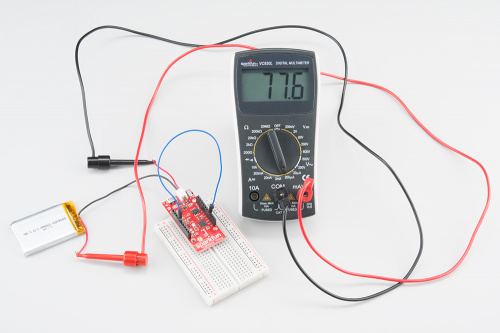 There are a few modifications that need to be made -- both in hardware and software -- to get the Thing's current consumption that low. On the firmware end, the Espressif SDK has made a system_deep_sleep([uint32_t time_in_us]) function available, which puts the ESP8266 to sleep for a specified number of microseconds. When it wakes up, it begins running the user program from the very beginning. If you're using the ESP8266 Arduino IDE, they've wrapped that function and another into a very nice ESP.deepSleep([microseconds], [mode]) function. Here's a quick example Arduino sketch for the ESP8266 that blinks the on-board LED 10 times, sleeps for 60 seconds, then repeats. A silly sketch, but it's easily expandable.

On the hardware end of things, there are couple modifications to be made: one required, one suggested. To wake itself up, the ESP8266 uses the XPD pin to trigger its reset line, so those two pins need to be connected together. If you've got the Thing, wiring up XPD to DTR works. 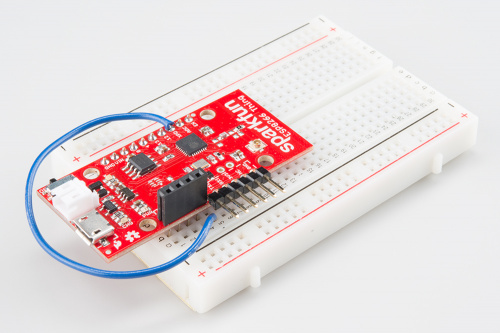 Then there's the issue of the power LED indicator: The LED serves an important purpose in verifying that the chip is receiving power, but it also pulls upwards of 8mA -- 100 times more than the chip itself pulls while it's sleeping. If battery power is really critical to your project, as crazy as it sounds, you may want to either remove that LED or cut a trace. There's a trace running between the resistor and LED that's pretty easy to hit. It's also relatively easy to short back up with solder, should the need arise. 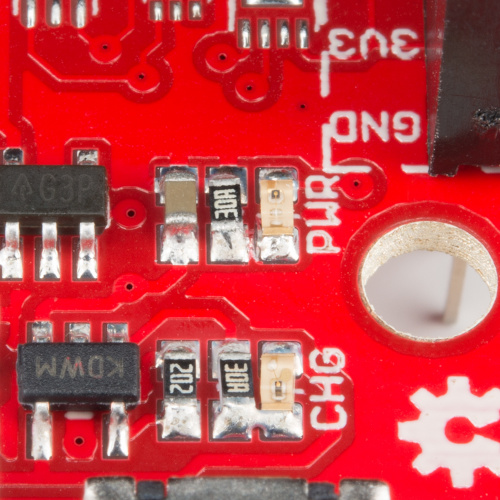 Cut the trace between the limiting resistor ("30A") and the "PWR" LED to save lots of power.

The on/off status may be tough to identify, but you can at least rest easy knowing your ESP8266 is pulling about 80µA while it soundly sleeps.

Particle's Core, and more recently, the Photon, exist in the same realm of inexpensive, awesome WiFi-enabled microcontrollers. The WiFi/MCU combos are a joy to work with, but they can be relatively power hungry. Fortunately, they both have very well executed sleep modes, which drop the current consumption down to the low µA range. The Core is said to pull around 3.2 µA in deep sleep, and, according to its datasheet, the Photon pulls around 160-187 µA. I actually measured about 128 µA while my Photon was sleeping. 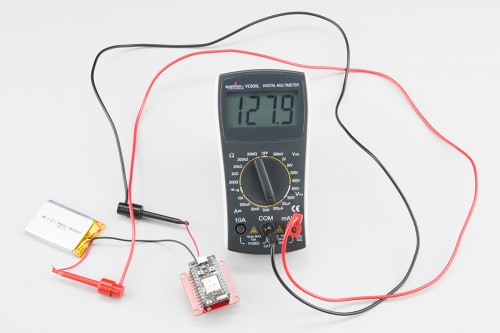 A sleeping Photon paired with our Photon Battery Shield.

Unlike the ESP8266, the Photon and Core don't require any hardware changes to enable deep sleeping. All you really have to do is make some calls to the System.sleep(SLEEP_MODE_DEEP, [long seconds]) function. Here's more example code!

The Photon's sleep functionality is great, but it can be a little finicky if you're trying to do an OTA update while it's sleeping. You've either got to catch it while it's awake, or manually reset it -- which means being close enough to press a button. Sounds like an issue they're tracking.

I've been having a great time exploring the sleep modes of the ESP8266 and the Photon. A good sleep mode is a small, but critical piece to any battery-operated project. As I begin work on a solar-powered home weather station, that's quickly become evident. Watching my station wake itself up at 60 seconds on-the-dot, read some sensors, post to data.sparkfun.com, and go back to sleep for another minute is so, so satisfying -- and the steadying state of battery charge is even more so!

Both the Photon and the ESP8266 are awesome, easy-to-develop on, and available at an incredible price point. If you've got any plans for an IoT or other WiFi-based project, I would recommend either as an excellent foundation. Their deep sleep modes should go a long way towards making projects based around them even more powerful.