The Ins and Outs of Planning AVC

What it takes to get our favorite annual event off the ground, straight from SparkFun's event planner!

The SparkFun Autonomous Vehicle Competition (a part of what is now SparkHacks) is our largest event of the year. This year's event has a lot of changes, so we wanted to give you an inside peek at what went into planning AVC 2015. 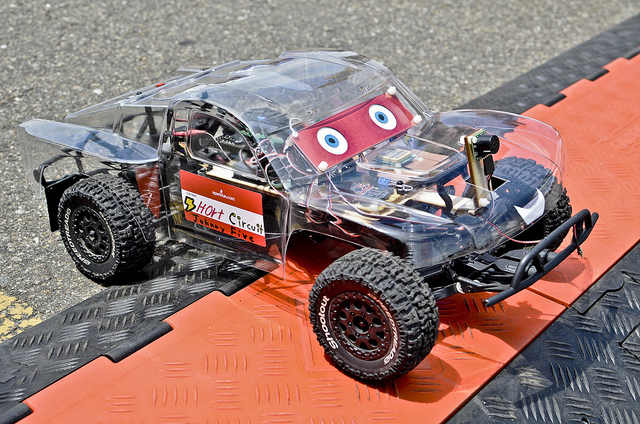 The biggest challenge may have been trying to figure out how to contain the awesomeness that is AVC on our property. Lara laid out the map early this year and alas, that challenge proved to be impossible, and we spilled over onto other parts of the Parkway. We started working with our neighbors on AVC after we moved in to the new building last September. We are very grateful that many of our neighbors have been kind enough to provide staff parking and spectator/participant parking the day of the event in their lots. Follow the signs and staff instruction for parking when you arrive for AVC, and you will be A-OK. If you go rogue, we can’t be responsible for where you may end up. But, if you get super lost somewhere out there, just know it will be alright because...

We are going to have a Hummingbird 2 Drone here – it’s used in search-and-rescue. It’s technically for display only, so don’t actually get lost on purpose just to get your aerial fix this year. The other large display we’ll have, as long as everything goes off without a hitch (time travel can be tricky after all), is the Hackster DeLorean. We are pleased to have a giant drone here alongside a DeLorean, so we chatter on about harnessing the power of 1.21 gigawatts and how the future is now. Look at the size of that drone!! It’s NOW! We’ll also have several foods trucks here to help you eat, drink and be merry as you "ooh" and "ahh" at the ‘bots and get your learnin’ on. 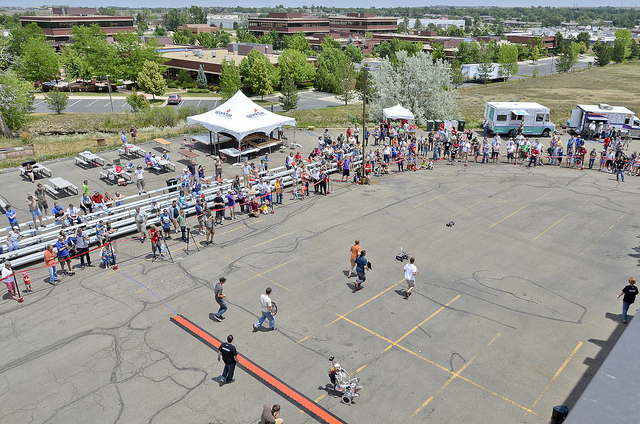 This year we wanted to add more value to AVC and provide programming aimed at both people who have an interest in electronics but no experience, as well as those who already have some experience but who may want to venture into a different facet of electronics. We started with a call to our staff to see if anyone was interested in presenting at AVC. We ended up with six topics that will be presented and taught by SparkFun staff. We also reached out to our external partners and added five more topics for programming. Coordinating schedules, gathering workshop descriptions and bios, creating registration forms, learning to edit script and finding space for all the workshops has been a time-consuming but rewarding part of planning AVC this year. We are going to cover everything from light-up greeting cards for Father’s Day weekend to the Moog Werkstatt. Look for registration links to post next week with details about each of the workshops, and sign up as soon as you can! Most workshops are limited to 15 registrants. There is no additional fee to attend a workshop – if you paid admission to the event, you can enjoy learning as much as you’d like at AVC 2015. 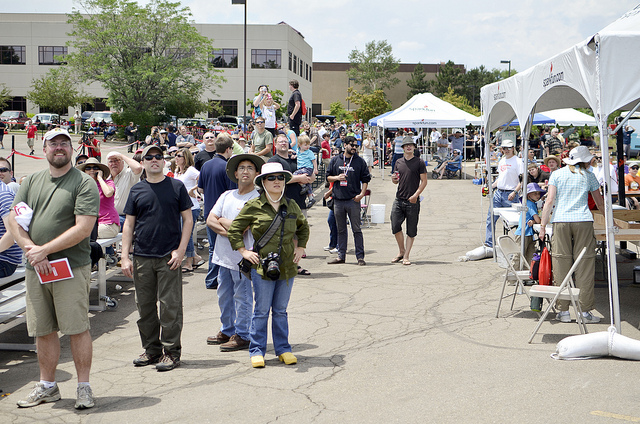 We have to rent nearly everything for this event. We rent tables, chairs, tents, generators, stages, flooring, hay bales, temporary chainlink fencing and Port-O-Lets. Have you ever tried to rent a bunch of tents during wedding season? It’s no easy task. We are lucky to work with such a fantastic rental company for special events, but even they can’t stop bridezillas from placing their rental order five years in advance. There is also a significant amount of coordination that happens to order t-shirts, pick retail items for sale, create and order signage/posters/stickers, fill thank-you gift bags, order the medals for the winners and request EMTs and an ambulance to be on site. All of this is happening while we plan other events concurrently and keep up with the non-event related parts of each of our respective jobs (we work a lot of weekends and overtime leading up to event day).

To add more fun to AVC 2015, we worked with Two Bit Circus to ship out some of their STEAM Carnival for fun DIY games for your enjoyment. A few years ago, we donated to their Kickstarter campaign, and in return they agreed to do an event with us. It’s been years in the makin’, so come and get it! Take a shot at a couple of games while you hang out inside the lobby waiting for your tour to start. We will have scheduled tours going on throughout the day so everyone can check out or new headquarters – we’ll even have the pick-and-place machine up and running. Sign-up options for tours will also begin next week and I’m sure they will fill up quickly, so don’t delay! 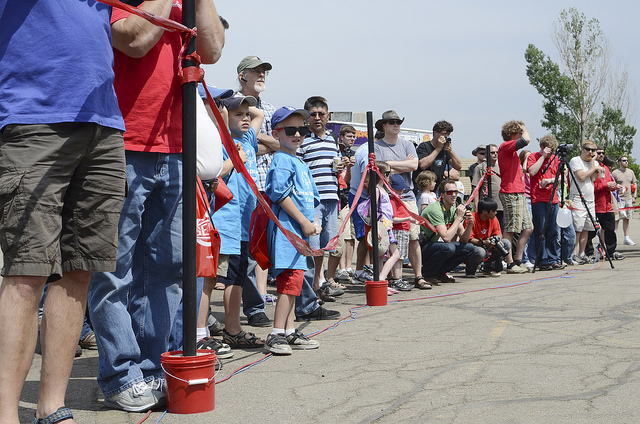 However, don’t hang out inside all day or you’ll miss the ground races. Robert and Lara took point on that, and I know there were multiple meetings and months of coordination. The area I did help with regarding registration was writing invitation letters for people from other countries to join us at AVC. Participants in this situation need to go through a visa process that requires a letter stating things such as when the event takes place, who is responsible for travel, lodging and food while the person is in the US, and other similar bits of information to verify that it’s a legitimate request. While working with some of the people hoping to visit from other countries to participate in AVC, I learned that it’s a very long process. It turned out to be one of the more complicated parts of AVC planning for me. There was a language barrier that made some things confusing, and since I had never written an official visa invitation letter before, there was a lot of research to be done. We still don’t know if all the participants who requested invitation letters will get their visas but we are crossing our fingers for all of them!

A ton of staff time and talent goes into putting this event together. Why would we continue to produce this event every year given the time, energy and cost involved? Because we love it, and we know you love it, and that makes us love it that much more! We have been planning AVC 2015 since AVC 2014. A year’s worth of coordination is about to culminate into the biggest AVC we have had yet – we hope you will be there to join us! Grab your spectator tickets here and we'll see you in a few short weeks!

Hang out with us at Denver Mini Maker Faire