One of you is getting a big ol' box of goodies.

Last week we challenged you to come up with a caption so hilarious we wouldn't be able to stop ourselves from throwing prizes at you. You all brought your best, but only one can be the most best, so let's see who won! 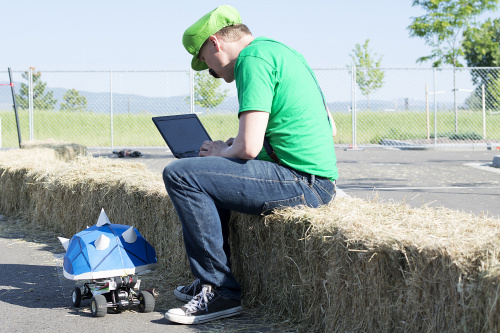 Disqualified from the AVC due to performance enhancing mushrooms, Luigi sought his revenge.

Congratulations Engineered! You will be receiving one (1) assortment of electronic goodies that we are lovingly referring to as the "box of awesome stuff for the caption contest winner." Thanks everyone who entered and we'll see you at next month's caption contest!