A Q&A with one of the creators of an awesome, potentially-lifesaving new safety device

Last week we got wind of a customer project - called Mechanek - that caught our attention. We reached out to Mark Gallagher, one of the creators, and asked him to share more about the Mechanek, how it came about, and how it has the potential to save lives and reduce injuries for race car drivers. Thanks for sharing your work, Mark!

Can you tell us a little bit about yourself and what you do?

Mechanek was a Mechanical Engineering Senior Design Project at the University of Pennsylvania. The team was made up of myself, Kristopher Li, Anthony Terracciano, and Bahram Banisadr. Bahram, Kris and I are currently Master's students at UPenn. We also had a great advisor - Dr. Matthew Maltese, who works at the Children's Hospital of Philadelphia conducting biomechanics research focusing on how to make motor vehicle crashes safer. 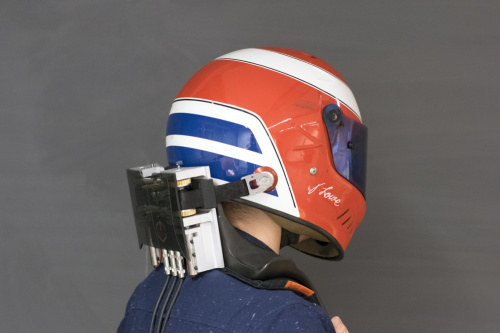 All photos courtesy of mechanek.com

On a HANS device (currently the safety standard mandated by SFI, FIA, and NASCAR), motion of a driver's head in the case of a crash is limited by two tethers. These tethers prevent overextension and flexion of the neck in a crash that can cause a type of injury called basal skull fracture, which is often fatal. Mechanek replaces the static tethers of a HANS device with tethers on motorized spools.

The tethers are designed to move in and out as the driver moves his or her head. Unlike a HANS device, which can limit a driver's range of motion and field of view, Mechanek does not restrict the driver's field of view at all, offering greater situational awareness while driving. Another benefit of the motorized tethers is that there never needs to be any slack. To provide the HANS user with some range of motion, a small amount of slack is allowed in the tethers. In the case of a crash, this results in a violent impact when that slack is rapidly taken up as the driver's head moves forward. Mechanek maintains a small amount of tension in the tethers at all times by using a current-controlled feedback loop on the motors. We were fortunate to be able to conduct comparison tests of the HANS device and Mechanek at a full-scale crash test facility called Calspan in Buffalo, NY. We conducted two 40g impact tests, and Mechanek showed a 30% reduction in the risk of concussion and mild traumatic brain injury (measured by the Head Injury Criterion [HIC]) and a 20% reduction in the risk of basal skull fracture (measured by the NIJ [Neck Injury Criterion]). 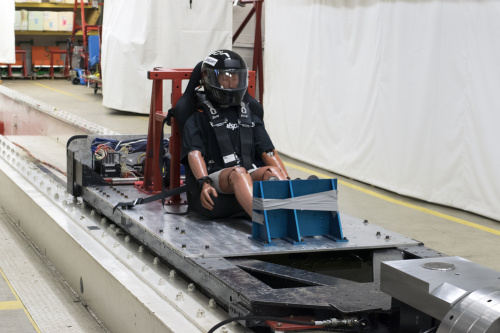 In addition to decreasing the risk of head and neck injury and offering a drivers a greater range of motion, Mechanek also interfaces with a vehicle's on-board diagnostics to attempt to predict and respond to driver loss of control before an impact happens. We're using several on-board accelerometers, as well as an OBD-II board, to look at things like brake and throttle position, wheel slip sensors, and airbag deployment sensors to try to determine whether a crash is impending and potentially move the driver's head into a safer position before a crash happens.

What was the inspiration for Mechanek?

When our team was doing some of our initial need-finding and basic research, we saw the HANS device as an area where technology seemed to have not kept up with the rest of the industry. The HANS device was developed in the early 1980's, and it hasn't changed much since. Its developers have made some changes to increase drivers' range of motion and field of view, but these changes didn't do much to make the device any safer for drivers, and it's still a completely passive device. With Mechanek, we're looking to take advantage of all the data that modern race cars are collecting, and use it to help make racers safer. 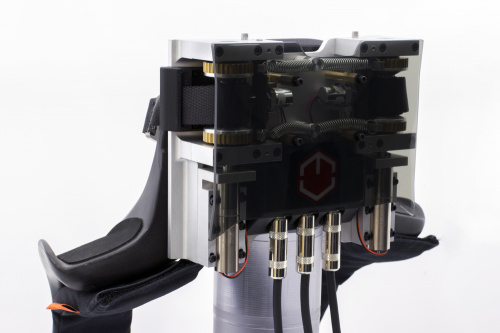 How long did Mechanek take to complete, and what materials did you use?

We completed our first prototype of Mechanek within 8 months of starting the project. The first 3 months or so were dedicated to background research and design, and then we spent the next 5 months prototyping and manufacturing everything. One thing we're proud of is that a vast majority of the components on Mechanek were fabricated by us in Penn's machine shop. We have access to a great facility with CNC lathes, mills, 3D printers and other rapid prototyping tools that we made great use of. 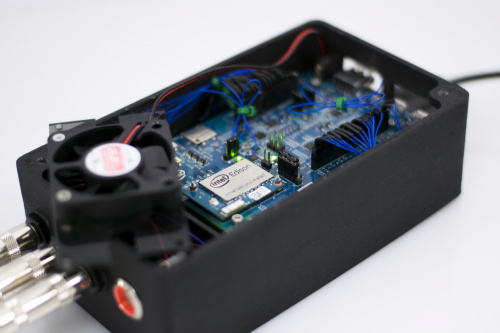 SparkFun really saved us when it came to the electronics side of the project. The team was composed of entirely mechanical engineers, and we have some mechatronics experience, but we're definitely not experts - so SparkFun's breakout boards made things a lot easier. We used three different breakouts on the sensing side: a 16g accelerometer breakout (ADXL345), a 200g accelerometer breakout (ADXL377), and a SparkFun OBD-II UART board. All of these interfaced with an Intel Edison with the Arduino expansion board. We also did some of our early prototyping using the SparkFun Edison Blocks. SparkFun components really helped the crash detection and computation side of our project come together. 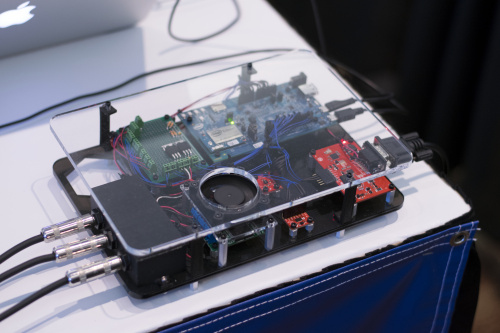 Where do you see Mechanek in the future?

In order to make Mechanek viable in the actual automotive racing field, it needs to become a lot lighter and more compact. Our first prototype was built very robustly to make sure it would make it through crash testing, but now we're working on making the package smaller. A lot of that will come from using alternate manufacturing techniques. Instead of milling most of the components from aluminum, casting them from magnesium or even using SLS could help us develop a geometry that is much lighter, more compact, and just as strong. 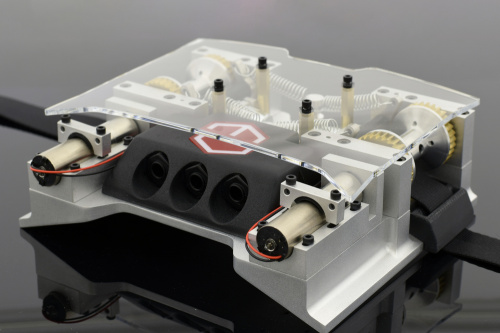 What would be your advice for someone making their own project?

I think it really helps to ask around for help. If you have an interesting project, a lot of people will be really willing to offer their time, experience, and resources. That can make a big difference to the success or failure of a project. 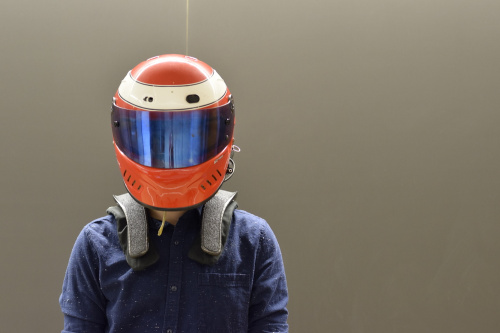 Thanks again Mark, and awesome work! If you have any questions about the Mechanek, Mark will be keeping an eye on the comments to answer them!